Alonso will make F1 decision next year as he spots "opportunities" in 2021; Hamilton and Verstappen would welcome him back, if...

Fernando Alonso has given a strong indication he is plotting a return to Formula 1 in 2021, although the two-time champion has been urged to only come back if he can secure a competitive drive.

Widely regarded as one of the greatest drivers this millennium, Alonso left F1 last year to pursue other racing opportunities - but since then has frequently insisted he had not retired or closed the door on the sport that gave him stunning consecutive titles in 2005 and 2006.

Alonso reiterated to Sky Sports F1 he is "open" to a return in 2021, when a major rules shake-up is expected to form a competitive new F1.

"Let's keep it open for the future, maybe Formula 1 in 2021," Alonso, 39 next year, said in Abu Dhabi. "2021 is the reason why I keep open possibilities because maybe things mix a little bit with the new rules.

"Let's see what opportunities come. Next year I will have a think."

Alonso quit F1 after an uncompetitive second stint at McLaren, but his comments hint at a salivating prospect for F1 fans.

"The reasons why I left in 2018 are still the same right now for me but maybe in 2021 there is a window there," the Spaniard added at the FIA awards gala.

Alonso will likely be keeping track of a bumper F1 2021 driver market, when several top seats could be available due to the expiring contracts of Lewis Hamilton, Max Verstappen and Sebastian Vettel, to name a few. He says his next big career decision is a straight fight between F1 and WEC, as he is also interested in the latter's upcoming 'Hypercar' category.

"One of the two options will be the chosen one," he said.

Alonso is set to take on the Dakar Rally, and the Indianapolis 500 for a second time, next year, but has not committed to a racing season.

Verstappen and Hamilton talk possible Alonso return
Although Alonso has not won an F1 race since 2013, and a title in well over a decade, he left the sport with his reputation intact after scrapping in the midfield with McLaren. He has shown his immense talent since then - with an LMP1 title in WEC complimenting his two Le Mans 24 Hours wins with Toyota.

Verstappen says he would like to race against the former Renault and Ferrari star again, but he should only return with a team who are contending for victories.

"He's a great driver and it would be good to see him if he could come back," Verstappen stated. "But only in a competitive car otherwise I think it's just a waste of time for him.

"But I think he knows that himself!" 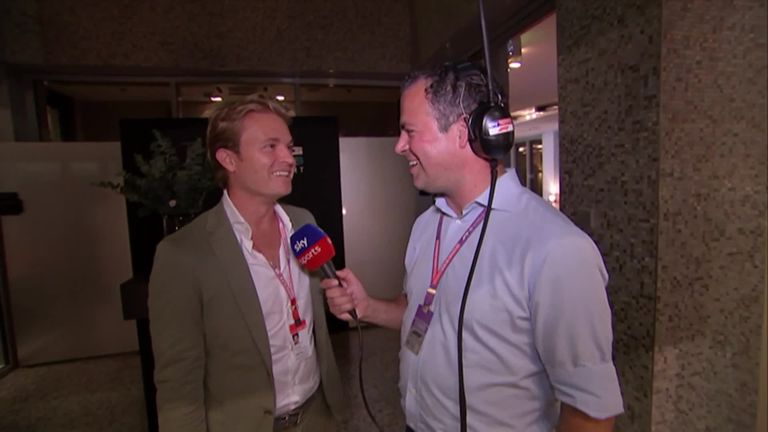 Hamilton, F1's six-time champion and Alonso's former team-mate, also said he would welcome the Spaniard back - so long as it was not blocking a youngster's emergence.

"Fernando's obviously a well-accomplished driver," said Hamilton. "I haven't spoken to Fernando so I don't know how he's been feeling or how much he's missed it, but I don't think it would be bad for the sport.

"Ultimately, there's a lot of young kids on their way up and there's only 20 seats, so he has also had his period of time there, but if there's no other good youngsters coming through then… there definitely is space for some that are currently here that probably could be replaced. So I would welcome it."