F1 driver market: Who will Mercedes and Renault turn to in 2021?

Could Vettel land a seat at Mercedes or Red Bull? Is Alonso up for a midfield battle with Renault? Will Merc stick with Hamilton and Bottas, or do they have one eye on the future? Sky F1 debate... 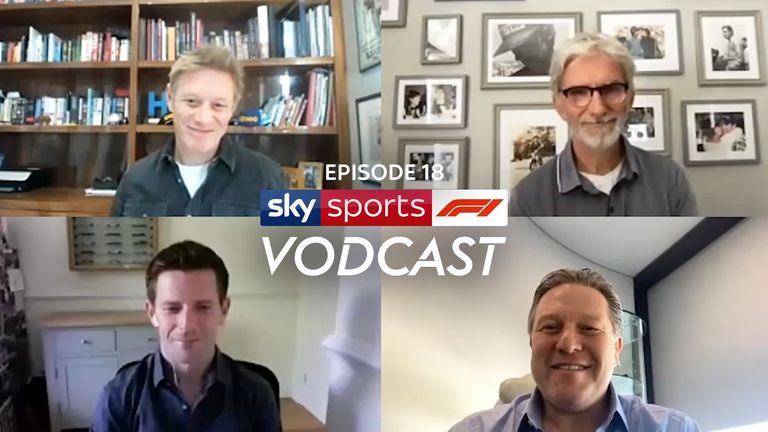 The 2021 driver market burst into life last week with the high-profile moves of Carlos Sainz and Daniel Ricciardo - leading the Sky Sports F1 team to debate what other shake-ups we could see on the grid.

Will Sebastian Vettel return? Is Fernando Alonso an option at Renault as they look for Ricciardo's replacement? And what about the only top team without a driver signed up for next season - Mercedes?

There was a lot to discuss on the most-recent Sky F1 Vodcast...

Could Vettel land a seat at one of Ferrari's rivals?

The consensus from our panel on the Vodcast was that it is likely Vettel will step away from F1 at the end of the season after losing his Ferrari drive - with few potential options for the four-time world champion.

Paul Di Resta: "I'd love to see Vettel in a car against Lewis.

"I think the only way Seb can save face is to go head to head in that Mercedes with Hamilton. Seb's got age on his side compared to Lewis, so he's still got time.

"I think the only challenge he can really do now is drive the Mercedes, or retire and do something big in F1."

Damon Hill: "I think there is an assumption that it would be alongside Lewis Hamilton. But Lewis has yet to conclude his contract - and it's not nice having another multiple world champion floating around when you're trying to do a deal with your own team!"

Anthony Davidson: "What about Vettel back to Red Bull? That's the other way he can redeem himself. Go up against definitely one of the best, if not the fastest driver in Formula 1, Max Verstappen.

"None of the young Red Bull drivers have really proved themselves yet. Alex did a great job getting thrown in at the deep end last year but for me he hasn't really proven himself against the likes of Verstappen yet. You've got a clear number one driver there, and it's a weakened line-up you'd say compared to what we saw at Ferrari last year and especially Mercedes. It was like a one-handed fight with Max really hauling that car around, and neither Pierre Gasly nor Alex Albon could really match him when all things were fair.

"So could there potentially be a place for Seb to come crawling back cap in hand to the team that created him? That would be the perfect place for him to show he's still got it."

After losing Ricciardo, Renault have a seat next to new driver Esteban Ocon for next season. Alonso has been linked with a sensational return to the team where he won his two titles, while Vettel could also be a target.

Hill: "Where are Renault going? That's the question. Why would Ricciardo leave Renault? He can see a better opportunity at McLaren.

"I think Fernando Alonso's not someone who wants to come back to Formula 1 and struggle again in an uncompetitive car. He left because he didn't have one. These guys, they don't want second rate equipment, they want the best."

Di Resta: "I think they'll leave it open for a bit. You've got to see how Ocon's going to do, and because of the situation we're in at the moment, they're being denied of that. You've got to give him time to see how he goes along.

"You've got Nico Hulkenberg sitting there who was in the team doing a doing good job as well who could come back into the hot seat. Now that those seats have been sorted I think they'll want to see some track action before doing anything else - unless you've got a box office ticket like Vettel wanting the challenge, or Alonso.

"But Fernando comes with passion. I've got to agree with Damon, you've got to have that ability to move up the grid and I don't see any light towards the end of that Renault tunnel too soon."

Will Mercedes look to the future or stick with Hamilton & Bottas?

Mercedes are the odd one out at the sharp end of the grid, with neither of their drivers signed up for next season. Hamilton has frequently stressed that he wants to stay, while Bottas would also certainly be keen to stay in F1's premier seat - though many drivers have been linked with replacing him.

Davidson: "Everyone always thinks who's going to replace Bottas - but the guy is doing a good job!

"Let's not forget the amount of pole positions he had over Lewis Hamilton and that's no mean feat. Without Lewis there, Bottas would have been champion. He does a great job for that team. I think the dynamic works really well between the two of them, Lewis gets on well with him, and there's never any blows between the two cars out on track.

"You can't have two Hamiltons there, we've seen that go wrong in the past many times. The strength of Ferrari when they had Schumacher there, there was a clear number one and a clear number two and they won everything. Mercedes are doing the same thing now, but the chat is always about who Bottas is going to be replaced by." 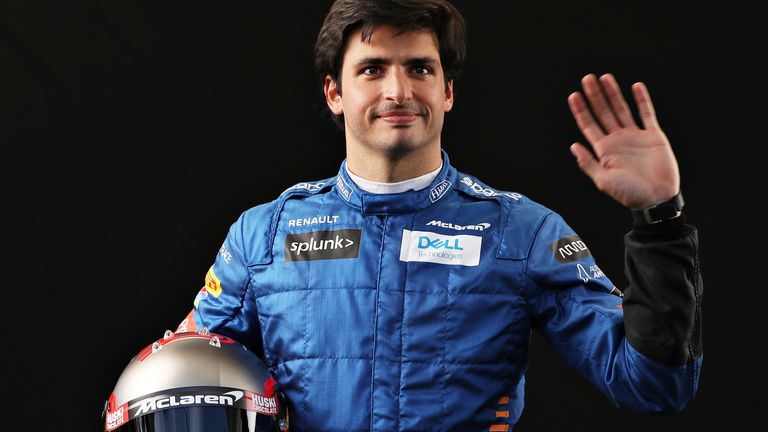 Hill: "Mercedes have also got to think about the future and how much longer Hamilton is going to go on. Does Lewis fit in the next five-year plan?"

Rachel Brookes: "I definitely think there could be something lined up at Mercedes in 2021 with George Russell. Reading between the lines, I definitely feel his ties with Mercedes, though he has a contract with Williams, there is something in there where he can get out and go to Mercedes in 2021."

Davidson: "I think at some point Russell is going to need to be tested out. You can't see what he's doing with a Williams at the back of the grid and really make heads or tails about how good the guy is.

"Personally, I think he's very good. I'm excited for Britain that we've got a real hot talent there that's going to shine in the future but he needs to be tested properly. So where do you place him? That's the difficulty.

"Aston Martin could be the opportunity to show what you can do in a good car. But Perez does a great job and Stroll isn't going anywhere. I just can't see a way in for George anywhere at this point which is really frustrating for him."