Amid the continued off-track rancour between F1's title-chasing teams, Red Bull and Mercedes return to track to begin the battle for supremacy in Hungary; Max Verstappen just fastest from Mercedes', while Tsunoda crashes out again 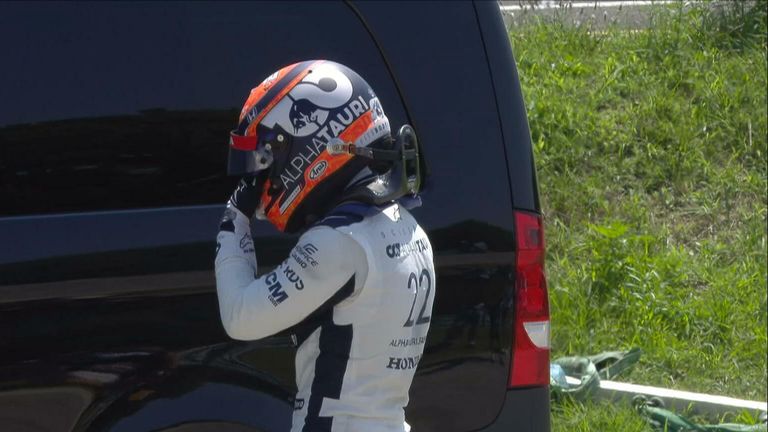 Max Verstappen set the pace on his return to action for the first time since his Silverstone crash, with Lewis Hamilton third, as F1's feuding title rivals and teams got back to track business in Practice One for the Hungarian Grand Prix.

After a tense Thursday at the Hungaroring, as Red Bull attempted to challenge Hamilton's penalty from Silverstone before their request for a review was thrown out, opening practice at a sun-kissed Budapest shifted the focus back to the battle for supremacy on the track.

Verstappen left his quickest soft-tyre run later in the session than the Mercedes drivers and finished with a quickest time of 1:17.555.

Valtteri Bottas was the lead Mercedes in second, 0.061s adrift of Verstappen, with Hamilton a tenth further away in third.

Carlos Sainz was fourth for Ferrari ahead of AlphaTauri's Pierre Gasly and Alpine's Fernando Alonso, who celebrated his 40th birthday on Thursday.

Sergio Perez, who endured a wretched Silverstone, was only eighth in the second Red Bull.

Yuki Tsunoda spun off the circuit twice in the AlphaTauri, with the second incident at Turn Four resulting in the car hitting the barriers and briefly red-flagging the session.

Alonso also had a spin at the same corner, but avoided any contact and continued in the session. 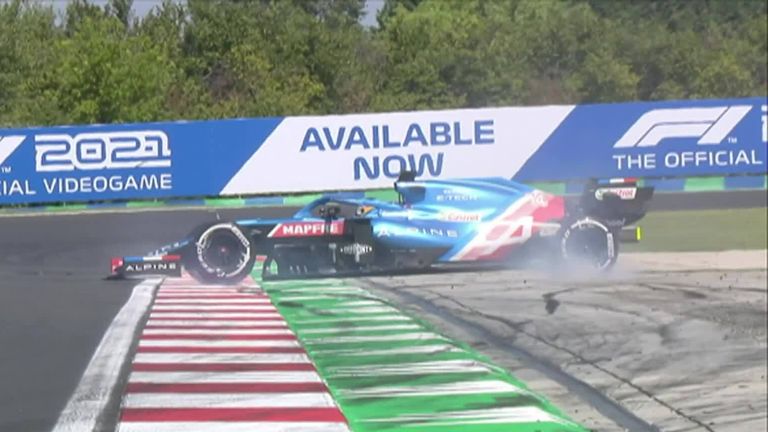