Max Verstappen: Lando Norris hails Red Bull F1 driver as one of fastest ever as he closes in on second title

Lando Norris speaks exclusively to Sky Sports F1 ahead of the Singapore GP, where Max Verstappen can clinch the title; Watch the whole weekend live on Sky Sports F1, starting with Friday's practice at 10.30am; Sunday's race at 1pm 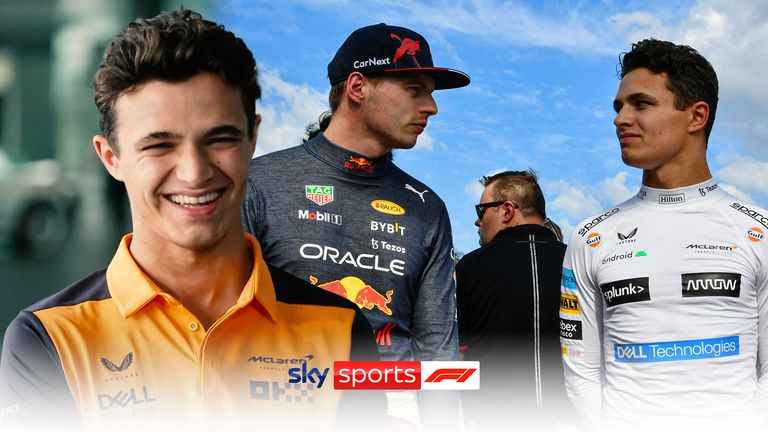 Lando Norris has hailed Max Verstappen as one of Formula 1's fastest ever drivers as the Dutchman closes on a second world title, but admits it's "frustrating" not to be able to race against him for McLaren.

After a controversial first championship against Lewis Hamilton last year, Verstappen has blitzed his rivals in 2022 and a run of five straight wins has given him a chance of clinching the drivers' crown at this weekend's Singapore GP, the first of six races remaining this season.

Verstappen, having won 11 out of 16 races, is also right on track to beat the record of 13 victories in a single campaign.

A good friend of the Red Bull star, Norris joked to Sky Sports F1 that his season "has been easy" and that "he should maybe have a go back in our car and see what it's like", with McLaren only fifth in the standings.

But in the exclusive interview, Norris also spoke of his admiration. 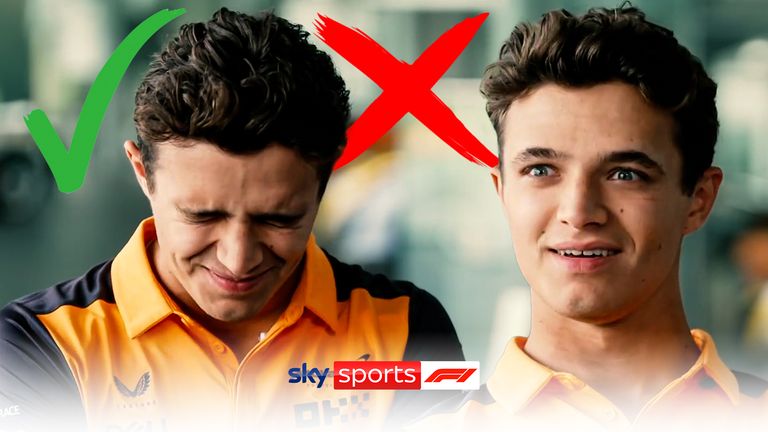 "Similar to Lewis in previous years, when you've got a car that can deliver and win races, he's the one taking those opportunities. He's beating his team-mate every time, but it's impressive to see day in and day out.

"Even Practice One, Two and Three, he's never under the limit, he's always pushing the limits. Even P1, first lap of the whole day, his times are sometimes quicker than we ever do in qualifying!

"He's one of the most talented drivers ever to come into Formula 1, one of the fastest. No doubt he's going to win his second this year and most likely go on to win a few more in the future."

Verstappen is spearheading a talented new generation of elite F1 drivers, with Charles Leclerc and George Russell - both 24 years old like Verstappen - also fighting at the front. Norris is widely regarded as possessing similar ability to those drivers, and competed against them in junior categories, although so far, despite flashes of brilliance, has had to bide his time in F1 in a less competitive McLaren.

He said he was staying patient, but admitted it was "frustrating".

"You have to [bide your time] you can't do too much else," the 22-year-old British driver explained. "You can't really complain. I still have an opportunity in Formula 1

"I still feel like when I've finished P6, P7 sometimes, I've driven the best race of my life, or I've done the best lap in qualifying and I'm P8 or P9. You have to realise that that was your goal and your objective for the day. 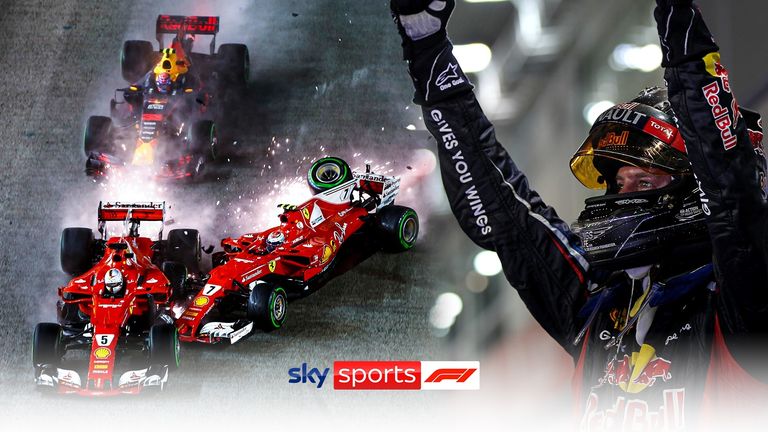 "You've got to ask yourself, have you done the best lap you could have done? Have you put everything together? And if you have, that's what you've got to be happy with, no matter if it's P10, P5, P6, whatever.

"You know you might not win a race for many years and your opportunity may come in 12 years or something like that.

"It's frustrating at times, because you feel like you deserve more at certain periods, no matter how much hard work you put in. You have a guy that can have the easiest race and chill the whole race and win a race, and then there's you sweating, having the hardest race of your life and P8.

"It's never hard feelings against anyone else, because they're probably deserving to be in that position and you just have to have faith that in a few years, or a few races, you'll have your opportunity."

Watch the spectacular floodlit Singapore GP live on Sky Sports F1 as Max Verstappen gets his first chance to clinch the title. The race begins at 1pm on Sunday, with build-up from 11.30am. Get Sky Sports F1.