How did Mercedes manage to turn the tables on Red Bull at Barcelona and what does it mean for the Lewis Hamilton vs Max Verstappen championship picture? Sky Sports F1’s Martin Brundle assesses the Spanish GP’s big talking points… 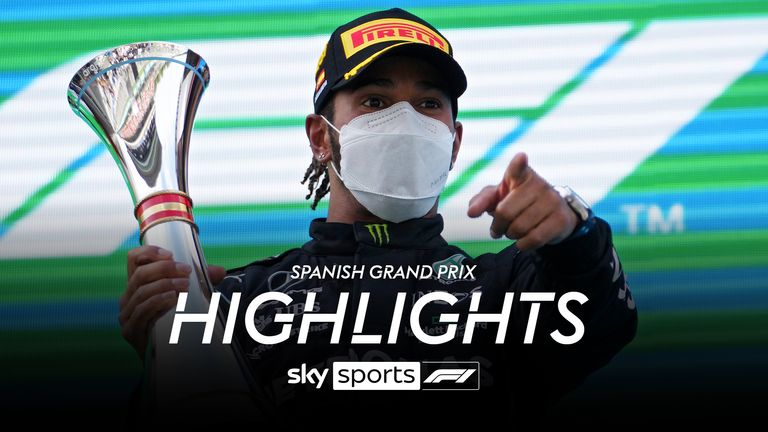 FREE TO VIEW: Watch the best bits from the Spanish GP at Barcelona as Lewis Hamilton and Max Verstappen went head-to-head for victory again.

As F1 races can go at Barcelona, the 2021 version was reasonably full of action and intrigue. For the fourth consecutive race this season, Lewis Hamilton and Max Verstappen were fighting over the same piece of tarmac in full combat mode.

Once again Max's elbows were sharper down into the first braking zone away from the start, but Lewis's experience and maturity allowed him to open the steering wheel and make enough space for the young Dutch pretender to his throne, and think about the rest of the 66 laps. He didn't need to have a crash with Max to prove anything.

If Max and Red Bull were playing 'King' in this game of chess then Mercedes and Lewis had two important pieces to his one, having already moved their rival into 'check' before the race even started.

Sergio Perez in the other Red Bull had a miserable qualifying down in eighth place after a clumsy spin and ending up a second behind his team-mate, and so up front it was once again two Mercs vs one Red Bull.

Only Mercedes had a further set of used medium compound tyres in their allocation and these would be deployed for the 'Checkmate' move later in the race.

Max got the slightly better start from the unfavoured right-hand side of the grid, which is off the racing line but had plenty of rubber from several support race starts. Hamilton stayed left all the way to the first corner, the view in his mirrors would not have allowed him to be 100 per cent sure he could safely slice across the front of Verstappen, but anyway he was hoping to help slipstream his team-mate Valtteri Bottas behind him past the determined Red Bull driver.

Max Verstappen is the early race leader in the Spanish Grand Prix after impressively overtaking Lewis Hamilton at the first corner.

It didn't work and Max literally seized the lead, critically delaying Hamilton as described above, which in turn impeded Bottas who then duly lost out to a bold move around the outside of turn three by the ever-impressive Charles Leclerc for Ferrari.

The Red Bull was firing up its tyres better than Mercedes and Max led Lewis by 1.5 seconds at the end of lap one. But the Mercedes could keep its tyres in better shape for longer.

The pace at the front was strong as they broke away from Leclerc holding up Bottas, and it quickly became a two-horse race until Yuki Tsunoda's AlphaTauri lost its motor at turn 10 forcing a safety car and closing up the pack. Verstappen's tyres had been aggressively used in vain to some extent.

All the talk before the race was of a one-stop strategy which seemed odd at a track full of fast corners and which had usually demanded at least two stops, but the field was performing collectively well and nobody wanted to drop back into traffic after a pit stop.

The safety car placing all the cars together once more compounded that. The only driver to remotely make a one-stop work on the day was Esteban Ocon in a distant ninth for Alpine.

Hamilton says he learned a lot about the Red Bull and how Max drives it by following him reasonably closely for so long, and indeed as I pointed out in commentary you could see Lewis occasionally taking tighter and different lines behind him.

Mercedes pitted Bottas on lap 23 to successfully undercut and pass Leclerc, and Verstappen pitted with a late call on lap 24, his left-rear wheel not quite ready and so it took double the normal time in four seconds. Hamilton stayed out to lap 28 and so the top three were now all on their shiny new medium compound tyres with Max having track position out front.

Lewis was catching easily in this phase though and as he looked poised to challenge for the lead Mercedes made what they called a 'bold move' and pitted him on lap 42, with just 14 laps under his tyres, for that other set of mediums.

This was the checkmate move because it was too late for Red Bull to react, and as Max's engineer described it on the radio 'a Budapest 2019' where Hamilton steamed back past Verstappen on much better tyres to take victory, as indeed he would do again for his fifth consecutive victory here.

Red Bull might have seen that coming and pitted Max first ambitiously risking that his new soft tyre could last and hoping he could hang on at the front somehow as Hamilton did on ailing tyres in Bahrain.

With Perez out of the picture some way behind, this allowed Mercedes to roll the dice and assume Lewis would close the now 23-second gap to Verstappen and not be troubled too much when having to pass his own team-mate Bottas along the way. Bottas wasn't all that helpful but such was Hamilton's pace it was a comfortable victory over Verstappen in the end. 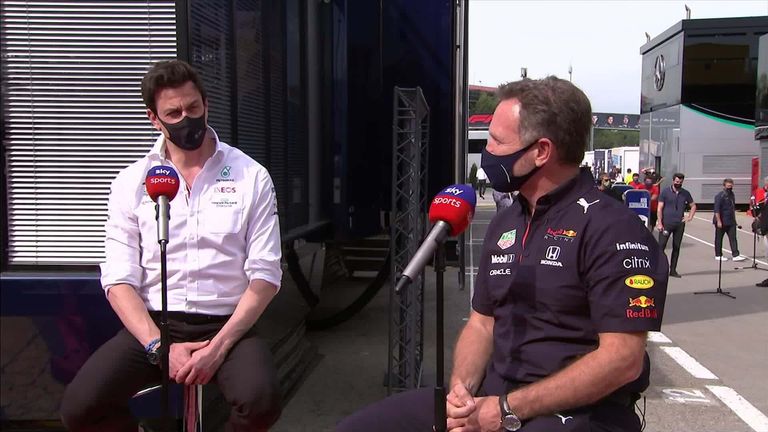 Red Bull's Christian Horner and Mercedes' Toto Wolff discussed how the outcome of the Spanish GP played out.

Red Bull simply felt they couldn't risk giving up track position out front, and Mercedes were second and third anyway so had nothing to lose. Verstappen eventually took those soft tyres on lap 60 to seize the fastest lap championship point in consolation.

On 94 points and with three victories so far in 2021 this is Hamilton's best-ever start to a championship season which is ominous for his rivals. He's on scintillating form and Red Bull urgently need more power and grip for Max, and for Perez to join the battle. Right now, it appears Bottas is more likely to take points from Verstappen on occasions than Perez is from Hamilton, and that could be critical.

It does appear that the Red Bull is highly tuned to Verstappen's preferences, driving style and formidable car control because Pierre Gasly, Alex Albon and now Perez have all relatively floundered. Sergio's head may be wiser and more experienced, but he'll need to lean on every single element of that now to play his essential role and not crumble.

Over and above Leclerc's fine fourth place Daniel Ricciardo had his best day so far for McLaren in sixth, and despite overshooting his start position and taking a five-second penalty Gasly drove well for AlphaTauri again with a championship point in 10th.

The known quantity of Barcelona showed us that the front runners, and indeed generally much of the grid, are closely packed which bodes well for the rest of the season. On to Monaco now which, of course, is a totally different challenge.