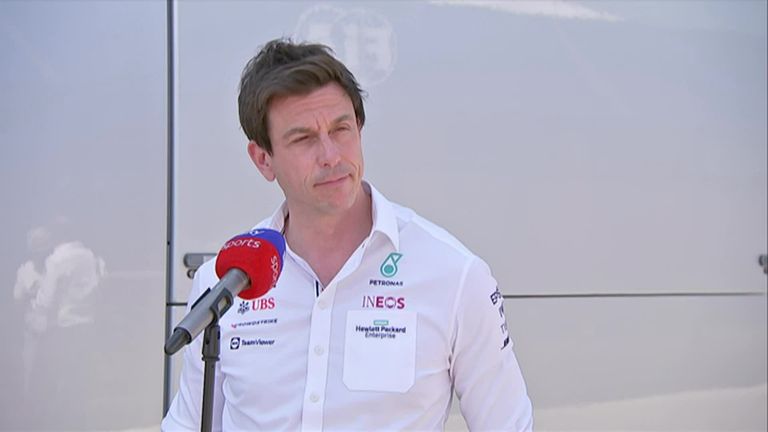 Mercedes chief Toto Wolff believes Red Bull's criticism of Lewis Hamilton went a "step too far" and says there is a need for de-escalation in the row.

Red Bull boss Christian Horner, meanwhile, described a statement issued by Mercedes on Thursday night as a "little antagonistic" - but said his team's remarks about Hamilton over the incident were "nothing personal" against the seven-time world champion or his team.

Both teams have said they want to move on from the events of Silverstone at this weekend's Hungarian GP, although the fallout from the collision between Hamilton and Max Verstappen two weeks ago has inevitably remained the dominant topic on the opening two days of the Budapest event.

On Thursday evening, stewards rejected Red Bull's attempt to hold a review into the incident and the Mercedes driver's penalty.

Mercedes issued a strongly-worded statement in response to the stewards' decision in which they accused Red Bull's "senior management" of a "concerted attempt...to tarnish the good name and sporting integrity of Lewis Hamilton".

Speaking to Sky Sports F1 after opening practice on Friday, Wolff said of Red Bull: "I think the comments that were made, surely out of emotion, were going directly against a seven-time world champion.

"Words like 'amateurish' should have no place and what it triggered was an avalanche of comments in the social media, a lot of controversy and added to further polarisation.

"I think we, as a sport, should do the contrary - we should de-escalate."

Mercedes' statement referenced the documents Red Bull submitted to the stewards in their right of review.

"The remarks that were made during and after the Silverstone grand prix were just elaborated further in the document," added Wolff in the later team boss' press conference.

"Not looking at the incident only but giving it a wider paste that was beyond other things. Just a step too far."

Horner: Nothing personal against Hamilton "The statement by Mercedes is a little antagonistic, shall we say. But I don't really read too much into it," said the Red Bull team principal.

"It has never been anything personal about a single driver. It's about the events that happened and a competition between two guys, it's not individual to any driver.

"If that had been any other driver the reaction would have been identical. So I was a little surprised at Mercedes' comments but we have put that behind us and our focus is very much on track and obviously trying to build on the momentum that we'd taken after the sprint race in Silverstone."

Speaking to Sky Sports F1 later on Friday, Horner insisted that Red Bull's "statement did not call into question his integrity".

"Toto was upset with comments I made to Ted [Kravitz, in a Sky F1 interview after the race] with what I heard him quote. Not anything along those lines."

On Hamilton and the collision with Verstappen, Horner added: "I don't think there was pre-meditation. Maybe a bit of red mist, but certainly not pre-meditation.

"We are entitled to that but in no way is that personal to him. That would have been the same would it have been any other driver on the grid."

Red Bull joined Mercedes in strongly condemning the racist online abuse Hamilton suffered in the wake of the British GP.

Why did Red Bull launch a challenge? 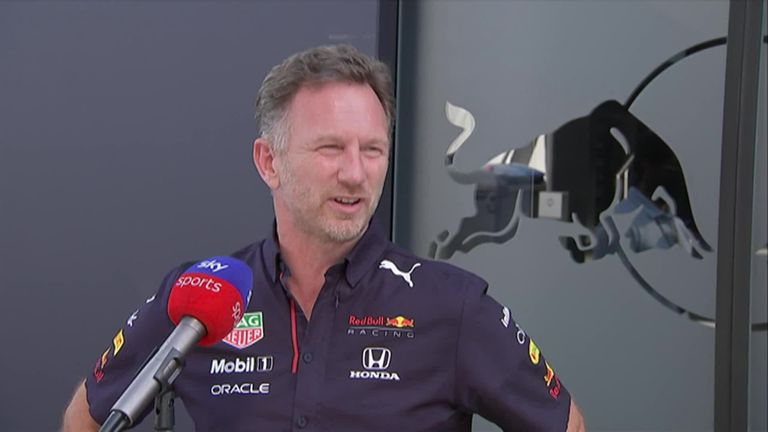 Having argued that Hamilton's 10-second penalty had been too lenient, Red Bull pushed ahead with the right to review request that is open to teams over stewards' decisions if they feel they can bring forward a "significant and relevant new element" of evidence which was not available at the time of the investigation.

Stewards discussed Red Bull's submissions in a video call with both title-contending teams on Thursday, but ruled the documents did not meet the criteria.

"The right of appeal exists for all competitors," explained Horner. "We've seen Sauber use it earlier this year, we've seen Ferrari use it in the past.

"Basically having done the analysis on that accident following the shunt that there was at Silverstone, looking at all the GPS data with all the tools that we have we felt that there was information that came to light that wasn't available to the stewards at the time of their decision making.

"So we felt it was our duty as a competitor to request that appeal, to have that hearing, to present that data and the simulations that we'd been able to create subsequent to that, to be able to demonstrate it. So that's what we did.

"I felt we had a fair hearing, we went through the data. In the end, the stewards felt that within the constraints of the regulations they have, it wasn't new evidence, so that brings this chapter to a close. It would have been remiss of us not to raise it.

He concluded: "We accept it and we move on."