Valtteri Bottas made a flying start to the Russian GP as he led home a Mercedes one-two in Practice One, with championship leader Max Verstappen third.

Bottas, last year's race winner, posted a best time of 1:34.427 on the soft tyres to finish just over two tenths ahead of Lewis Hamilton.

Verstappen had been running over a second slower than Mercedes in the leading Red Bull, but closed to 0.227s off Bottas' best time on a fresh run on softs in the final 15 minutes and was just 0.016s behind title rival Hamilton.

The Dutchman is facing a three-place grid penalty on Sunday after being found predominantly to blame for the crash with Hamilton last time out in Italy which ended both their races.

But Sergio Perez could only manage ninth place in the sister Red Bull, over one-and-a-half seconds off the pace of his team-mate. 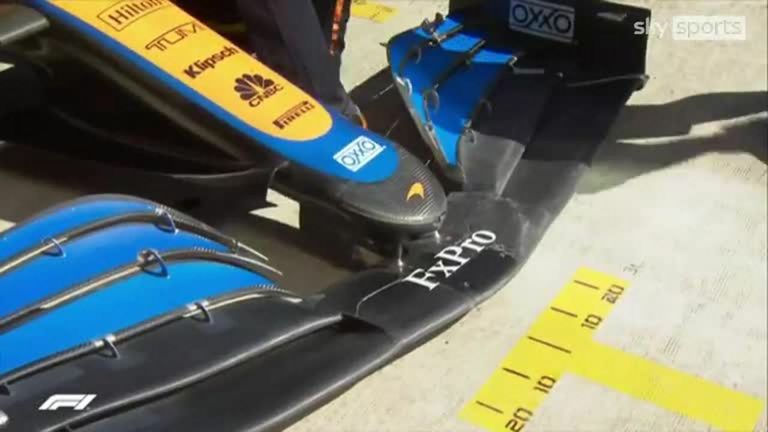 There was a peculiar end to the session for Lando Norris as he clipped the wall and spun on his way into the pit lane. The Briton, eighth fastest in the session and nine tenths ahead of McLaren team-mate Daniel Ricciardo, escaped with a slightly damaged front wing.

"He was in neutral, it's weird he was in neutral and when it re-engages that's why kicks the rear round. It seems like some sort of drive-train issue," said Sky F1's Anthony Davidson at the SkyPad when analysing Norris' spin.

McLaren are investigating the issue ahead of Practice Two this afternoon at 1pm, live on Sky Sports F1.

Leclerc will start Sunday's race from the back of the grid as this is the fourth power unit he has used this season.

Sebastian Vettel was a promising fifth for Aston Martin, finishing just ahead of Pierre Gasly's AlphaTauri and Carlos Sainz in the second Ferrari, the trio covered by just 0.030s.

Fernando Alonso rounded off the top 10 in the lead Alpine car.