"I had real dizziness and then got a bit blurry on the podium," says Lewis Hamilton after comeback charge to third; Hamilton, who admits he's "OK" after seeing Mercedes team doctor, also speaks about possibility of long Covid

Lewis Hamilton had to be attended to by a Mercedes team doctor following the Hungarian GP as he suffered with fatigue and mild dizziness.

Hamilton endured a chaotic afternoon in Budapest on Sunday, storming through from the back to third place - involved in intense wheel-to-wheel battles with other drivers throughout the race.

Afterwards, he was visibly exhausted on the podium, unable to join in the celebrations for Esteban Ocon's first win.

Mercedes confirmed Hamilton's symptoms after he missed much of his post-race media and the start of the press conference:

The seven-time world champion then revealed his struggles.

"I'm OK, yeah," he said after joining the press conference. "I had real dizziness and then got a bit blurry on the podium."

Hamilton, who missed a race due to Covid-19 towards the end of last season, added: "I've been fighting all year with staying healthy after what happened at the end of last year and it's still a battle."

Asked if he believed he had long Covid, Hamilton then explained that he has been feeling different physically this year - but that the sweltering Hungary conditions could also have played a factor.

"I haven't spoken to anyone particularly about it but I think it is lingering," Hamilton admitted. "I remember the effects of when I had it and training has been different since then. 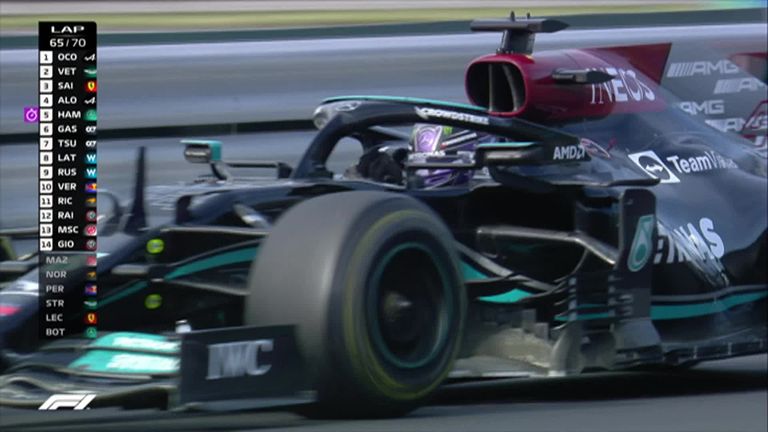 "The levels of fatigue that you get, it's different and it's a real challenge as I said.

"I'm continuing to try and train and prepare the best way I can. Who knows what it is today - maybe it's hydration, I don't know, but I've definitely not had that experience. I had something similar in Silverstone, but this was way worse."

Race winner Ocon also revealed he was noticeably more tired than usual after the Hungary race.

"It was a really hard race," said the Alpine driver. "In general, this track with the heat and the humidity, the combination of corners, you don't have a breather here so you need to really fight the car until the end.

"I feel flat, I feel completely dead as well."