Michail Antonio is fit for selection as West Ham travel across London to play Arsenal in the Premier League on Wednesday evening.

The winger pulled out of England duty and missed the weekend's loss against Hull after picking up a hamstring injury against Leicester before the international break, but Slaven Bilic confirmed Antonio would be back in action for the Emirates trip.

West Ham will be looking to put an end to a poor run of recent results that has seen them fail to win their last six Premier League outings, with the last four coming as defeats.

It is a similar story for Arsenal, who have not won in the top flight since beating Hull at the start of February, losing twice and drawing 2-2 against Man City since.

Some good news for the Gunners though, is they have lost just one of their last 17 Premier League games against West Ham, although this came in the exact fixture last season.

Diafra Sakho could also return to the West Ham squad following a lengthy spell on the sidelines but Aaron Cresswell will not feature for the next few games.

Winston Reid, Angelo Ogbonna and Pedro Obiang also remain out of action, with the latter certain to miss the rest of the season following an ankle operation.

Arsenal have a number of ins and outs ahead of the game, with Alex Oxlade-Chamberlain and Aaron Ramsey set for tests and are expected to return to the squad although Lucas Perez (thigh) will miss out.

Per Mertesacker will also be available for selection, but his fellow defender Laurent Koscielny will not feature after picking up an Achilles injury against Man City with Petr Cech - who also missed out on Sunday - not yet ready to return.

West Ham have won five Premier League away games against Arsenal - they've only won more on the road in the competition against Fulham (6).

Alexis Sanchez has scored four goals and provided one assist in his last two games against West Ham, including a hat-trick in the reverse of this fixture.

Should the Gunners win it will be their 10th Premier League double over the Hammers, more than they've achieved against any other side in the competition (also 9 vs Everton).

Andy Carroll has scored five Premier League goals against Arsenal - against no side has he scored more in the competition (also 5 vs Swansea and Man City).

There have been four hat-tricks in Premier League meetings between these sides - Arsenal vs Liverpool is the only fixture to see more in the competition (5). 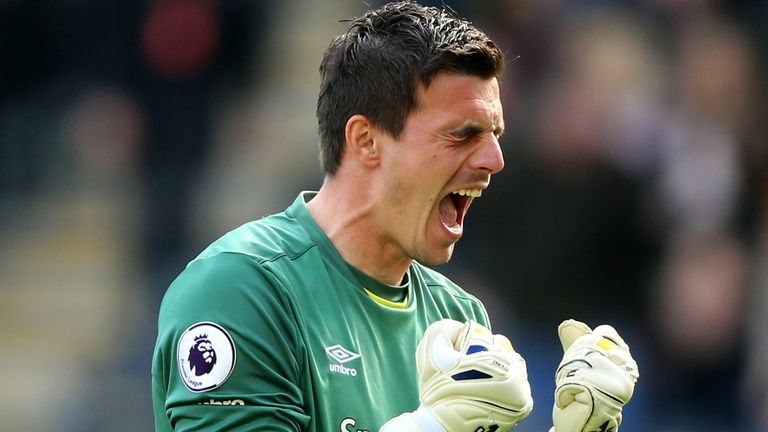 No team has scored more headed goals than Arsenal in the Premier League this season (14, level with West Brom).

I like Slaven Bilic, I think he's a good manager, but it's just one of those seasons. West Ham are struggling at the moment, and you'd expect Arsenal to win this game with the way the Hammers are playing.

The last 20 minutes against Man City for Arsenal was like an Emirates Cup game, like Austria v West Germany in the World Cup many years back. It was like: "That's a draw, we're both happy with that." Neither side wanted to lose.

West Ham are struggling, so I'm going with Arsenal.

Arsenal are the odds-on favourites at 2/5 with Sky Bet to help ease some of the pressure on Arsene Wenger with victory at home to West Ham on Wednesday night. The Hammers are on offer at 6/1 to spring a surprise at the Emirates Stadium and the draw can be backed at 19/5. Arsenal drew 2-2 with Manchester City on Sunday and the online bookmaker offers a repeat of that scoreline at 14/1.

All of the Gunners' last five matches have contained four or goals and Sky Bet go 11/10 that this contest contains over the 3.5 goals mark (odds-on at 4/6 that it doesn't).