Bournemouth boss Eddie Howe's plans for the final two games of the season have received a major boost with the return of Dan Gosling from injury.

The 27-year-old has played just 44 minutes since the 0-0 draw with Southampton on April 1 following a calf injury and returns to buoy a Cherries side that could move into the top half of the Premier League table if results sway in their favour.

Michael Keane returns for Burnley after sitting out the 2-2 draw with West Bromwich Albion last weekend, and, barring an unlikely sequence of events in the final weeks of the season, Sean Dyche's side are safe from the drop,

Along with the return of Gosling - whose injury ended his hopes of an ever-present season - Howe is also hoping to have Ryan Fraser (Achilles) at his disposal for the penultimate game of the season.

Adam Federici, Rhoys Wiggins and Callum Wilson (all knee) remain as the Cherries' long-term absentees, while Jack Wilshere (calf) has returned to parent club Arsenal to continue his rehabilitation and Benik Afobe (hamstring) is expected to be sidelined.

Ben Mee (shin) will most likely miss out on a reunion with former Clarets boss Howe, and Dean Marney (knee) is the only long-term absentee after Kevin Long returned last week. 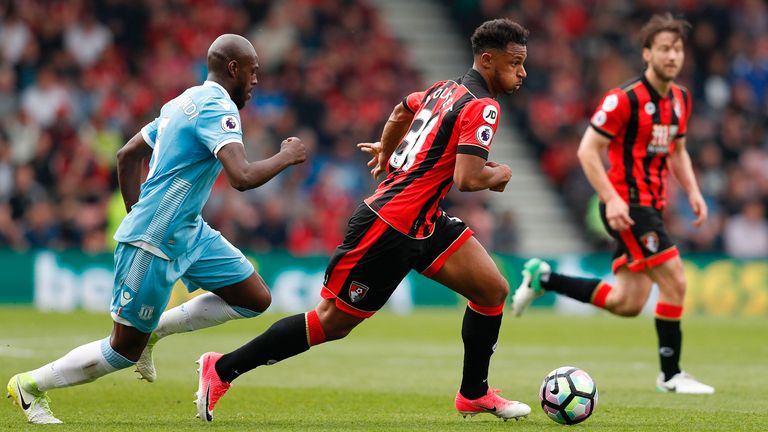 Bournemouth have lost only one of their last five home league games against the Clarets (W2 D2), a 1-0 defeat in the third tier in February 2000; Eddie Howe featured for the Cherries in that game and was substituted for current assistant manager Jason Tindall.

Burnley are unbeaten in their last seven games against Bournemouth in all competitions (W4 D3) since a 5-0 defeat in November 1998.

This will be only the second Premier League meeting between the teams, with the other being a 3-2 win for Burnley at Turf Moor last December.

Stephen Ward has found the net in his last two league matches against the Cherries, doing so for Brighton in January 2014 and Burnley in the reverse fixture this season. 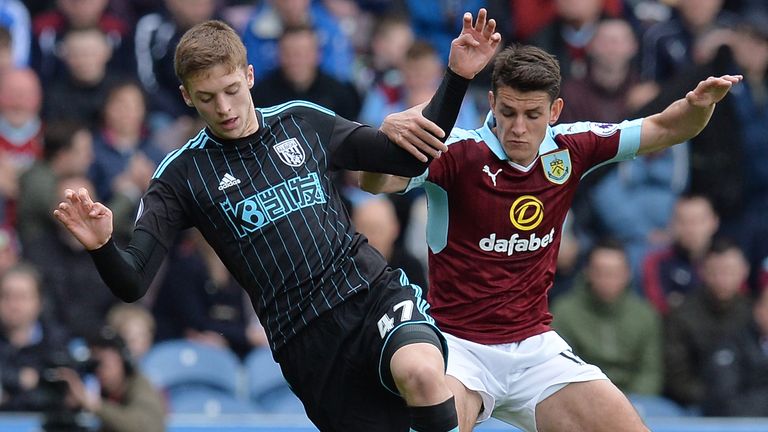 Just seven of Burnley's 40 points this season have been collected in away fixtures, the lowest proportion by a Premier League side this season (17.5%).

The Cherries have kept just two clean sheets in their last 10 Premier League games at the Vitality Stadium, conceding at least two goals in the other eight games (19 in total).

Sam Vokes has scored three times in his last three Premier League games, after nine without finding the net.

Bournemouth have scored four Premier League own goals in 2017 after just one in their previous 57 games in the competition.

I'm doing this game on Soccer Saturday and I'm looking forward to it. Bournemouth have a right go normally and Burnley finally won their last away game at Palace.

Both of these managers have done brilliantly, but Dyche just pips it for me because Burnley have come up and he's done a top job to keep them in the Premier League. That being said, I think Bournemouth will edge it.

Howe's Bournemouth are Sky Bet's 10/11 odds-on favourites to win, while his former club Burnley are priced at 14/5 for victory and the draw is 13/5. King is favourite to score first at 4/1 and for the Clarets, Vokes, Andre Gray and Ashley Barnes are all priced at 13/2 with Sky Bet to grab the first goal. Bournemouth are given 2/1 chance to finish in the top half, while Burnley are up against odds of 9/1.

Bournemouth v Burnley is included in this weekend's Super 6 line-up, with £250,000 up for grabs again following jackpot wins in the last two rounds. Enter your predictions for free here.