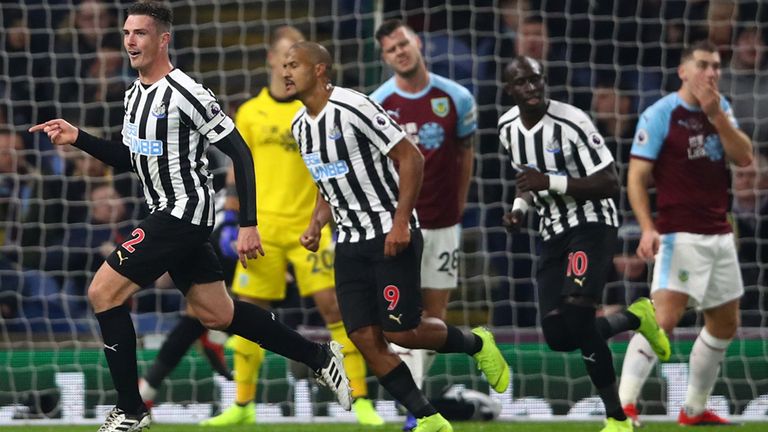 The Magpies had not tasted victory on Monday night on Sky Sports since 2012 but a Ben Mee own goal and Ciaran Clark header inside the opening 23 minutes set them on their way to victory.

After Sam Vokes halved the deficit before half-time with a 16-yard header, Newcastle spurned two glorious chances to restore their two-goal lead as Matt Ritchie produced a miss-of-the-season contender before substitute Joselu struck the post.

But Newcastle withstood a late onslaught to secure a third consecutive victory - their first away from home since April 7 - that lifts them up to 13th in the table, four points clear of the relegation zone, while Burnley remain 17th, a point above the bottom three.

Man of the Match: Federico Fernandez.

Kick-off at Turf Moor was delayed by 30 minutes after the referee's assessor collapsed in the players' tunnel. Eddie Wolstenholme was taken to hospital conscious, but referee Anthony Taylor and the two clubs decided to delay the start after the emergency.

When the two sides eventually emerged it was Newcastle that dealt with the setback better as they raced into an early lead, Federico Fernandez's curling strike from the edge of the area looping over Joe Hart via an unfortunate deflection off Mee.

Burnley reacted well to falling behind as Chris Wood registered their first shot on target with a swerving effort from distance that was saved by the face of Martin Dubravka.

Newcastle doubled their advantage a minute later when Ritchie's whipped cross from a well-worked short corner was glanced in by Clark after 23 minutes.

Kenedy lashed a shot wide from the edge of the box as Newcastle looked the greater threat in front of goal, but a moment of brilliance saw Burnley end a testing half on a high. Mee's long diagonal was met with force on the edge of the area by Vokes who looped a header over the poorly positioned Dubravka to half the deficit.

A frantic finale ensued as another long ball forward was knocked down by Vokes into the path of strike partner Wood, who saw a powerful near-post drive tipped over by Dubravka as Newcastle clung onto the lead.

Newcastle should have restored their two-goal lead within four minutes of the restart when DeAndre Yedlin pounced on a loose ball and poked a cross towards Ritchie, via Hart's fingertips, at the back post but the midfielder inexcusably missed the open goal from two yards to let Burnley off the hook.

Sean Dyche and Rafa Benitez made a change apiece as Robbie Brady replaced Johann Berg Gudmundsson for Burnley and Ciaran Clark came in for Paul Dummett in the Newcastle defence.

Wood should have punished Ritchie's howler but failed to convert three presentable chances as he shot straight at Dubravka, was denied by a last-gasp Yedlin block and blazed an Aaron Lennon cross over from 12 yards during seven frenetic second-half minutes.

Newcastle failed to put the game to bed on 80 minutes as a flowing counter released Joselu, who saw a shot cannon off the frame of the Burnley goal, but it proved immaterial as Vokes headed over in stoppage-time as the Clarets' last chance to snatch a point evaporated. 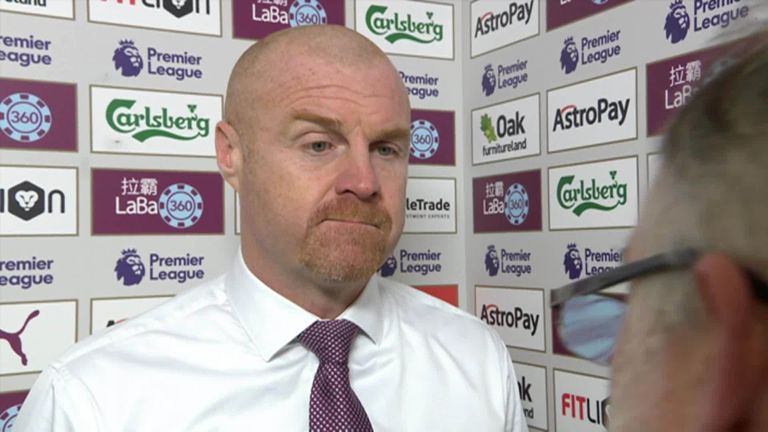 Sean Dyche says he is very frustrated Burnley came away with nothing from their 2-1 defeat to Newcastle, but was pleased with a lot of aspects of their performance.

Sean Dyche: "There were some moments of real good play. Looking beyond the result, because it's a season's work, then we are starting to come back to what we think we can be. But of course, you've got to get a result, that's the business we are in. We have to earn the right, nobody gives you anything in football, we know that, performance levels aside." 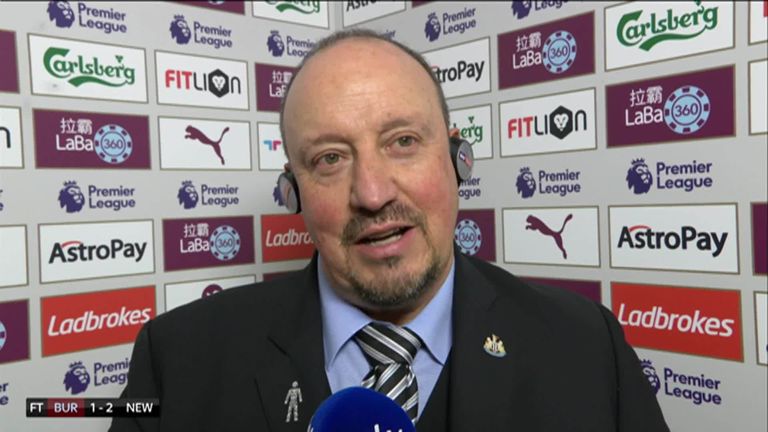 Benitez: The players stuck to the plan

Rafa Benitez: "We had an idea how to play against a physical team that was strong. The effort and attitude of the players was great, they stuck to the game plan. The team are beginning to look like what we can be, but we have to get the right side of the margins because it is tight for teams like us. Landing on those right sides is so, so important."

Man of the Match - Federico Fernandez

The Argentinian was a force at the back for a Newcastle side that were made to dig deep for the victory after spurning a handful of chances at Turf Moor. The centre-back was unfortunate to have Newcastle's opener taken away from him after Mee's deflection but went on to excel at the heart of the Magpies' three-man defence with 82 touches and 69 passes, with an accuracy rate of 86.8 per cent.

Both clubs are back in action in the Premier League on Saturday at 3pm, with Burnley travelling to Crystal Palace and Newcastle hosting West Ham at St James' Park.