Watch Chelsea Women vs Brighton Women live on Sky Sports Premier League and Main Event from 11am on Saturday; kick-off 11.30am

All you need to know ahead of Chelsea Women vs Brighton Women on Saturday; kick-off 11.30am.

Brighton boss Hope Powell has no doubt Chelsea will want to "right the wrong" of their defeat to the Seagulls last season when the teams meet again on Saturday.

Albion inflicted the only loss of the champions' 2020-21 Women's Super League campaign by beating them 2-1 at Kingsmeadow in February.

Powell told a press conference on Friday: "Last season was last season. This is a different season - but I'm under no illusion, they will want to right that wrong.

"We recognise it is going to be very, very difficult. We know that they will probably have a lot more ball possession than we'll have. We just have to be resilient and work hard for 90 minutes."

Brighton, who finished sixth in the WSL last term, opened this season with victories over West Ham (2-0) and Birmingham (5-0), then lost 1-0 at home to Aston Villa, before advancing into the FA Cup semi-finals on Wednesday by seeing off Championship side Charlton 1-0.

Chelsea lost their first match of the campaign, going down 3-2 to Arsenal at Emirates Stadium, before thumping Everton 4-0 and Manchester United 6-1, then winning 4-0 at Birmingham in the last eight of the cup.

Powell added: "I'm hoping they have a real dip in form, that would be good for us.

"They are a top-quality side with top-quality players. They have the depth that far outweighs ours. But we did it last season. A bit of luck, a dip in their form perhaps, you never know."

Kirby told the club's official website: "We were really disappointed to lose the first game of the season, but we've used that as fuel and motivation.

"You can see in our performances now that we are hungry and motivated to score goals and get the three points.

"Playing at our home ground, we see it as a fortress and we want to make sure we continue to do that for the fans."

Saturday's other match sees leaders Arsenal, who have maximum points from their three games so far, travel to an Aston Villa outfit lying two points behind in third.

Villa boss Carla Ward - in quotes on their official website - said the victory at Brighton last weekend was "the performance of the season so far" from her team.

She added: "We've still got work to do, we've got to keep improving. We have to build on it. We have to keep ourselves grounded."

Chelsea Women vs Brighton Women is live on Sky Sports Premier League from 11am; kick-off 11.30am. You can watch free in-game clips in the live match blog on the Sky Sports website and app. Highlights will also be published on the Sky Sports digital platforms and the Sky Sports Football YouTube channel shortly after the final whistle. 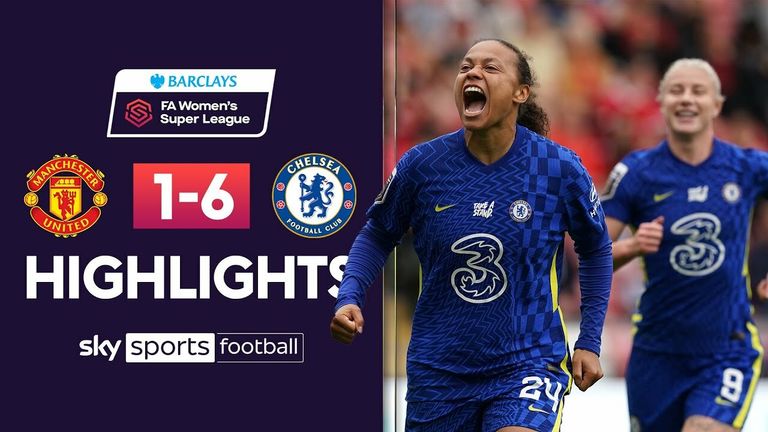 Highlights of the Women's Super League match between Manchester United and Chelsea. 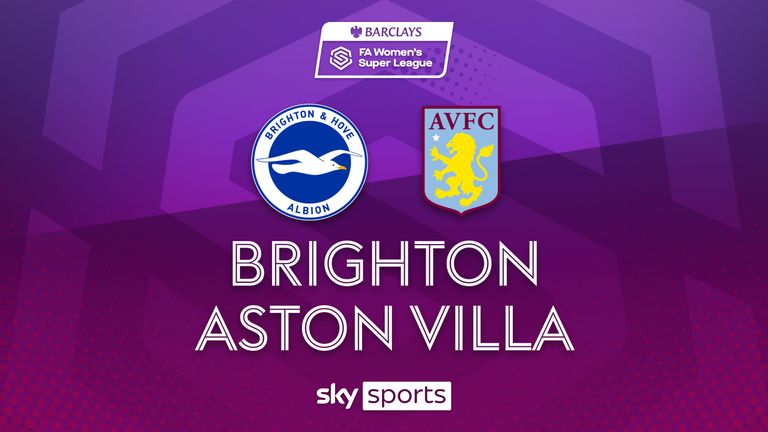 Highlights of the Women's Super League match between Brighton and Aston Villa.