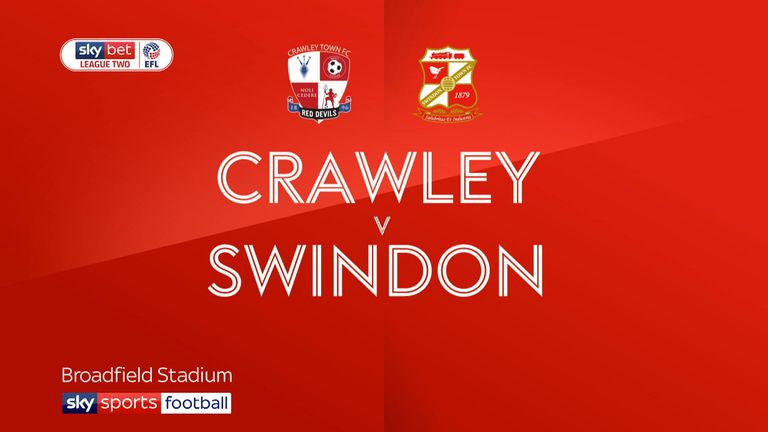 Ollie Palmer struck a dramatic stoppage-time penalty as Crawley salvaged a point with a 2-2 draw at home to nine-man Swindon.

Crawley goalkeeper Glenn Morris blocked a goal-bound shot from defender Kyle Knoyle before Keshi Anderson doubled the lead in the 37th minute by beating Morris at his near post with a low shot.

Swindon midfielder Toumani Diagouraga was shown a straight red card for a challenge on Milsom before former Lincoln forward Palmer put Crawley back in the game with his third goal of the season from close range in the 51st minute.

The Robins went down to nine men two minutes later when Dunne saw red for a lunging tackle on skipper Jimmy Smith.

Crawley pushed hard for an equaliser and Smith was denied by the woodwork before keeper Lawrence Vigouroux kept out shots from Josh Payne and George Francomb.

Payne received a straight red card for bringing down substitute Steven Alzate before Palmer rescued Crawley a point in the last minute of stoppage time with a coolly-taken penalty after he was brought down by Marc Richards.