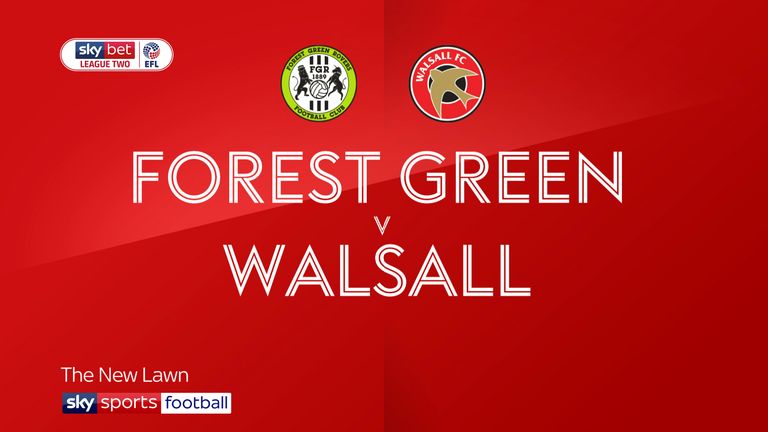 Highlights of the Sky Bet League Two match between Forest Green and Walsall.

Josh Gordon's 50th-minute penalty and a sumptuous strike from substitute Wes McDonald in the 72nd minute put Walsall in control.

Forest Green made the game interesting when Aaron Collins flicked home with four minutes to go but the Saddlers hung on.

With seven minutes of the first half to go, dogged Walsall defending maintained the deadlock. Odin Bailey's corner was completely misjudged by Roberts with March appearing to get a glancing header onto the bar and, in the ensuing melee, Cameron Pring hacked the ball off the line.

Rovers pressed the self-destruct button in the 50th minute. Kevin Dawson's aerial challenge floored Liam Kinsella in the box and Gordon rattled the penalty home despite Conrad Logan getting a glove to the ball.

Pring cleared off the line for the second time - denying Rovers' Chris Stokes on his second Forest Green debut.

A moment of individual brilliance from McDonald saw the Saddlers go 2-0 up. Running at the Rovers' defence, McDonald burst into the box to lift the ball deftly over the advancing Logan.

Collins' late goal put the game on edge for Walsall, who remained resolute in five minutes of added time.