Report and free match highlights from the Sky Bet Championship clash between Hull City and Reading at the MKM Stadium as a late Ryan Longman own goal saw the Royals nick victory on Saturday afternoon. 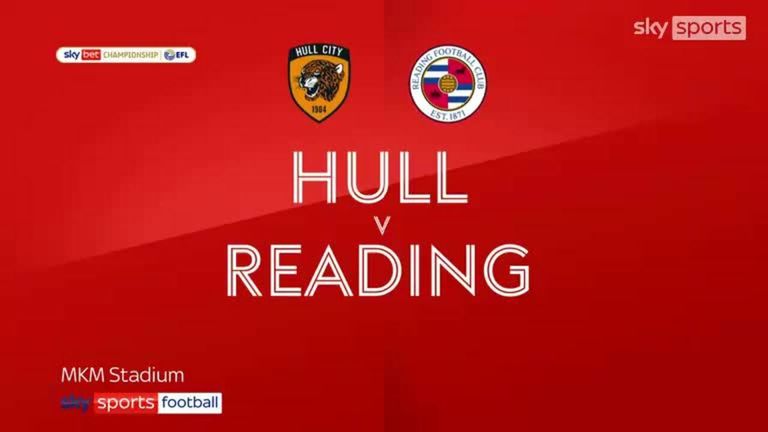 Highlights of the Sky Bet Championship game between Hull City and Reading.

With the game meandering towards a draw, Longman was adjudged to have put into his own net after substitute Andy Carroll tried his luck with a header off Tom Ince's free-kick from the left.

Jcob Greaves' ninth-minute header appeared to have put the Royals, who had won just once in nine previous starts, on the unwanted path towards further misery on the road.

But Paul Ince must have welcomed the response from his players following that setback as they equalised after 32 minutes through Yakou Meite, who seized upon uncertain defending from a corner.

New Hull manager Liam Rosenior, a fans' favourite during his time as a player in East Yorkshire, will feel hard done my as his players largely controlled the game.

But the hosts never really kicked on after the interval and created precious little where it mattered most of all.

Rosenior must surely have fancied his chances on his first home game as manager once Greaves opened the scoring at such an early stage.

The Hull-born defender was left unmarked towards the back post as Jean Michael Seri whipped over a corner from the right that could not have been missed.

Indeed, it could have been a carefree afternoon for Rosenior had Tobias Figueirerdo shown greater composure just sixty seconds before the opening goal.

Ryan Woods initially did well to keep alive another Seri corner, but Figueirerdo - in a similar position from which Greaves scored - lacked power with a header that was easily pawed away by Dean Bouzanis.

Reading fans might have anticipated even greater damage before the interval as Hull looked a threat whenever they went forward once Greaves opened the scoring.

But, rather against the run of play, they equalised.

Hoilett then sent over a lovely set-piece towards the back-post from which Meite bundled home on his 150th career appearance for Reading.

Chances from either side were limited thereafter, but Hull's possession-based approach kept a tiring Reading on the back foot in the second half.

Yet the Tigers became increasingly frustrated by the visitors, who withdrew offensively on the hour but, ironically, looked the more likely scorers.

And so it proved deep in injury time when Hull failed to anticipate a Tom Ince free-kick from the left, from which Carroll header's was diverted into the back of the net by Longman's right shin.

Hull's Liam Rosenior: "It's a tough one to take considering our control and domination in the second half. I'm not going to have a go at players - they've given me absolutely everything this last week - but what we need to do is work on the small details.

"That's something I'll work really, really hard on to make it better. We have to control what we can control. We've had two really difficult away trips and we were without our top scorer (the suspended Oscar Estupinan)."

Reading's Paul Ince: "We didn't deserve to get the three points - a point for each team would have been a fair result. But one thing about this team is that they will fight for you. It's three points that we needed and the timing (before the World Cup break) is fantastic.

"We dig in and fight and find a way. By the time we get back on December 10, we will be stronger defensively."