Match report and free highlights as Newcastle win 1-0 at Leeds; Jonjo Shelvey's second-half free-kick hands Eddie Howe's side just a second Premier League win of the season; as a result, the Magpies move up to 18th in the table, while Leeds stay 15th

FREE TO WATCH: Highlights from Newcastle's win against Leeds in the Premier League.

Jonjo Shelvey's second-half free-kick gave Newcastle a much-needed 1-0 win at Leeds as Eddie Howe's side recorded just a second Premier League win of the season after what he described as a "heroic effort" from his players.

Leeds came into the clash looking for a third win in a row to move further clear of the relegation zone, only to be dragged nearer trouble after a stuttering display against resolute opponents.

Dan James was denied early on by an excellent reflex stop from Martin Dubravka as Jack Harrison - watched on from the stands by England boss Gareth Southgate - carried on where he left off at the London Stadium last weekend.

Man of the match: Jonjo Shelvey

Newcastle were not without their own threatening moments, however, with Shelvey going close to opening the scoring just before the half-hour mark, only for the playmaker's well-struck volley to be beaten clear to safety by the flying Illan Meslier.

However, it was the Newcastle playmaker who did finally make the crucial breakthrough with just 15 minutes to go as his low, curling free-kick from the left edge of the area somehow managed to evade Meslier's grasp.

Leeds' club record signing Rodrigo returned to the starting line-up for the first time in two months. Rodrigo, who last started for Marcelo Bielsa's side at the end of November, overcame a heel injury and was one of two changes.

Diego Llorente was back from suspension, while Adam Forshaw and Junior Firpo missed out after both sustained hamstring strains in last week's win at West Ham.

As much as Leeds huffed and puffed to level matters thereafter, it was the visitors who went closest to scoring again as Howe's side jetted off to their training camp in Saudi Arabia in buoyant mood having moved up to 18th in the table, one point from safety, while Leeds stay in 15th.

Elland Road a home from home for the Magpies - Opta stats

Bielsa: 'We couldn't convert our chances' 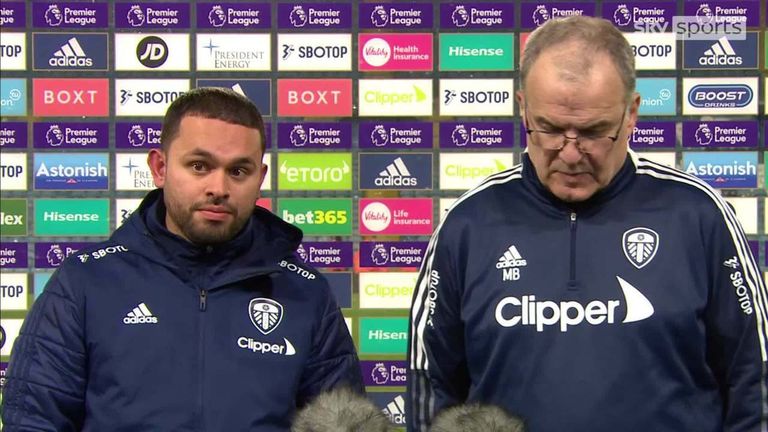 Marcelo Bielsa believes his team were unlucky not to come away from St James' Park with a result but conceded that his side lacked a finishing touch in key moments.

"Normally, in the games where you could score and you don't, some detail unbalances the game against you. I have the sensation that's what happened.

"Even if in the last 15 minutes we failed to create enough danger, prior to that in the rest of the game we had done enough to be ahead."

Howe: 'It was a heroic effort' 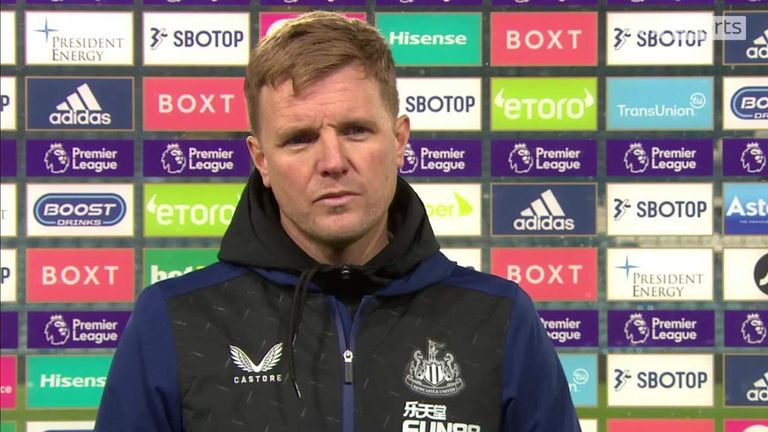 Eddie Howe hopes that Newcastle's win against Leeds can be a turning point in the season as they look to get out of the relegation zone.

"To a man, everybody really contributed to that win today. There was an incredible intensity in the game and there always is when you play Leeds.

"We had to be really good physically. We obviously ended up with a few injuries off the back of that, but it was a heroic effort in the sense that we committed everything to the game and I thought the players were outstanding."

All good things come to those who wait and that includes Premier League wins on the road, as Newcastle found out on Saturday.

Not many people would have predicted Eddie Howe's side coming away from Elland Road with all three points. But after a resolute display, the visitors held on to record a massive 1-0 victory, the north-east club's first away league win of the season at the tenth time of asking.

Sure, the victory was slightly fortuitous in that Newcastle often rode their luck at times, while Jonjo Shelvey's second-half winner owed a lot to a mistake by Leeds goalkeeper Illan Meslier.

However, you make your own luck in football, as the old adage goes, and that was certainly the case on the weekend as the visiting players ran themselves into the ground to protect their narrow lead.

That led to unwanted injuries to the likes of Joelinton, Paul Dummett and skipper Jamaal Lascelles, although the club's trip to Saudi Arabia for a warm-weather training camp may help to soothe some of those aches and pains ahead of their next clash at home to Everton on February 8.

Man of the Match - Jonjo Shelvey

Shelvey produced an impressive display at Elland Road, not only scoring the winning goal, but also bossing the midfield battle throughout.

The former England international, who almost opened the scoring in the first half with a volley from the edge of the area, was always going to be the man behind Newcastle's 75th-minute free-kick, despite Allan Saint-Maximin's best efforts to persuade him otherwise.

While Shelvey's actual strike appeared to lack the power to really trouble Meslier in the Leeds goal, the France U21 international generously allowed his shot to squirm past him for the winner.