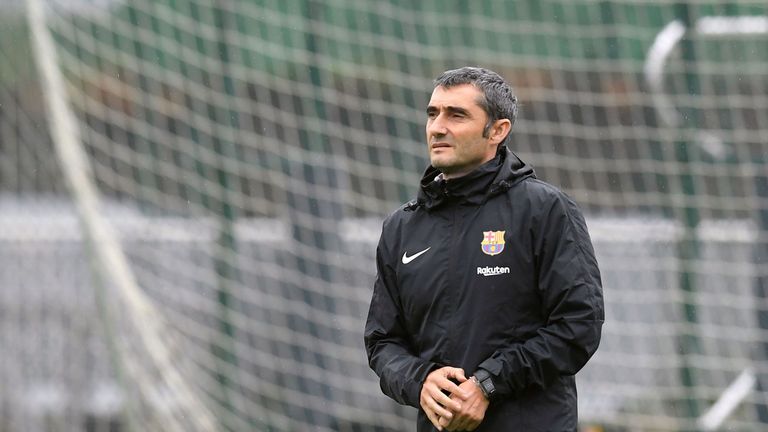 Ernesto Valverde has hit out at Pep Guardiola after Barcelona-bound Frenkie De Jong claimed to have spoken to the Manchester City boss about a transfer to the Etihad Stadium.

Ajax agreed a deal worth up to €86m (£74.5m) with Barcelona earlier this week that will see the 21-year-old midfielder move to the Nou Camp in July.

De Jong's revelation has infuriated Valverde, who lashed out at former Barcelona boss Guardiola for appearing to act improperly.

"You can't call a player who already has a contract," Valverde said.

"It isn't my code of conduct to call a player who is under contract with another club. If I do it, I won't say it. If the player says it then it is his problem.

Guardiola has been targeting a midfield signing since last summer when Manchester City failed to land Italy international Jorginho, who opted to join Chelsea instead.