The FA Cup could trial new video technology next season after football's law-makers agreed in principle to increase the use of replays.

The International Football Association Board is proposing to experiment with further video assistance for officials in four key areas: contentious goals, penalty decisions, red cards and cases of mistaken identity.

The plans will now be put to the vote at IFAB's 130th Annual General Meeting in March, where delegates will be given the "strongest possible recommendation" to agree.

And the trials could even take place in next season's FA Cup or Scottish Cup, with FA chief executive Martin Glenn and Scottish counterpart Stewart Regan both willing to act as guinea pig.

Glenn said: "I'm very happy for things within my direct control - the English FA's direct control - to be part of that. We are big supporters of the use of technology. So, what do we control? We control the FA Cup. 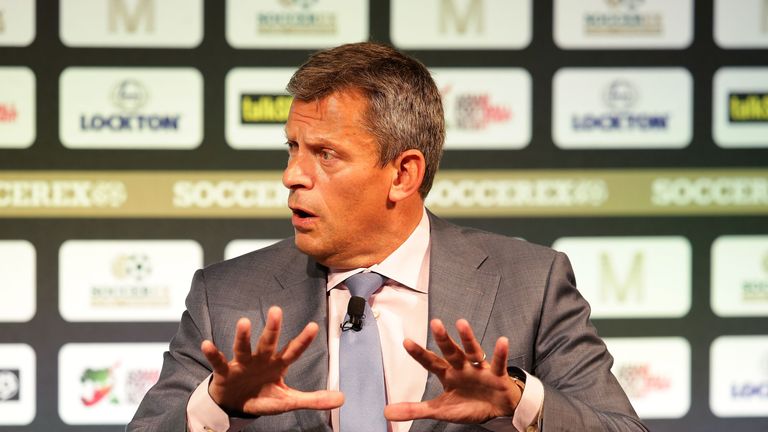 We are big supporters of the use of technology. So, what do we control? We control the FA Cup.

"We think it can be a real addition to the game, so obviously we would be available to be a part of that process, but let's make it a good experiment as opposed to trying to please everyone.

"We have to define the experiment that works, which kind of games, which kind of refereeing protocols, and if it's relevant to do something in England, we absolutely put our hand up."

Regan said: "It's one that we would certainly discuss as a board. As a personal preference, it's something I'd like to see push forward."

Full details are yet to be finalised, but it would be up to the referee to ask for video assistance and two years of trials would be needed before the changes became law.

The proposals were agreed at IFAB's Annual Business Meeting on Thursday, when other items on the agenda included sin-bins, allowing a fourth substitute in extra-time and modernising the laws of the game.

Former referee David Elleray is putting together a streamlined version of football's laws which could be ready for use at next summer's European Championship finals.

The other issues, and the so-called 'triple punishment' where a player is red-carded for committing a professional foul in the penalty area, will be up for further discussion at IFAB's AGM.