Arsenal boss Arsene Wenger will not panic after Liverpool defeat

Arsene Wenger says Arsenal do not need to panic despite losing 4-3 at the Emirates to Liverpool in their Premier League opener on Sunday.

Theo Walcott gave the Gunners the lead on the half-hour mark, but Liverpool fought back brilliantly with four goals in a 20-minute period either side of half-time.

The hosts managed to reduce the deficit to a single goal but were unable to avoid an opening day home defeat for the second successive season.

Despite being booed off by some fans at the final whistle, Arsenal boss Wenger told Sky Sports: "It's not pleasant but we have shown in the past that we have the mental strength to bounce back. We have to not panic.

"We played a very good first half and we were unlucky to concede just before half-time because the free-kick looked very harsh. 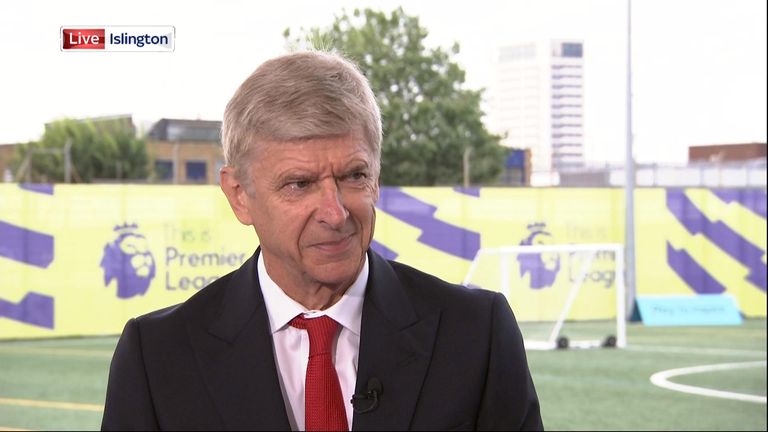 "I have said many times that we are working very hard to get one or two players in."

"We didn't recover properly and we paid for the lack of experience at the back and the fact some players are not ready physically to last 90 minutes at that level.

"It's disappointing because in the first half we should have come out with at least a one-goal lead and then 10 minutes later you are 3-1 down. We lacked a bit of stability."

Asked whether the result will force Arsenal to invest in the transfer market, Wenger said: "We need players back, I have said many times that we are working very hard to get one or two players in. There is not much time left, but it has to make sense and be quality.

"It's about identifying the players and getting the right availability."

With Per Mertesacker and Gabriel out injured and Laurent Koscielny unavailable having only recently returned to training following Euro 2016, Calum Chambers and Rob Holding started together at the centre of defence.

The duo looked largely comfortable in the first half but could not cope after the break as Liverpool raised the tempo.

"At the back we lacked a bit of maturity but we knew that before the game," said Wenger. "We have shown mental qualities to come back and fight."