Sakho has helped Palace record back-to-back victories against Middlesbrough and West Brom in his two games at the heart of their defence, with the club yet to concede a goal with him in the side.

Liverpool were looking to sell Sakho to Palace on a permanent transfer before striking a loan deal on Deadline Day in January, with the 27-year-old having not featured for Jurgen Klopp's side since April of last season. 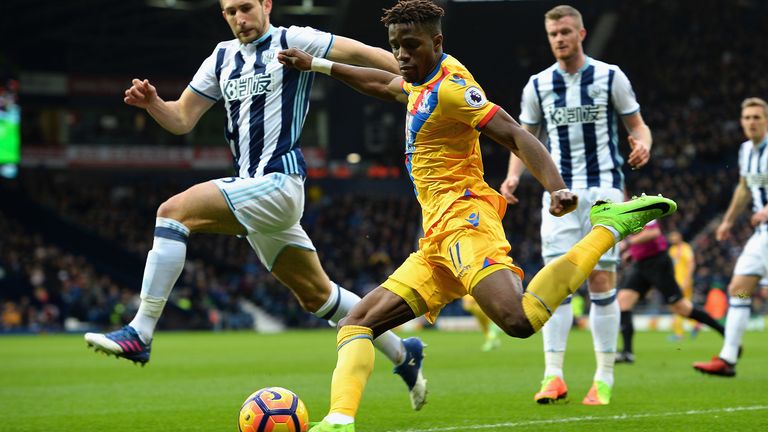 But after Palace manager Sam Allardyce turned to a new centre-back pairing, Sakho has made an immediate impact alongside summer recruit Tomkins.

"Mamadou has come in and he's good to play alongside because he is so chilled and calm," Tomkins told Palace's official website.

"He has been brilliant since he has been here and it's a joy to play with him and I am enjoying my time as we learn from each other and let's hope it can keep going.

"From a personal point of view I think I have been playing well and it's so big to be keeping clean sheets in the Premier League and it's something the manager has always been big on and he has not changed one bit.

"He is trying to keep us as solid as we can and we will always have goals in us at the other end from our front three."

Allardyce has also found some effective continuity in Palace's wide areas, with wingers Andros Townsend and former Manchester United player Wilfried Zaha providing the goals in Palace's 2-0 win at The Hawthorns on Saturday.

Townsend had struggled to make an impact after arriving at Palace in the summer, scoring just one goal in 29 appearances prior to last weekend.

Newcastle discussed the possibility of the player returning to the club in January, according to Sky sources, but Tomkins believes the 25-year-old's commitment to Palace is now paying off.

"It's good for the two lads to get the goals, Andros works really hard and you see that with the effort he puts in and we all know what Wilf is capable of doing, the fans have seen that for years now," Tomkins added.

"It's good for them to both play so well and massive for us to see them get the two goals."