The Dutchman, who succeeded Allardyce in June, paid the price for making the worst start of any top-flight club in 93 years as Palace lost all of their Premier League games without scoring.

Sky sources understand Roy Hodgson has been lined up to replace him, and Allardyce feels the enormous financial repercussions of relegation from the Premier League are making football boards more impatient than ever.

"I have just heard the news that Frank has left today which is obviously very disappointing for him and for Palace," Allardyce told Sky Sports News at the BGC Partners Charity day, held to remember the friends and colleagues who died in the 9/11 attacks.

"But it shows the panic in football today is ever increasing due to the size of the money and the fear of losing your position in the Premier League.

Very disappointed about the decision but never the less I want to thank the players, staff and the fans for their support. Good luck for the future. 👍🏻🔴🔵#cpfc

"As a manager, you have to live or die by your results and unfortunately now that is quicker than ever. It is a great shame that Palace have not continued where I left off.

"But I watched them yesterday and I have to say the fact they actually lost the game was beyond me. Twenty-two attempts at goal, complete domination but unfortunately the guys at the end, when the chances came, couldn't put the ball in the net. 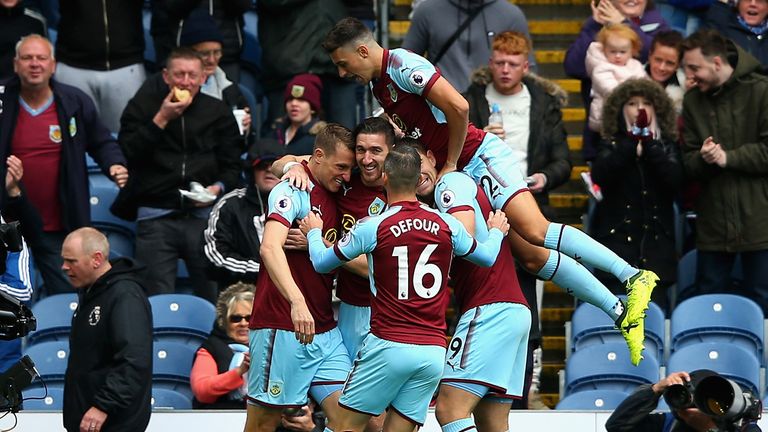 When asked if sacking De Boer will have been a difficult decision for Palace chairman Steve Parish, Allardyce said: "Massively. The last thing Steve, Josh [Harris] and Dave [Blitzer] would want is to be making a decision like this so early in the season.

"But obviously they feel for whatever reason it is the right thing to do.

"Every manager that is not picking up points from here on in will suffer the same pressure until they turn the results around.

"You have seen that can very quickly - Newcastle have won back to back, Brighton won their first game, so that relieves the pressure on those managers.

"Unfortunately in our position that is what you have to do.

"The job is about winning and if you don't win you suffer the consequences."