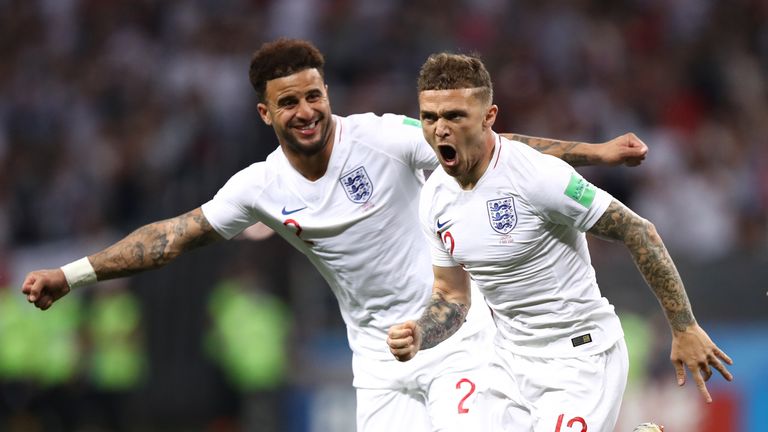 Kieran Trippier says his England team-mate Kyle Walker is the best right-back in the world today.

Walker, who played with Trippier at Tottenham before moving to Man City in 2017, won the Premier League title at the Etihad last season and impressed with England at the World Cup as part of a back three.

Trippier, who equally impressed at right wing-back in Russia, did not hesitate when asked by Soccer AM's Tubes who the best right-back in the world was at the moment, and said the 28-year-old will only get better.

Speaking to Soccer AM, Trippier said: "At this moment in time, for me, personally, Walks. When I was playing with him at the World Cup, how quick and powerful he is. Even on the ball, you see it at Man City, he's so comfortable.

"He's got everything for a full-back, and he's only getting better playing at Man City. So for me, he's the No 1 right back in the world."

Tottenham, who have started the season with two wins out of two, were the first Premier League club not to sign a player in the summer window since it was introduced in 2003.

But Trippier says the spending does not matter, and insists Spurs have all the tools to be a success, including squad depth.

"No, it doesn't matter. We know the squad we've got. We've got the manager, the players, and we've got so much quality in this team.

"We've got depth as well, so many good players waiting to play. About not signing a player? That doesn't play on our minds, we've just got to fully focus on what's ahead of us."