Bournemouth vs Tottenham, Newcastle vs Liverpool, Huddersfield vs Manchester United, Arsenal vs Brighton and Manchester City vs Leicester all live on Sky Sports Premier League

By Oliver Yew and Ben Grounds

Will Ole Gunnar Solskjaer stick with David de Gea for Manchester United's trip to Huddersfield? Can Leicester boss Brendan Rodgers finally help Liverpool land the title? We pick out the key questions ahead of the Premier League weekend...

Will Fraser take his chance to impress potential suitors? (Bournemouth vs Tottenham, Saturday, live on Sky Sports from 11.30am)

Bournemouth's assist king Ryan Fraser is reportedly ready to leave the club this summer, with his contract on the south coast running out in 2020.

No player has provided more Premier League assists this season, with the Scot's 13 placing him level with Chelsea's Eden Hazard and one ahead of Christian Eriksen.

Tottenham have looked short on pace in wide areas for some time, and after looking weary in the Champions League semi-final first leg against Ajax, Fraser has the chance to demonstrate his qualities in front of Mauricio Pochettino.

Chelsea and Arsenal are also interested in the 25-year-old, who rejected the offer of a new Bournemouth deal last year, and it may be that another all-action display at the Vitality Stadium sways Pochettino's decision.

Fraser has also created the most big chances in the Premier League - 24 - and against a Spurs defence likely to be depleted ahead of the return leg in Amsterdam, is his partnership with Callum Wilson set for another profitable afternoon?

Two trophies? One? Or none? Liverpool's season could be decided over the next week.

The Reds must overcome a 3-0 first-leg deficit to beat Barcelona in their Champions League semi-final next Tuesday, while they need to beat Newcastle to return to the top of the Premier League heading into the final day of the season.

Liverpool have a poor recent record at St James' Park, winning on just one of their last seven Premier League visits.

Jurgen Klopp also has a decision to make up front on whether to recall Roberto Firmino, who has not started the last two matches due to injury.

Firmino did come on against Barcelona in midweek, but will Klopp decide to hold him back for the return leg or will he play from the start on Saturday?

On numerous occasions through that time the Spaniard was the impenetrable last line of defence at Old Trafford, but this season he looks devoid of all confidence.

Following his error against Chelsea, De Gea has now made four errors directly leading to an opposition goal in the Premier League this season. He had made only three such errors in the previous five seasons combined. But should he be taken out of the team? 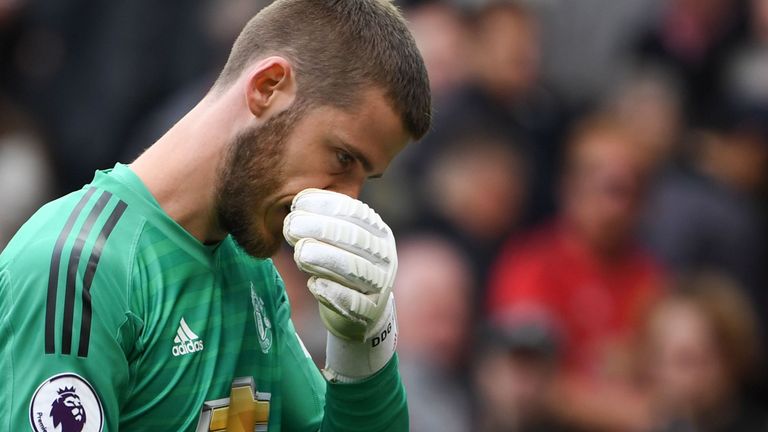 David De Gea added another howler to his recent collection after dropping a routine shot that allowed Marcos Alonso to score from the rebound.

Ole Gunnar Solskjaer was asked after United's 1-1 draw with Chelsea whether this might be the right time to take De Gea out of the team. "I think David is one who would like to play games," Solskjaer told Sky Sports. "Of course, I will have chats with him this week and I am sure he will respond in the right way."

Meanwhile, Sky Sports pundit Gary Neville believes that United should stick by their goalkeeper. "I don't think he needs dropping. Someone like Peter Schmeichel, Edwin van der Sar - you don't take them out of the team, you just let them go through their difficult spell," he added.

"Every player goes through it. It's not a young player coming into the club who has been struggling. He has been outstanding, he has been the best player at Manchester United, the only top player in this last five or six years. You don't ditch him as soon as he has a bad time, you pull him through it." 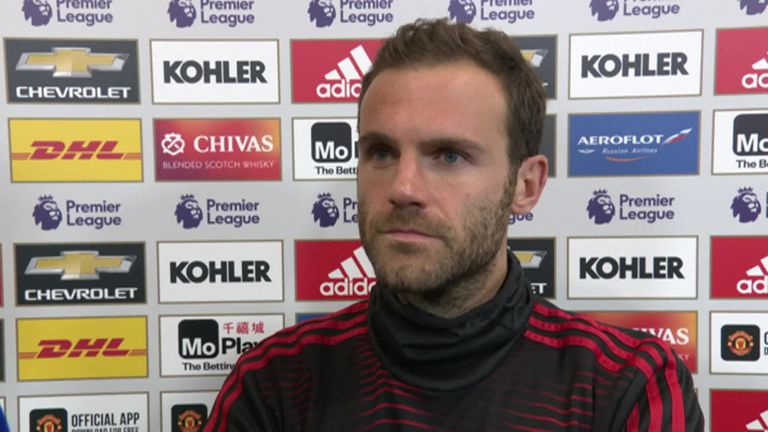 Juan Mata has defended his Manchester United team-mate David De Gea after his mistake led to Chelsea's equaliser in the 1-1 draw at Old Trafford.

After conceding three goals in their last three Premier League games, the fixtures appear to have fallen kindly for Arsenal in their bid to tighten up at the back.

Brighton might have ended their long scoring drought in a 1-1 draw with Newcastle last time out, but that is their only league goal since March 9 and they have lost all 11 of their Premier League away games against 'big six' opposition by an aggregate score of 23-2.

Perhaps the Seagulls will play with less pressure on their shoulders if Cardiff's result on Saturday confirms their safety, but this looks a prime opportunity for Arsenal to get back to winning ways.

It is a lesser-known curiosity that Brendan Rodgers is the landlord to Jurgen Klopp's Formby mansion - and the Liverpool boss has joked that he will withhold rent from the Leicester manager should the Foxes fail to take points off Manchester City on Monday.

Five years on from Rodgers' failure to land the Premier League title, he has the chance to land a seismic blow for his former club when he takes his exuberant young side to the Etihad Stadium. 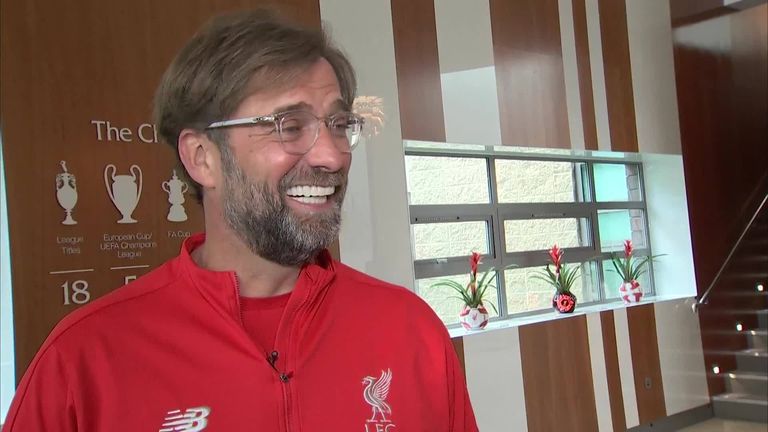 Jurgen Klopp has a message for his 'landlord' Brendan Rodgers whose Leicester team will face Liverpool's title rivals Manchester City on May 6.

Leicester are one of just four teams to beat City in the Premier League this season, but a lot has happened since Claude Puel's side secured a shock 2-1 win on Boxing Day.

City have won each of their last 12 Premier League games and, with Newcastle hosting Liverpool on Saturday night, were Klopp's team to suffer defeat at St James' Park, Pep Guardiola's men could wrap up the title with a win.

But after such a blistering start to his Leicester reign, don't rule out a rejuvenated Rodgers providing a sting in the tail.

Can Southampton make it a perfect 10? West Ham vs Southampton, Saturday, 3pm)

Southampton secured their Premier League survival with their 3-3 draw against Bournemouth last weekend. 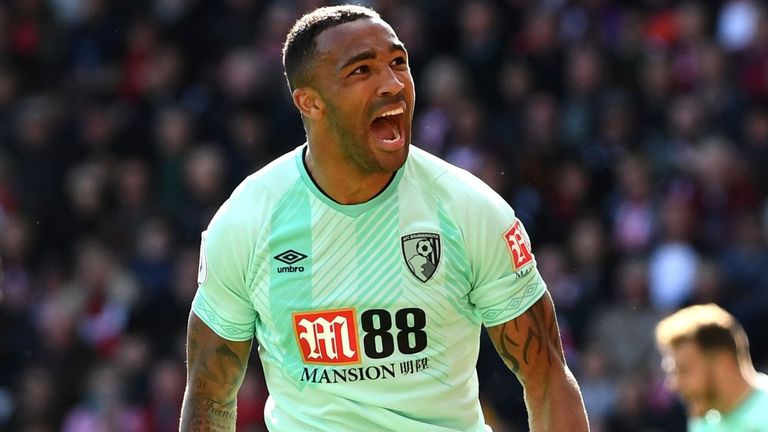 Highlights from Southampton's 3-3 draw with Bournemouth in the Premier League.

It was the ninth consecutive game in which Ralph Hasenhuttl's side have found the back of the net, but can they make it 10 in a row?

Saints last found the net in 10 consecutive top-flight matches between September and December 2002 under Gordon Strachan - a run which was extended to 12 games.

Can Scott Parker take another step towards the permanent manager's job at Fulham? (Wolves vs Fulham, Saturday, 3pm)

Since Fulham's relegation was confirmed after a 4-1 defeat to Watford, they've been on a remarkable run of form which has seen Scott Parker installed as the favourite to become the club's next permanent manager.

Parker has been in temporary charge of the Cottagers since stepping up from his role as first-team coach when Claudio Ranieri was sacked in February, and they have picked up a third of their 27-point tally from the eight matches since he took the top job.

When asked if their latest win - a 1-0 triumph over Cardiff at Craven Cottage - had strengthened his position, Parker said: "From the outset, all I can do is what's in my control, and that's setting up the team to try to win games and be organised. 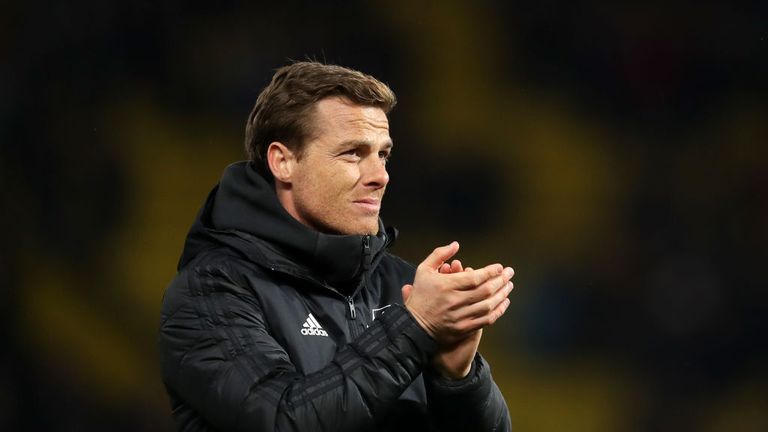 Fulham caretaker manager Scott Parker says he is more focused on improving his relegated team than trying to get the job on a permanent basis.

"We're doing that and the players have been different class for me and how we're trying to do things - and we're enjoying things at the moment."

They last won four top-flight games in a row in April 1966 and, if they can match that feat by beating Nuno Espirito Santo's impressive side, it would be difficult to back against Parker getting the top job at Craven Cottage on a full-time basis.

It's simple, defeat for Cardiff will see them relegated back to the Championship.

They would become the only team to play in more than one Premier League season and be relegated in 100 per cent of them.

Only two wins, against Palace and on the final day of the season at Manchester United, will give Neil Warnock's side any chance of beating the drop. However, they face a difficult task, starting against Roy Hodgson's Palace. 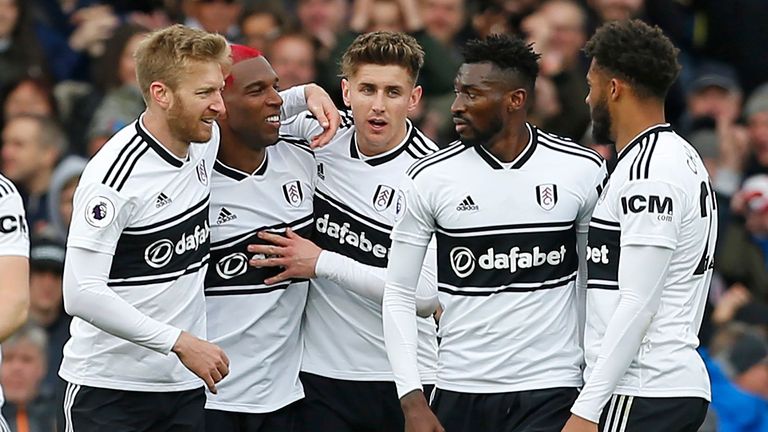 Highlights from Fulham's 1-0 win against Cardiff in the Premier League.

Since the turn of the year, only Manchester City (21) have won more away points in the Premier League than Crystal Palace (16). The Eagles have won four of their last five on the road, losing only at Spurs in that run.

On top of that, Cardiff have failed to score in all three of their Premier League meetings with Crystal Palace, losing twice and drawing the other.

Will this be Eden Hazard's farewell? (Chelsea vs Watford, Sunday, 2pm)

This could be Eden Hazard's final Premier League home game for Chelsea. He is out of contract in 2020 and has been strongly linked with a move to Real Madrid this summer.

If he is to depart, he will be keen to do so with Chelsea assured of a Champions League place for next season. 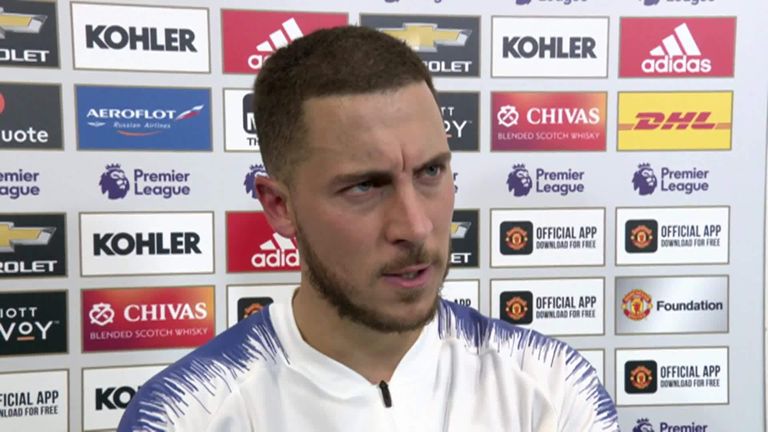 Hazard has had a hand in four goals in his last three Premier League appearances against Watford, including both goals when Chelsea won at Vicarage Road in December.