Villa captain Grealish inspired their late play-off comeback against West Brom on Saturday, first setting up Conor Hourihane for his 75th-minute leveller before winning the penalty for Abraham to convert four minutes later.

It allows Villa to head to The Hawthorns on Tuesday 2-1 up in their Sky Bet Championship play-off semi-final second leg, live on Sky Sports Football, and Abraham was full of praise for his team-mate.

"He is a fantastic player and you don't question why he is a leader. His ability says it all," the on-loan Chelsea forward said.

"He is a such a good leader as well. For us it is a massive bonus to have someone like Jack in the team. I don't think he ever runs out of breath - he keeps going. 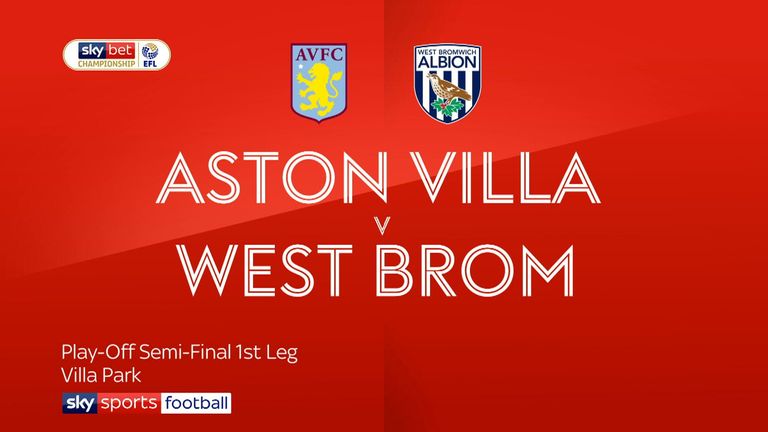 "I always think to myself, does he ever get tired? Someone like him gets the ball and he keeps going and keeps going.

"He always believes and tries to encourage everyone - even until the last minute. It is always nice to have that behind you."

Abraham snubbed a January move to Wolves to continue his loan at Villa and the 21-year-old believes he made the right decision.

"I always knew this was the place I wanted to be," he said. "Even though we had a tough spell in the middle of the season, Jack said 'wait until I get back fit, we will be on the up again'.

"I believed it, we have a fantastic squad here and we just keep going."

Villa recovered after Dwight Gayle opened the scoring in the first half but the on-loan Newcastle striker is banned for Tuesday's game after being sent off late on at Villa Park.

Who is in form for the Sky Bet EFL play-offs? Who are the favourites? And how can you watch all the games live on Sky? Find out here...

Abraham, who scored his 26th goal of the season on Saturday, admitted Gayle's absence could be crucial.

"It is massive. He is a great player, a great finisher and a Premier League striker," he added. "It is a bonus for us that someone like him is going to be missing from the next game."