The Power Rankings chart is dominated in unprecedented fashion this week, with six Leicester players piling into the top 10 after producing a record-breaking display on Friday Night Football.

Jamie Vardy leads the way after claiming one of two match balls with a hat-trick during the historic 9-0 win at Southampton, while Ayoze Perez picked up the other with his three-goal haul, but only makes No 3 in the chart.

Ben Chilwell scoops runner-up spot with match-topping stats for touches, crosses, aerial challenges won and chances created, in addition to finding the back of the net and teeing up two team-mates.

Fellow full-back Ricardo Pereira (No 5) is one of only two players to slip in the top 10, while team-mates James Maddison (No 7) and Youri Tielemans (No 8) are also among the top performers after getting on the scoresheet.

Chelsea have recovered after a difficult start under Frank Lampard and blitzed Burnley for four before conceding two late goals, with Christian Pulisic (No 4) netting his first career hat-trick before Willian (No 6) sealed the win.

Aston Villa's Jack Grealish (No 9) tumbles from the chart summit after leaving the Etihad empty-handed, while Norwich stopper Tim Krul (No 10) maintained his team's dignity with eight saves - including two penalties - in the 3-1 defeat against Manchester United. 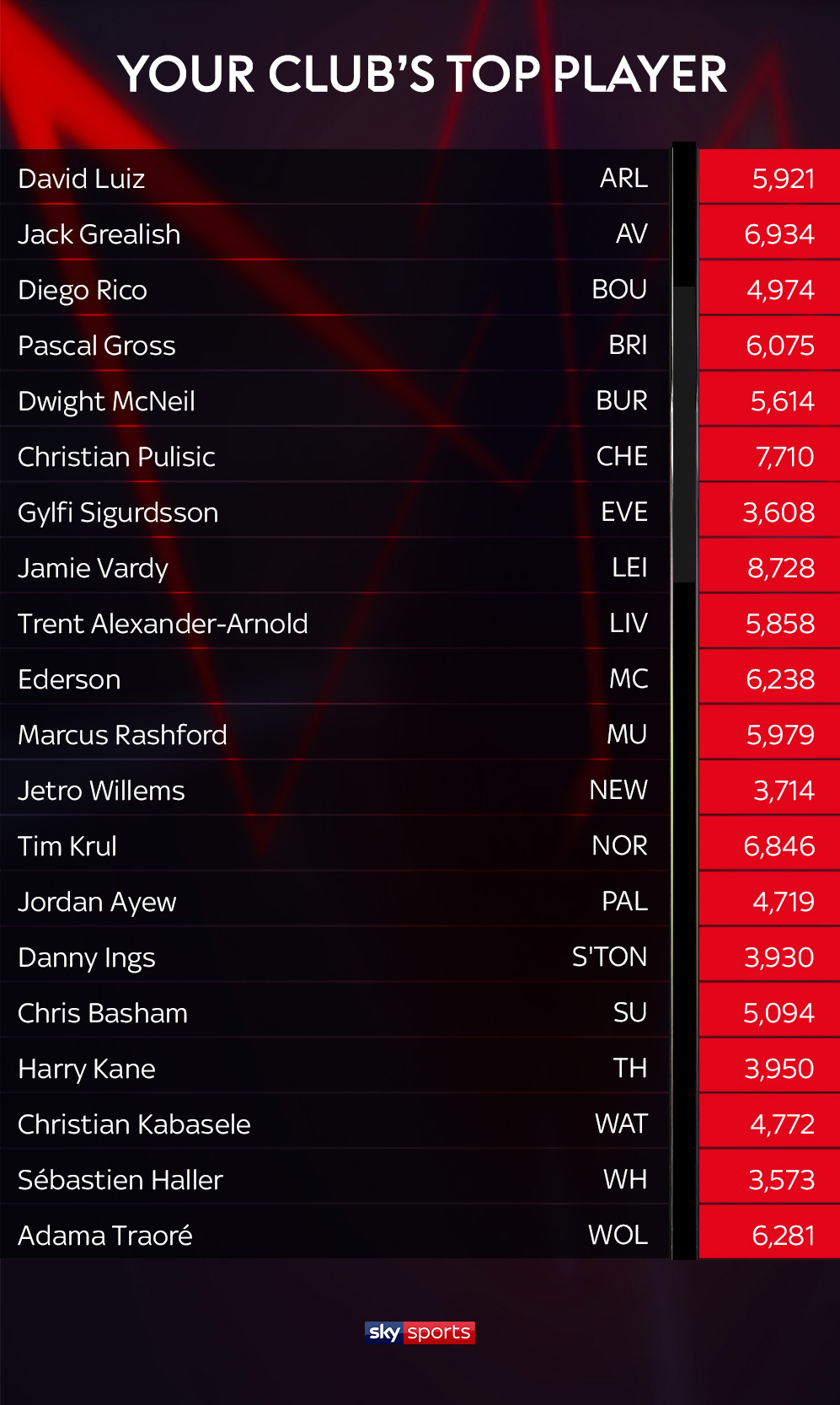