Follow Liverpool's FA Cup fifth-round tie at Chelsea via our live match blog on both Skysports.com and the Sky Sports app from 6.30pm on Tuesday

Liverpool manager Jurgen Klopp has been tight-lipped on who may start against Chelsea in the FA Cup fifth round on Tuesday night, with the German facing a number of selection issues for the trip to Stamford Bridge.

The runaway Premier League leaders lost for the first time in the league this season at Watford on Saturday, a shock 3-0 reverse that adds a further layer of intrigue to Klopp's line-up in west London.

Klopp caused more than a few raised eyebrows when opting to field a purely youthful starting XI for his side's FA Cup fourth-round replay with Shrewsbury Town in February, a tie the Liverpool boss did not attend due to the fixture being staged during the club's mid-season break.

Klopp also picked understrength sides for January's third-round clash with Everton at Anfield and the fourth-round trip to New Meadow, fielding a mixture of reserve-team stars and first-team players coming back from injury and in need of game time.

However, while refusing to divulge just how strong his line-up will be against Chelsea, Klopp has confirmed Liverpool will not select an U19-only team at the Bridge, as they did when beating Shrewsbury 1-0 to set up this fifth-round meeting.

"The defeat (to Watford) has nothing to do with tomorrow night," said Klopp in his pre-match press conference. "We have no clue what Chelsea are doing so why should Chelsea know what we are doing?

"The line-up will be shown tomorrow night, not now and here. We always play the team that will give us the best opportunity to get to the next rounds, for different reasons.

"We want to go through, that is the plan. Hopefully that is what everyone will see. It's not about loyalty.

"These our boys, they will be involved in the celebrations. Will they be involved tomorrow? I don't know."

So with Klopp playing his cards close to his chest then, let's take a closer look at some of his selection dilemmas for Liverpool's visit to the capital:

Who Klopp picks in goal at the Bridge will be indicative of just how much he wants to progress in this season's FA Cup.

If No 1 Alisson gets the nod, then the Reds boss is clearly going all out for victory on Tuesday.

But should he opt for the Spaniard between the posts, then it is fair to say the FA Cup is not one of his main priorities this season.

Defence: Lovren & Matip at centre back?

Klopp confirmed on Monday that Joe Gomez has recovered from the minor muscle issue that caused the centre back to miss Saturday's loss at Watford and is in contention to return at Chelsea.

However, with Bournemouth to come at Anfield in the league on Saturday lunchtime, the Liverpool manager may opt for caution and instead use this cup tie as a chance to hand Dejan Lovren - who deputised for Gomez at Vicarage Road - and Joel Matip much-needed minutes on the pitch on Tuesday evening with both central defenders having recently returned from long spells on the sidelines.

One player who is likely to feature is Neco Williams after the 18-year-old impressed at right-back in Liverpool's previous domestic cup ties this campaign, while either young Algerian Yasser Larouci or James Milner - who Klopp confirmed has also now recovered from injury - may get the nod at left-back as Klopp looks to give first-choice full-backs Andy Robertson and Trent Alexander-Arnold a well-earned rest.

Midfield: Lallana in front of the defence, Jones as a No 10?

This game comes too soon for injured duo Jordan Henderson (hamstring) and Naby Keita (hip), which could allow a chance for both Adam Lallana - who came on as a second-half substitute at Watford on Saturday - and rising star Curtis Jones - who scored Liverpool's winner against Everton in the third round.

The former has started only a handful of games so far this season, which is now likely to be his last at Anfield given his current contract expires this summer and there is no sign of him being offered a new deal, but would be ideal to cover for Fabinho in the holding role.

Meanwhile, Jones, 19, is more than capable of being utilised in an advanced midfield role at Stamford Bridge.

And if Klopp does not play Milner at left-back on Tuesday, then expect to see the versatile veteran start in midfield.

Attack: The Fabled Front Three or their backups?

Liverpool's normally deadly front three endured a rare collective off day in front of goal at Vicarage Road on Saturday, so it will be interesting to see who Klopp goes with in attack at Chelsea.

Does the Liverpool boss start with regular forwards Roberto Firmino, Mohamed Salah and Sadio Mane? Or does he hedge his bets and go with back-up strikers Divock Origi and Takumi Minamino (Harvey Elliott has gone with the U19s for the UEFA Youth League game with Benfica on Tuesday afternoon and Xherdan Shaqiri is still out with a calf problem), while leaving that trio on the bench with Bournemouth in mind?

And the answer to this question will go a long way in telling us just how important the FA Cup is to Klopp this campaign.

Pick your Liverpool XI to face Chelsea at Stamford Bridge

What do the pundits think?

Former Liverpool captains Jamie Carragher and Phil Thompson have given their view on what team Liverpool should put out against Chelsea on Tuesday night.

Carragher: Go with the strongest team

"My feeling was I'd like to see changes in the Watford game, and go with the strongest team against Chelsea," Carra told Sky Sports. "That was my feeling. I didn't think Jurgen Klopp would do that. But if I was the manager of Liverpool that's what I would have done. 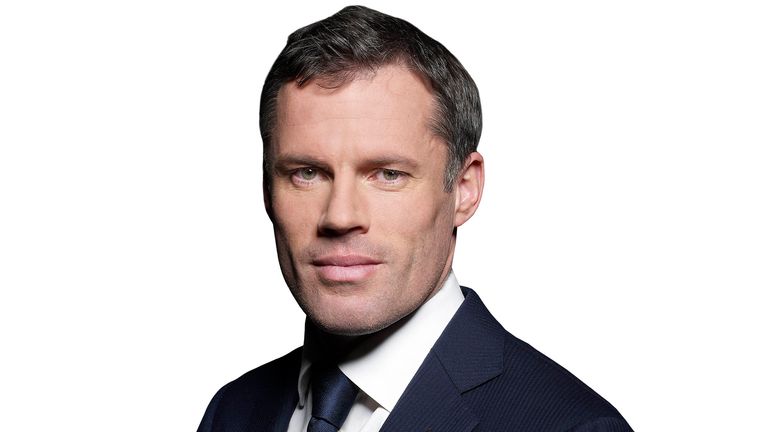 "I'm not just saying this because Liverpool lost at Watford but I'd rather Liverpool won the double than go unbeaten or get more points than Man City. What Arsenal did as the Invincibles was special and I know they were all delighted yesterday (Saturday) and understandably so but if you said to me would you rather win the FA Cup or go unbeaten, my answer would be win the FA Cup.

"I think this won't make Jurgen Klopp change now - I think it might actually make him think 'I need to win at Bournemouth next week more than Chelsea midweek because I just want to get this league won and out the way'."

Thompson: Go with a mix-and match-selection

"It should be, there or thereabouts, the team that played against Shrewsbury in the first match," the former Liverpool and England captain told Sky Sports.

"You look at some of those players - and I look at it with a coaches' head on - and some of them looked rusty and needed more games.

"And that was why I was thinking they needed those games, including Shrewsbury at home, although that obviously did not materialise.

"Although everything has gone swimmingly well in the Premier League, Klopp can start thinking about the Champions League and how he can keep players at a certain edge.

"And these boys need games. So I would think Lovren, Matip, Origi, Lallana, Minamino and Milner, there are a whole host of players who I think - if they are all fit and are ready at some point - they need games.

"So the Chelsea game is ideal for this. Plus if you look at that, there are about seven or eight players there and there is still a place and I think that is important in terms of where we have seen the progress with the younger players.

"Jones in the Shrewsbury replay looked a cut above everybody and I think that is because he has been involved with the first team playing those games that he has played, while Williams is going to be a star.

"These boys will be involved, so I do not think it is a case of pushing them back out and them being forgotten about. I think Klopp will use the Chelsea game and it will be a mix of experience, injured players coming back and the younger players just mentioned.

"So a little bit of a mix and match. But the way they are now playing, with the confidence just oozing out of everybody, I still think it will be a very strong team."

Follow Liverpool's FA Cup fifth-round tie at Chelsea via our live match blog on both Skysports.com and the Sky Sports app from 6.30pm on Tuesday