Rudiger on Werner: "He’s similar to Vardy. He has a lot of pace and if the defender makes a mistake and loses the ball, then he goes!"

Chelsea defender Antonio Rudiger says he was constantly speaking to Timo Werner during lockdown in order to convince the striker - who he compares to Leicester's Jamie Vardy - to move to Stamford Bridge.

Germany international Werner agreed a five-year contract to join Chelsea in a €50m (£45m) deal, subject to a medical, with the 24-year-old remaining at RB Leipzig for the remainder of the Bundesliga season before joining up with his new team-mates in July.

Chelsea beat off competition from the likes of Liverpool, Bayern Munich and Juventus to complete the signing and Rudiger says he played a part in helping persuade his international and former club team-mate to choose west London as his next destination.

"I did speak to him before because we have known each other for a long time,' Rudiger told Chelsea TV.

"We spoke a lot during the lockdown and he told me he was interested in coming to England. Of course then I did my bit, what I had to do."

Rudiger says he sees similarities between Werner and Leicester striker Vardy in the way they use their pace to capitalise on mistakes from opposition defences. 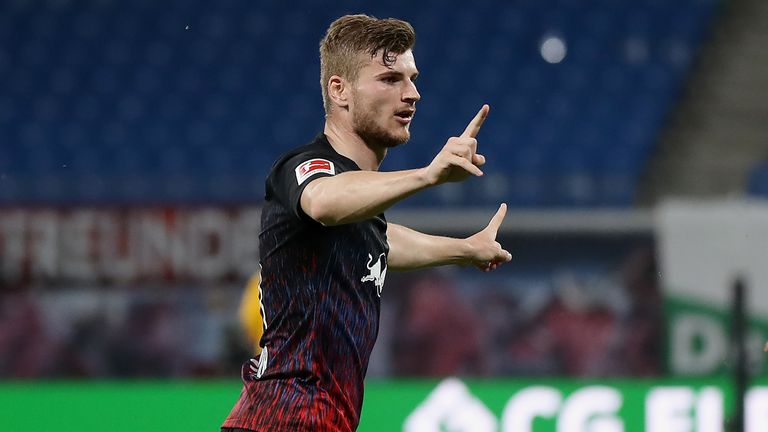 "He's a really big threat to defenders," he continued. "RB Leipzig is a more counter-attacking team but in terms of attacking the defensive line, he's similar to Vardy. He has a lot of pace and if the defender makes a mistake and loses the ball, then he goes!"

"I would say he's a quiet, humble guy, always ready to do better," Rudiger added of Werner's personality off the pitch.

"I hope he adapts very quickly when he comes because as we all know this competition is different than others."