Belgian champions Club Brugge join a host of clubs in England in the race for Northampton Town striker Caleb Chukwuemeka, including an unnamed Premier League side and Sky Bet Championship leaders Norwich

The Belgian champions join a host of clubs in England chasing the 18-year-old striker, including an unnamed Premier League side and Sky Bet Championship leaders Norwich, who were alerted to his potential availability as he has yet to sign a professional contract.

Chukwuemeka has broken through this season scoring twice for Northampton in 17 appearances with his first goal coming against Southampton in the EFL Trophy, with the Cobblers finding themselves 19th in Sky Bet League One.

Northampton have told Sky Sports News they are yet to receive any official approaches and talks continue with the player over the signing of a professional contract before his scholarship deal ends in 2022.

Club Brugge played in the Champions League this season, narrowly missing out on qualification to the last 16 to Borussia Dortmund and Lazio, and subsequently face Dynamo Kyiv in the Europa League last 32 first-leg on December 18.

They were awarded the Belgian Pro League title in May after the league board decided to end the 2019/20 season early, and they are currently top of the table after 19 games since the new campaign got underway. 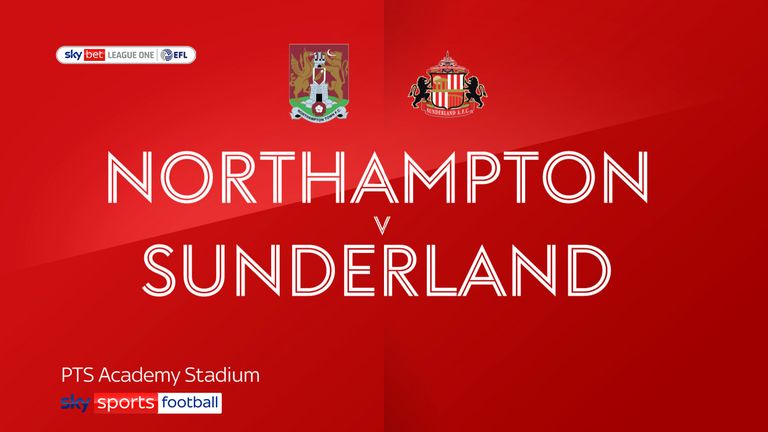 Highlights of the match between Northampton and Sunderland

Sunderland marked their return to action with a drab goalless Sky Bet League One draw at struggling Northampton.

The Black Cats were playing their first match in over two weeks due to an outbreak of coronavirus but were well off their best in a game of few chances.

Sam Hoskins and Jack Sowerby had late half-chances for the Cobblers but neither were able to find the net and both sides had to settle for a point.