Watch Newport goalkeeper Tom King score from his own goal kick against Cheltenham Town on Tuesday night; King tells Sky Sports News he hopes to make the Guinness World Records book and explains why he did not celebrate the remarkable goal during the Sky Bet League Two encounter 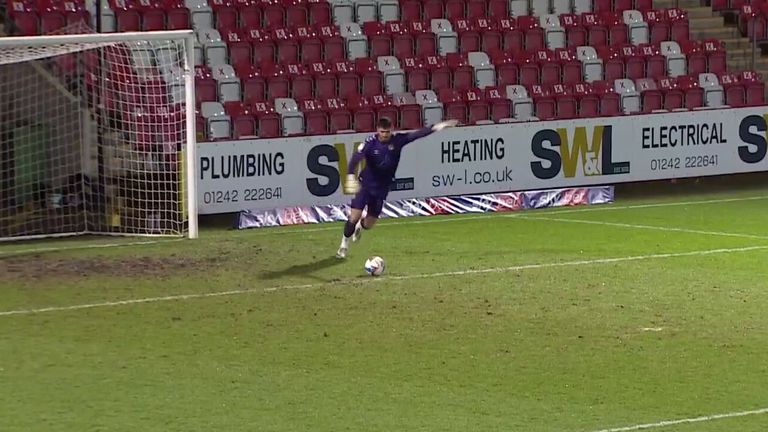 Newport goalkeeper Tom King has joked he will get the tape measure out at the Jonny-Rocks Stadium to see if his stunning goal from a goal kick has broken a world record.

King scored in Newport's 1-1 draw with Cheltenham in Tuesday's Sky Bet League Two match when his wind-assisted kick flew over Josh Griffiths in the opposite goal after bouncing just outside the penalty area.

Back in 2013, Asmir Begovic's goal for Stoke City against Southampton earned the goalkeeper a place in the Guinness World Records book for the longest goal scored in football, with the distance for that strike measuring at 100.5 yards (91.9m).

That record may well have been broken by Koo Sang-min in 2014, who scored from a goal kick for South Korean side Ulsan Dolphins, but now King is hoping he has taken the crown.

Asked if someone would be measuring his goal, King told Sky Sports News: "If there's not, I will be down at Cheltenham's football stadium with my own tape measure sometime this evening. I hope that somebody can check that for me, saves me the trip back there, but that would be quite the achievement.

"I get given enough of the Guinness book of records for Christmas so to be in one would be lovely." 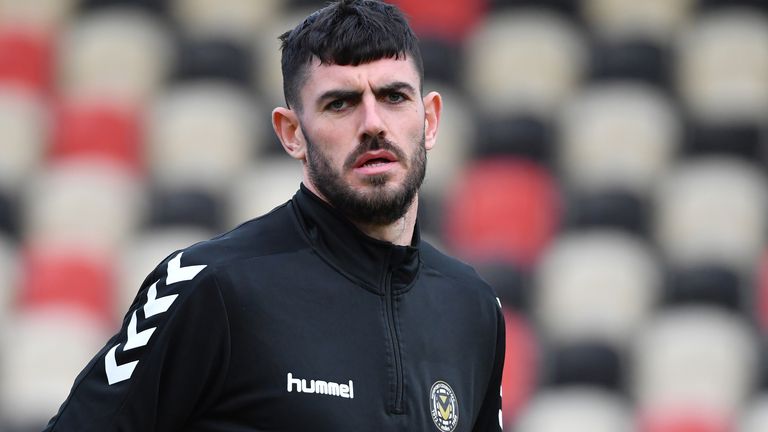 King spent part of his youth career at Portsmouth while Begovic was the first-team goalkeeper, and he said he expects to share a "funny message" with the current Bournemouth shotstopper.

On his reaction to scoring, King added: "It's a complete and utter surprise to be honest. I got a good feeling when I connected with the ball and I saw Padraig [Amond] was high up the pitch. I knew it was heading in that direction but I couldn't have expected that result - no way.

"I'd love to sit here and lie, say I saw him off his line and completely meant the bounce from 22 yards, but it's not something I've been practising. It's just one of those things. I've done it as a young kid on smaller pitches, so to take it into the professional game is a dream.

"I was only planning on the assist at first. We recognised the wind and soggy pitch, it's something we spoke about. I've got that distance with my kicks, but my initial reaction was utter fury he didn't get it under control. But it turned quite quickly into overriding joy."

Much was made of King's celebration - or lack of - on Tuesday night, and he admitted it was all down to a "pact" among goalkeepers.

He said: "It's the hidden goalkeeper's union, we all kind of have that secret pact we don't celebrate like that. It'd be like celebrating scoring against another goalie in training. None of us do that, so I refuse to take that into the game, plus I had no time to practice so I didn't want to embarrass to myself."

King said he had received messages from former team-mates having managed to score from goal kicks when playing at youth level in Gibraltar.

And with regards to a goal bonus... "A friend of mine said in the next contract I've got to get an absolutely outrageous [goal bonus] in case it happens again," he added. "But no, it's one of those things if it happens again I'd be truly astounded. I've just got to hope for some really windy pitches."