Kick It Out: "There is no place for homophobic language in football. It is damaging and hurtful. As role models, players should be mindful of the impact of their words"; Tranmere say they "will be not making any statement regarding yesterday's incident"; FA aware and looking into incident

The Football Association will investigate an incident during Tranmere's match with Morecambe on Saturday after an alleged homophobic slur was made at the Mazuma Stadium.

Tranmere's 1-0 win over Morecambe on Saturday was marred by the 45th-minute sending off of Morecambe's Yann Songo'o, during which a slur was heard on the pitch.

Songo'o was sent off by referee Paul Howard for using foul and abusive language during the Sky Bet League Two fixture.

The FA are aware and will be looking into the matter, with the governing body awaiting referee Howard's report of the match.

A statement from Tranmere said: "TRFC have a policy of not commenting publicly on specific disciplinary issues relating to other clubs or their players and therefore will be not making any statement regarding yesterday's incident. We reiterate our firm belief that there is no place for homophobia within football." 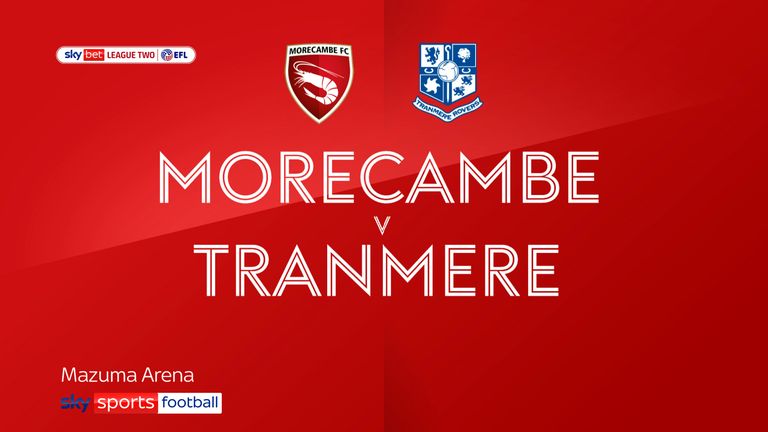 Highlights of the Sky Bet League Two match between Morecambe and Tranmere
Twitter Due to your consent preferences, you’re not able to view this. Open Privacy Options

Tranmere's LGBT+ fans group, Rover and Out, said they stand by their club and they are "proud of their players' response in immediately recognising this language as unacceptable".

Kick It Out reiterated their support for Rover and Out and the wider fight against homophobia in football: "There is no place for homophobic language in football. It is damaging and hurtful. As role models, players in particular should be mindful of the impact of their words."

Kaiyne Woolery scored the only goal as Tranmere took the spoils from a 1-0 victory at Morecambe to move up to fifth place in the Sky Bet League Two table.

Morecambe said they "abhor abuse of any sort, be it be on the grounds of race, colour, religion, ethnicity, gender, gender identity, age, disability or sexual orientation".

The club added in a statement: "We are awaiting the final report on Saturday's match against Tranmere Rovers before making any specific comment on the incident.

"A further statement will follow when we have received that report."

Kick It Out reporting discrimination