Aston Villa midfielder Grealish starts his first game of Euro 2020 while Arsenal's Saka makes his tournament debut as Phil Foden dropped out of the matchday 23 completely.

Maguire replaces Tyrone Mings at centre-back, making his first following a six-week injury lay-off, with manager Gareth Southgate keen to give the defender game time before next week's last-16 match.

Walker returns to start at right-back in place of Reece James after starting England's opener against Croatia in the final of Southgate's four changes from Friday.

Results on Monday night ensured England qualified for the knockout stages before the Czech Republic game - victory at Wembley on Tuesday would seal top spot for Southgate's side and therefore a June 29 meeting with the Group F runners-up in the last 16.

Meanwhile, Mason Mount and Ben Chilwell miss the game after being told to self-isolate up to and including next Monday.

The pair were identified by Public Health England as close contacts of Scotland's Billy Gilmour after his positive test following last Friday's match. Mount and Chilwell embraced and spoke to Gilmour on the pitch following England's draw with Scotland at Wembley on Friday and also spent time with their Chelsea team-mate in the tunnel afterwards - a conversation which lasted around 25 minutes.

"Chilwell and Mount will isolate and train individually in private areas at England's training base St George's Park, with the rest of the squad returning there after tonight's fixture against Czech Republic at Wembley," an FA statement read.

"The entire England squad and staff had lateral flow tests on Monday and all were again negative, as was the case with Sunday's UEFA pre-match PCR tests."

Mount and Chilwell will return at Southgate's disposal for their round of 16 tie should England top their group, but will certainly miss out on the match if they come second.

Maguire 'feeling good' ahead of return 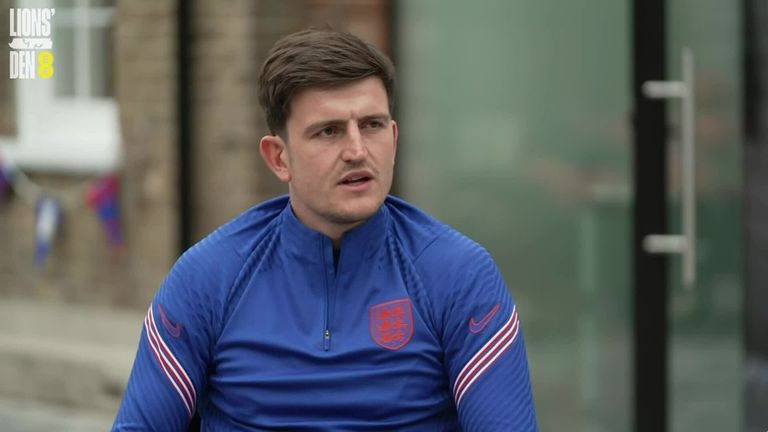 Harry Maguire says England are aiming to win their game against the Czech Republic despite having already qualified for the last 16. See more England content on the FA Youtube Channel

Maguire has not played for six weeks due to an ankle injury, but the Manchester United captain is feeling positive ahead of his possible Euro 2020 bow.

"I'm feeling good," Maguire told the Lions' Den. "Obviously [after] the ankle injury, it's getting stronger, I'm getting more confident.

"I think it's just about building the confidence. It's all stable now and I'm available and ready to go. Any Euro match is really important to go out there and try and win the football match.

"But it's still in a strong position and now it's another big game against the Czechs. It's one we're looking forward to and we go there and try to get three points."