Team GB will be hoping to top Group E in the final group game at the Tokyo Olympics as they face Canada Women in Kashima.

Hege Riise's side have won both of their games thus far and have qualified for the knockout rounds, but the work is by far from done.

Great Britain need just a point against Canada to go through as group winners. However, should they lose, Canada will go through in first spot and Britain as runners up.

However, Canada could even drop down into third if they lose and Japan beat Chile with a superior goal difference - there is still plenty on the line in Group E.

The two sides have Olympic history too. Canada were 2-0 winners in the quarter-final at London 2012, knocking Britain out at their home Olympics. They won bronze that year, and repeated the feat at the following games in Rio.

Of course, the England players will also recall the 2-0 friendly defeat in April, with Canada 3-0 winners against Wales in a friendly in the same month. They are likely to be Britain's toughest test of the Olympic group stages.

Riise: We want to try and dominate 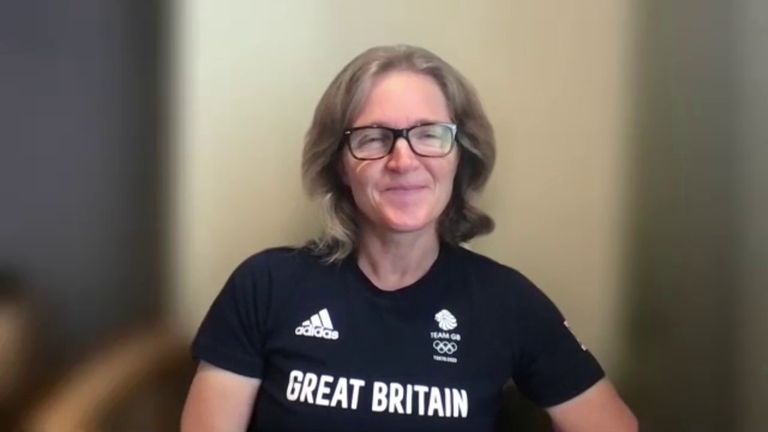 Team GB's women's football head coach Hege Riise says her players are following other events as much as possible and are inspired by GB's success.

Great Britain have kept clean sheets in both of their games so far, with three goals scored. And although Riise is proud of the defensive side, she would also like an attacking performance on Tuesday.

"We feel like we have a great opportunity now to win the group, win the game tomorrow and we all desire to do that. So that's the main focus now," she said.

"The first thought in our mind is to attack. We want to score goals, we want to win but this team have so much pride in the defensive organisation… so it's a balance between those two. I don't think it's an either/or.

Team GB could make changes for Tuesday's game, although Riise said on Monday that these had yet to be confirmed. Fran Kirby has been cleared to play after missing the opening two games and is back in training.

"We take pride in our defending and how we defend. Defending starts from the top and when we won against Japan, it shows when you are strong defensively, you only need one goal. But we also take pride in how we attack and how we try to finish the game as well.

"For tomorrow, we want to go out and try to dominate.

"These are two teams who know each other quite well, it's no secret. We will go into that game looking for the weakness of Canada and our strength. I guess Canada will do the same." Team GB's Lucy Bronze is happy with GB's two clean sheets so far and would rather focus on the collective effort than her individual assist tally.

Lucy Bronze has started in both Team GB games, assisting all three goals for Ellen White. She has her eyes set on the gold medal, and will take a string of similar results to get there.

I think we're all pleased with how the tournament has gone so far. We could have scored more goals, but I think having a clean sheets, six out of six points, through to quarter-finals and I've personally got a few assists, so that's nice... I'm just pleased to do my bit for the team. I'm not here to win any individual awards, just that gold medal.

"If you don't concede goals, you can't lose games. Japan had a couple of shots, but they were from long distance. I think that was an area we picked up on, when we played New Zealand before the tournament, we knew that was something we could tighten up on with defensive transitions.

"It shows that we worked on it and we're coming up trumps. It's something we want to keep going throughout the tournament, keep the clean sheets and all we need to Ellen White on the end of one. 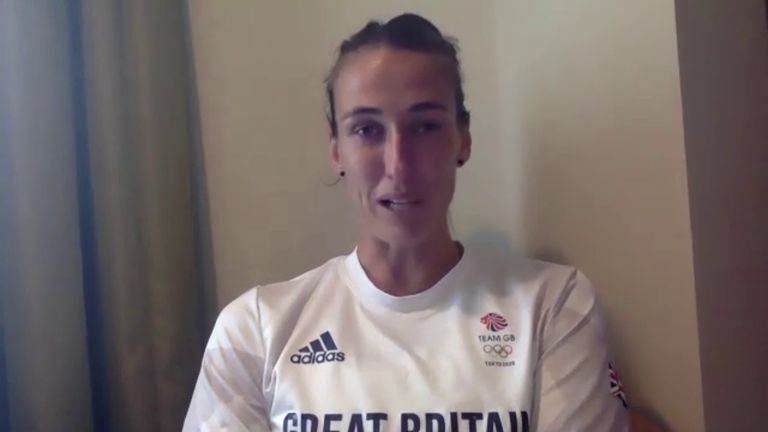 Team GB's Jill Scott says she does not like to draw comparisons to London 2012 but is honoured to be representing Great Britain at another Games.

Jill Scott is one of four players to have played for Team GB at London 2012 and in Tokyo, and the excitement of the Olympics is still there nine years later.

"It's a perfect start in terms of results. The performances have been really good as well so the squad is in a really good place," she said.

"There are times when we're in the hotel together, so it's important to have squad morale. That's very high and we're keeping ourselves entertained. It's been a thoroughly enjoyable trip so far.

"There are similarities [to 2012] in terms of getting the first two wins, hopefully there will be bigger similarity at the end of the third when we've got the three wins. It's important to get the points on the board.

"We've just got to keep pushing. It's hard to talk about similarities because it was nine years ago now and when people ask to compare squads and things like that, it's something I don't really like to do because the game was in a totally different place back then.

"But what a position to be in. The girls are really enjoying it and we're so honoured to be out here representing Team GB. To think that you're playing your small part in an Olympic Games gives you goosebumps."

A familiar faces in the dugouts...

A glance over to the Canadian dugout and England fans will recognise their head coach - former Lionesses assistant manager Bev Priestman.

The 35-year-old is well-known in Canadian women's football too. Before returning to the UK to join Phil Neville's coaching staff, she was assistant to John Herdman and helped steer Canada to a second successive bronze at the 2016 Olympics.

With England, she had a hand in the Lionesses reaching the World Cup semi-finals in 2019, before departing in October 2020. Priestman has a wealth of knowledge at youth level too, having coached England Women's U18 squad and was also the national youth head coach and programme director for Canada.

Great Britain also have their own secret Canadian weapon. Rhian Wilkinson is assisting Riise, as she does for England, and registered 181 international caps for Canada.

She was part of the squad that won bronze at London 2012, and has previously worked with players in the Canda squad in a coaching capacity.

Riise said of Wilkinson: "Of course, she has insight into the team in terms of how they play, but also individually with the players. She's preparing for the best outcome for us tomorrow and she is highly valued here with Team GB as a person and as a coach."

Who could GB face in the quarter-finals?

Should Britain secure top spot, they will face the third place team from groups F or G. Heading into the final group games, that would be China or Australia.

However, they could also face the USA - who are level on three points with Australia in Group G, but just ahead on goal difference.

A second place finish would see Britain face the runner-up in Group F. Brazil currently occupy that spot but only on goal difference, with the Netherlands in first and both on four points.