The referee, who was officiating a game in Yorkshire, has been taking charge of amateur games for nine years; the Sunday League match was abandoned when an FC Panda player, who had been sent off for dissent, allegedly refused to leave the pitch 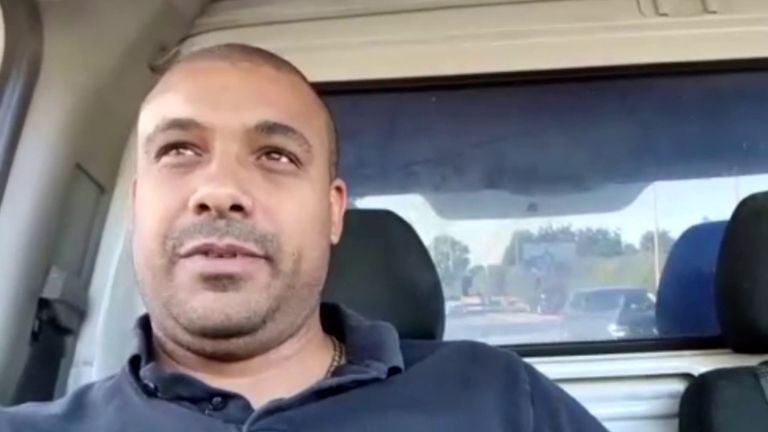 An amateur football referee says he won't take charge of Sunday games again after claiming he was threatened, spat at and racially abused.

A referee says he will not take charge of Sunday League football matches any more after claiming he was threatened, spat at, and racially abused after abandoning a game.

The referee, who was officiating a game in Yorkshire, has been taking charge of amateur games for nine years.

The match, which took place last Sunday, was abandoned when an FC Panda player, who had been sent off for dissent, refused to leave the pitch.

The official, who wants to be known by just his first name, Dwayne, told Sky Sports News: "He took his shirt off and tried coming towards me. His team-mates had to restrain him.

"I've asked the manager just to get him to go to the changing room, I've asked about 10 times. I wasn't getting anywhere so that's when I've decided to abandon the game.

"So I blew up for full time and from then that's where the situation got worse. I had players in my face screaming at me.

"If the other team wasn't there, I actually do think you'd have seen a video clip of me getting punched. It had gone from zero to 100 in less than two minutes, it was just absolutely mental.

"Walking back to the changing room, I had a racist comment aimed towards me. I heard it and it makes your blood boil, but I just felt weak because it was one of those where I just had to walk past and just ignore it because if I turn round and confront it, it would have been a lot worse.

"The thing that annoyed me the most was that while I was getting changed, I just noticed spit marks on the back of my shirt, which wound me up a lot. What human being spits on people, especially in this day and age now with Covid-19?"

Responding to the allegations, the chairman of FC Panda said he was "appalled" by the accusations and that any individual found guilty of such behaviour would not play for the club again.

"I was not at the game personally but I am appalled to hear of these accusations," the statement said.

"If any of these allegations are proven, individuals will not play for our club again.

"I know a number of our players were disappointment at the abandonment and felt it was unfair but we will fully look into the events as this is the first time I have heard of these allegations from the referee.

"We will always support all referees at all times and the tough job that they perform every week.

"We are one of the most diverse football clubs in the Halifax area with players from South Asian, Afro Caribbean, Black and White backgrounds.

"If Dwayne has felt threatened in a game we played in, we would like to sit down with him and apologise face to face and move forward in a positive way together."

The West Riding County Football Association said they were "aware" of the situation, had contacted the referee straight after the incident and that it would be dealt with "accordingly", but could not comment further while their investigation was ongoing.

An FA statement said: "While only 77 of approximately 850,000 matches, less than 0.01%, played each season in grassroots football include a reported incident of assault (2019-20 season), we recognise that any assault or incident of abuse is one too many.

"The FA's Refereeing department will make direct contact to provide support to any individual who is a victim of a physical offence as soon as we become aware of an incident."