Jurgen Klopp complained about Manchester United's penalty record after Liverpool were beaten 1-0 at Southampton in January; feeling aggrieved they did not get a penalty for a challenge on Sadio Mane, Klopp said: "United had more penalties in two years than me in five-and-a-half years..." 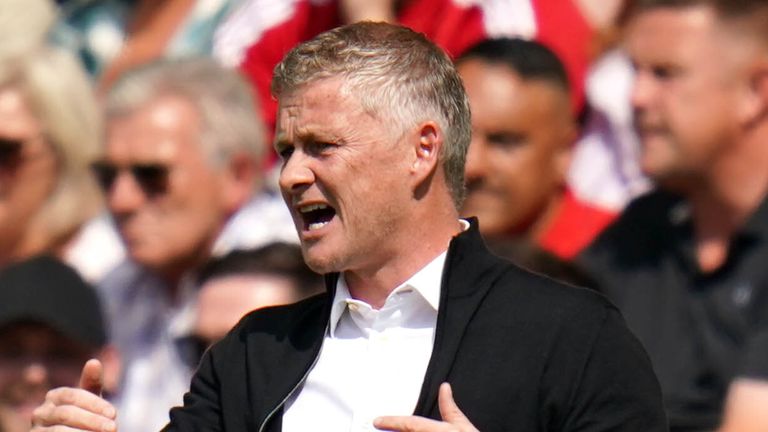 Ole Gunnar Solskjaer has appeared to suggest referees are not giving Manchester United penalties this season because of a complaint made by Jurgen Klopp last season.

United manager Solskjaer has felt hard done by not to see his team given three penalties in their two encounters with West Ham over the past week, with referee Martin Atkinson dismissing two incidents involving Cristiano Ronaldo in last week's Premier League win.

Last season, United were awarded 11 penalties - with only Leicester (12) given more - which got under the skin of Liverpool manager Jurgen Klopp after his side were beaten 1-0 at Southampton in January.

Feeling aggrieved they did not get a penalty for a challenge on Sadio Mane, Klopp said: "United had more penalties in two years than me in five-and-a-half years... but no excuses for tonight."

Solskjaer, without naming Klopp, says the comments from one of his rival managers have led to the officials treating his team differently and hopes it will change as soon as possible.

"We just have to hope that we get what we deserve," said Solskjaer ahead of Saturday's visit of Aston Villa to Old Trafford.

"We should have had three penalties in the last two games. A certain manager last year was starting to worry about us getting penalties last season and after that, it seems like the decisions are more difficult to give.

"I've seen a big, big difference since then on. But we have to just leave that up to the referees and hopefully they'll make the right calls soon."

Cavani back in Man Utd squad for Villa match 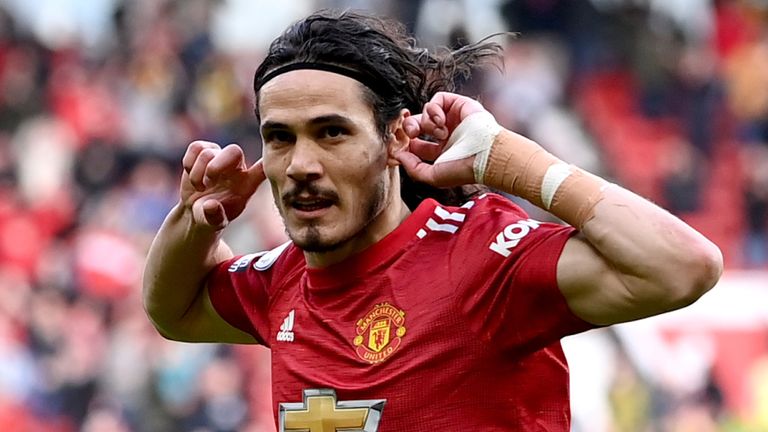 Edinson Cavani has returned to full fitness and will be in United's squad for Saturday's lunchtime visit of Aston Villa, says Solskjaer

Edinson Cavani will return to the United squad for Saturday's league match against Aston Villa after recovering from a muscle strain.

The 34-year-old striker's only appearance this season came from the bench at Wolves before the international break.

Solskjaer is expecting Cavani, who scored 17 goals in all competitions for United last season, to have a similar impact in his second campaign at Old Trafford.

"He is in the squad tomorrow," added Solskjaer. "He's been training and now he feels ready to contribute.

"He came on against Wolves and then he got a slight strain in the international break when we had a [behind closed doors] game.

"He is ready again, he has worked really hard and diligently as he always does and hopefully he will have an impact as he had last season."