The Transfer Talk podcast is back and Newcastle United's interest in Manchester United's Jesse Lingard is up for discussion, as Guardian sports writer Ed Aarons joins Dharmesh Sheth and Pete Graves to explain why a move to Tyneside could be a good one for all parties

Manchester United would prefer the 29-year-old to leave permanently this month, with Newcastle still interested in signing the forward.

Lingard, who has had five loan spells away from the club since progressing through the youth ranks, is out of contract in the summer and has no interest in renewing his deal.

Newcastle have made an approach to United for Lingard, who is believed to be interested in considering any offer from the Magpies, but could the threat of relegation to the Championship play a part in his decision to join the club?

Ed Aarons says relegation to the Championship 'doesn't bear thinking about' for Newcastle's new owners, and believes Lingard 'could be an excellent signing' in their battle to avoid the drop...

"It's not the greatest prospect is it, trying to join a team that is struggling against relegation and has been really struggling all season, but they are starting to make some progress.

"They have obviously got the two through the door in [Kieran] Trippier and [Chris] Wood, and Trippier was a real statement signing. I don't think many people expected someone who is at the top of La Liga to come and swap that for a relegation battle.

"But I think Newcastle know they really have to get it right because getting relegated this season doesn't bear thinking about for the new owners. And I think they have to target players that are of a certain age and a certain status as well, with players that aren't perhaps featuring regularly for their clubs.

"Trying to get someone like Jesse Lingard who is out of favour at the moment and to try and do a deal like that. There are options out there. They have to be careful not to rush into things and get the wrong players because that could be even worse for them.

"Last season Lingard had a great loan spell at West Ham and scored goals. I was a bit surprised he didn't get into England's Euros squad on the back of that but there was a lot of competition, and again I was a little bit surprised he didn't seek to leave Old Trafford on loan at the start of this season because he was obviously not going to play very much, but he was obviously hoping that would be different for him.

"But certainly for Newcastle, he could add something immediately I think. They have a few creative players like that - Allan Saint-Maximin springs to mind - but Lingard is someone who could add pace, goals and experience from playing at United for so many years and for England.

"He could be an excellent signing, whether it would be on loan until the end of the season or if they were to purchase him outright. The main thing for Lingard will be playing regular football now." 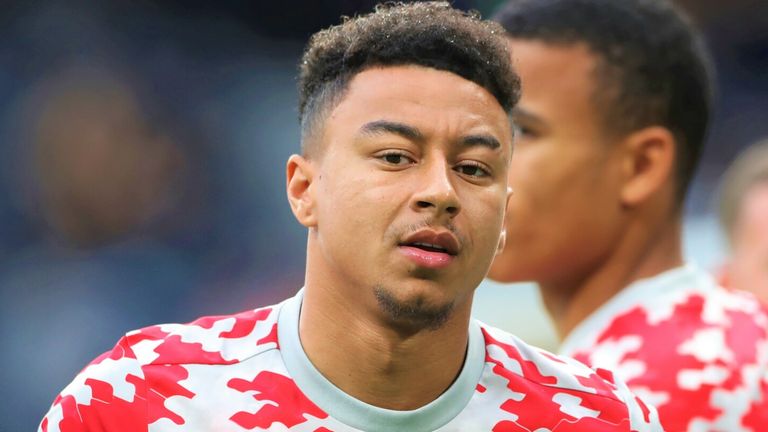 David Ornstein says that Newcastle are prepared to do whatever it takes to sign Lingard from Manchester United this month.

Dharmesh says Lingard is well aware of a need to play regular first-team football if he is to 'force his way into Gareth Southgate's plans' for the World Cup.

"They are definitely interested in him and Lingard, by all accounts, is keen to hear what Newcastle United have to say. We know his contract is up in the summer and there is no sign he is going to extend his stay at Old Trafford beyond the summer.

"Ed mentioned it, and I think something that will be in the back of Jesse Lingard's mind will be the World Cup squad because that is only 10 months away and he is going to need to start playing first-team football if he is to force his way into Gareth Southgate's plans.

"If he stays at United for the rest of this season and doesn't play, he is going to have a two or three-month window at the start of next season - whatever club he is playing at - to try and impress Gareth Southgate.

"I don't think you can blame Lingard though, in the position he is in, if he wanted to leave.

"The alternative for Lingard of course is to sit tight and wait until the summer and he can assess all of his options because if he was to go on a permanent deal to Newcastle for example now, and they didn't get out of the mess they are in and they go down to the Championship, I don't think that's something that Lingard would want to do.

"But on the flip side he is good friends with Trippier and has been very impressed they have signed a player of the calibre of Trippier, despite the position they are in." 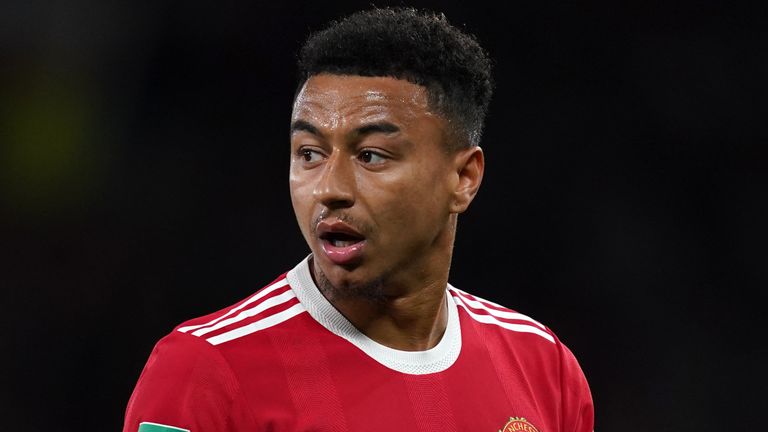 Manchester United interim manager Ralf Rangnick says he would not be 'unhappy' if Lingard stayed at the club in the January transfer window, amid interest from Newcastle.

"With Jesse, it is the same as it is in regard to a few other players. He's a really good player, I can see that in every training session. For me, it's normal that other clubs, such as Newcastle, show interest in him, but I'm not the one who is dealing with that.

"It's also a question of what does the player want? What kind of other positions does he really have? Does he see a chance to get more game time? Those are all questions that I cannot answer for him or for other players. This is something that has to be done by the players and the agents themselves.

"What I can say is he's a very good player, a technical play and he can play in many Premier League clubs on a regular basis. Here at Manchester United, it's not so easy because we have other players who play in that position and we cannot change from one game to the other in five or is positions.

"Therefore, the question for him is - I know that his contract is expiring in the summer, but the question is what does he want to do? Does he want more game time from now on, then I think it's quite legitimate to speak and think about other options.

"But I wouldn't be unhappy if he stayed for the rest of the season because I know he is a player who can play, even if we need to play him from the start. I know what kind of level I will get from him and that's how I would describe the situation."

Newcastle head coach Eddie Howe says the club is working 'very hard' to add to their squad before the close of the January transfer window.

"It's been a slightly frustrating week for us in the transfer market. We obviously know we're against a deadline and we're desperately trying.

"Everyone connected with the club is desperately trying to improve the squad and working very hard behind the scenes." 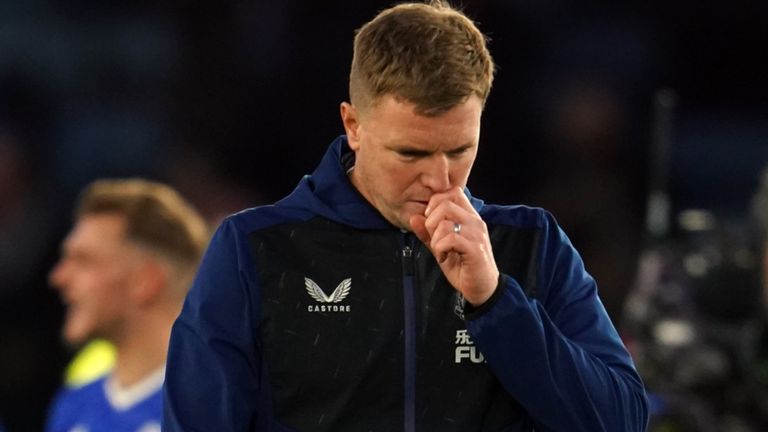 Newcastle manager Eddie Howe says everyone at the club is trying desperately hard to improve the squad, but that it has been 'a fruitless search this week'.