Plus: Youri Tielemans will consider Arsenal move; Crystal Palace prepare to revive interest in Eddie Nketiah; Chelsea draw up shortlist of defenders to target including Sevilla's Jules Kounde and RB Leipzig's Josko Gvardiol; Thomas Tuchel could be handed £200m to spend this summer 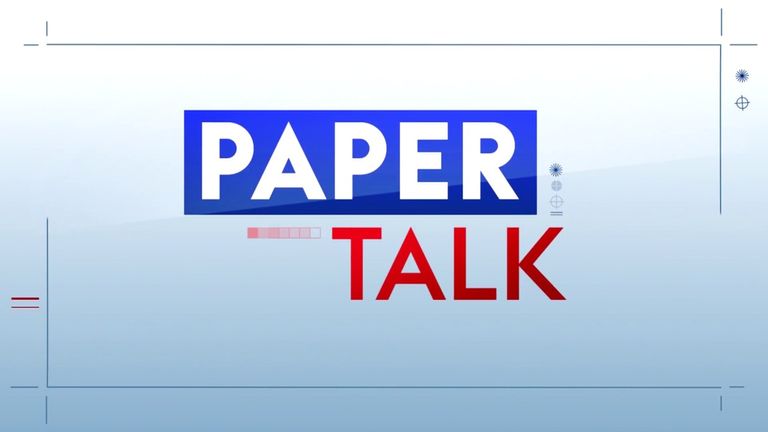 Thomas Tuchel will be given as much as £200m to spend on players this summer by Chelsea's new owners.

Wimbledon is exploring the possibility of legal action against the men's and women's tennis tours as the row over the removal of world ranking points from the event intensified on Tuesday with the other grand-slam tournaments - the Australian Open, French Open and US Open - considering offering their support as part of a joint action.

Aston Villa are ready to step up their pursuit of Rangers defender Calvin Bassey as they look to bolster their options at the back ahead of the 2022-23 season.

Chelsea have drawn up an eight-man list of defenders, including Sevilla's Jules Kounde and RB Leipzig's Josko Gvardiol, in a bid to move as quickly as possible to solve the club's centre-back crisis once the Todd Boehly-led takeover goes through.

Ferran Soriano believes Erling Haaland will have to modify his style of play at Manchester City as the Norway striker arrived in England on Tuesday to formally complete his £51m move and Kalvin Phillips emerged as the club's leading midfield target.

Crystal Palace are ready to revisit a deal for Eddie Nketiah should Arsenal fail to keep him at the Emirates Stadium this summer, while Gabriel Magalhaes is happy at the club and will not push for a move to Juventus.

Marcus Rashford wants to stay at Manchester United and is expected to undergo some intense warm weather training in the US next month as he bids to hit the ground running under new manager Erik ten Hag.

Newcastle United are interested in signing Leeds United winger Jack Harrison, but fear the Yorkshire club's survival in the Premier League will make a deal difficult to complete, and are also being encouraged to bid again for Dutch centre back Sven Botman.

Liverpool have cancelled the Champions League final tickets of 13 supporters caught offering to sell them online.

Tennis chiefs were facing a growing backlash over the tours' controversial downgrading of Wimbledon on Tuesday, amid concerns that the "absurd" decision will catapult Russia's Daniil Medvedev into the world No 1 spot.

The fall-out from Greg Norman's controversial comments regarding the Jamal Khashoggi murder continues to play havoc with the launch of the Saudi rebel circuit with Alexandra Palace backing out of staging the glitzy "draft" party on the eve of the opening $25m tournament in St Albans in two weeks' time.

Paris Saint-Germain have suspended their women's coach Didier Olle-Nicolle after accusations of inappropriate behaviour towards members of his squad.

Real Madrid have agreed to sign Aurelien Tchouameni from Monaco for €80m (£68.6m) plus bonuses.

Youri Tielemans will consider a move to Arsenal as the midfielder edges towards a Leicester City exit.

Frenkie de Jong looks to have given the biggest hint yet that he will remain at Barcelona despite interest from Manchester United after telling Barcelona fans "we will work hard to do better next season" on his social media account.

Sevilla's president Jose Castro confirmed Anthony Martial will not be joining the Spanish side permanently and will return to Manchester United upon the expiry of his loan deal.

Boris Johnson's government worked for months to encourage the Premier League to approve the controversial Saudi Arabia-backed takeover of Newcastle United despite saying publicly that they had no involvement in the takeover talks.

Essex police are investigating a flurry of abusive private messages sent to defender Kurt Zouma in which he is repeatedly called the 'N-word' and targeted with chilling death threats in the aftermath of the infamous cat-kicking episode.

Juventus legend Claudio Marchisio has revealed he told Paul Pogba not to sign for Manchester United in 2016 because it was 'not the right move for his career'.

Casemiro brushed off the idea that Real Madrid have 'extra motivation' going into Saturday's Champions League final because Liverpool star Mohamed Salah wants to get 'revenge'.

Mason Mount will no longer be one of Chelsea's lowest-paid players when Todd Boehly's takeover is completed, courtesy of a new contract which will more than double his £80,000 weekly wage.

Arsenal are reportedly interested in Napoli striker Victor Osimhen as they look to bolster their attacking options, although a deal for Manchester City's Gabriel Jesus is still rated more likely.

Aston Villa have made a "double your money" offer of a £120,000-per-week to Burnley defender James Tarkowski in a bid to beat off competition for his signature from Everton and Fulham among others.

Wimbledon's top officials are set to travel to the French Open for talks over their controversial ban of Russian and Belarussian players, but it appears there are still very few options left in a bid for any compromise to avoid ranking points being stripped from the tournament.

Arsenal loanee William Saliba has made it clear he wants to stay at Marseille despite Mikel Arteta opening the door for his return at the Emirates Stadium.

Eden Hazard has announced he will stay at Real Madrid next season despite enduring a torrid three years at the Bernabeu so far.

Chelsea are under pressure to complete their takeover by the end of May because of the need to meet UEFA regulations and secure their place in next season's Champions League.

A report in France has claimed Mauricio Pochettino will be allowed to continue as Paris Saint-Germain manager for one more season before the club makes an audacious bid to bring in Manchester City boss Pep Guardiola.

Southampton's new majority owner Dragan Solak is demanding changes after their poor finish to the Premier League season, with options including the dismissal of manager Ralph Hasenhuttl or completely changing his backroom staff under consideration.

Luton recruitment chief Mick Harford has revealed he thought the Hatters had "another Gary Neville" on their books when new England call-up James Justin was coming through the youth ranks at Kenilworth Road.

Reports in the Netherlands are hinting that Liverpool will make a move for PSV Eindhoven midfielder Ibrahim Sangare if, as expected, they miss out on Aurelien Tchouameni to Champions League final rivals Real Madrid.

Mikel Arteta is set to make a move for Sparta Prague striker Adam Hlozek this summer if Eddie Nketiah leaves on a free transfer.

Celtic expect to make the signing of Portuguese wing king Jota permanent this week as his representatives are due to hold a final round of talks that should seal his £6.5million move from Benfica.

Allan McGregor could yet remain at Rangers and the club will this week hold talks with two more of its key players in Leon Balogun and Steven Davis.

Defender Borna Barisic has move to cool speculation over his Rangers future as he pledged to return to Ibrox next season despite being linked with Roma and Watford in recent transfer windows.

Dundee are edging closer to appointing their new manager - with Jack Ross and Shaun Maloney on the wishlist.

Aiden McGeady could make a sensational return to Scottish football, with new Hibernian boss Lee Johnson keen on a reunion with the winger who was part of his squad at Sunderland.