England 0-0 USA: World Cup hopes take a hit but Gareth Southgate's side can still fancy their chances in Qatar

England stuttered to a 0-0 draw with the United States in Group B but their World Cup ambitions remain intact. This was a reality check after the Iran victory but there were positives amid the problems and Gareth Southgate will expect to build on this result...

“Have we ever beaten the States in a major tournament? No, I didn't think so. We are good at talking highly of ourselves as a nation and on the basis of very little evidence.”

Gareth Southgate had downplayed expectations before this game and the performance that followed certainly justified that caution. England did escape with a goalless draw against the United States but the display did not match even that modest result.

The clean sheet was a positive but it was precarious, aided by American wastefulness in front of goal. The significance of the game might be that it cements Southgate's long-held conviction that England must play with a back three when the opposition is strong. 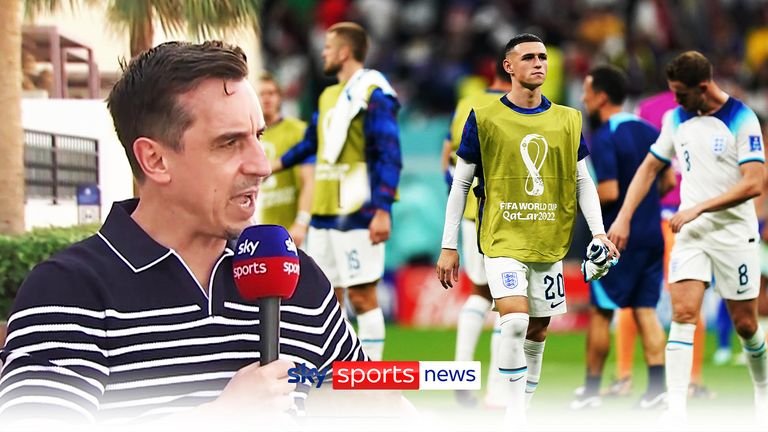 Hopes had been raised by the 6-2 win over Iran and events earlier in the afternoon made that look even better as Wales were well beaten by those same opponents. But faced with a very different test against the United States, England could not impose themselves.

Iran had stood off them. This team pressed them hard. The speed and physicality of the opposition made players who had so enjoyed themselves on Monday afternoon appear more ordinary. Bukayo Saka struggled for space. Mason Mount just struggled.

Everything was that little bit more difficult. The opportunities to turn were not there. Bodies were not just behind the ball but also breaking on England's midfield at pace. Mount and Jude Bellingham were neither here nor there. It was all a little off and it got worse.

Southgate's comments before and after the game suggested that he anticipated that. "Some of our quality in the final third could have been a little bit better," he said. "We did not quite have that same zip." Perhaps that highlights the need for rotation.

England's depth of attacking talent is a strength but Jack Grealish did not make it onto the pitch until midway through the second half, Marcus Rashford was introduced late in the game and the supremely talented Phil Foden stayed on the bench throughout.

The delay to the substitutions recalled one of the biggest criticisms of Southgate's successful six-year spell in charge of the national team. Against Croatia in the World Cup semi-final in 2018 and Italy in the final of Euro 2020, he waited and waited until it was too late.

Here, with England under relentless pressure and facing a barrage of United States corners, the changes did not come until the 68th minute. The withdrawal of Jude Bellingham will not have pleased many but at least Jordan Henderson brought greater control.

Declan Rice had found it difficult to provide protection for the defence with runners to his left and his right so it needed strong performances from Harry Maguire and John Stones behind him. The pair stood up to that challenge with and without the ball.

Maguire's performance was a huge positive. As those corners rained in on the England goal, he was there to clear them time and again. Eight clearances in total. His form has been poor but this highlighted his importance, harking back to his 2018 heyday.

England played three at the back throughout that tournament. Last summer, they added more variation to their game, only adopting that system for the win over Germany and the drawn final against Italy that was snatched away from them in the penalty shootout.

Do not be surprised if Southgate reverts to that formation in the knockout stages in Qatar. He will keep calm when others do not. He will recall the goalless draw with Scotland in his side's second game at Euro 2020. He sees this as a seven-game tournament.

That perspective is important now. Argentina and Germany have been beaten by teams ranked lower than the two that England have taken four points from six against. It is unlikely that any team at this tournament is going to look imperious from start to finish.

But if England are to go all the way, they will likely have to curtail the threat of France's Kylian Mbappe at some point. There could be Spain's masterful passing to contend with or the attacking quality of a Brazil side that are favourites to win this World Cup for a reason.

After a performance such as this, maybe it is an example of a nation talking highly of itself on the basis of very little evidence to even think so far ahead. England will need to be better, of course. But perhaps, as a result of challenges like this one, they will be.