England take on France in Saturday's World Cup quarter-final in Qatar; Kylian Mbappe is France's star player but Kyle Walker has been billed as the defender to stop him; Mbappe returned to full training with the France team on Wednesday 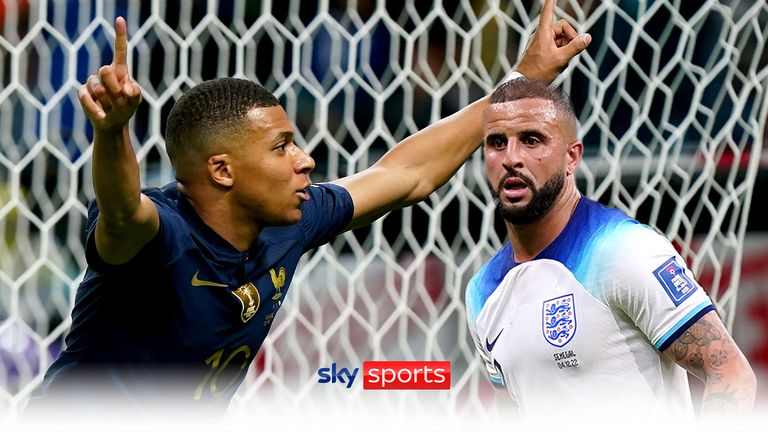 England defender Kyle Walker says he is ready to take on Kylian Mbappe and France and says he won't roll out the red carpet for him, nor let him stand in his way of a possible eventual World Cup final

England defender Kyle Walker says France star Kylian Mbappe will not "stand in my way of winning a World Cup" as the pair prepare for their pace battle in Saturday's quarter-final clash.

Mbappe, who is on course to take the Golden Boot with five goals in four games, returned to full training with the France team on Wednesday after undergoing a recovery session away from the squad on Tuesday.

Walker has been branded as England's antidote to Mbappe's attacking threat and the 32-year-old says he will not "roll out the red carpet" for the forward.

"I think the game's not England vs Mbappe, it's England vs France," Walker told a press conference on Wednesday.

"We respect that he is a good player in good form, but I am not going to roll out a red carpet for him and tell him to go and score.

"I'm representing my country at the quarter-final in a World Cup, it's do or die really. If we lose, we go home. He's not going to stand in my way of winning a World Cup for my country."

Walker has come up against Mbappe four times in his career, when his Manchester City side took on Paris Saint-Germain in the Champions League.

City won three out of the four encounters, with Mbappe scoring just once - an equaliser in their most recent encounter which the Premier League champions won 2-1.

"When we've played in the four times against PSG for Man City in the Champions League, you're not just thinking about Mbappe," Walker added. "I think it is exactly the same on Saturday.

"He's a tool in their armoury that is very good, but there are other good players and we can't underestimate them. [They have] players that have won big titles, won World Cups.

"So OK, he [Mbappe] is a great player, we know that - that is why all of the questions are about him.

"But let's not forget about Olivier Giroud, who has scored countless goals for France and in the Premier League. Ousmane Dembele, who for me is just as good on the other wing and a very tricky player. And then you have Antoine Griezmann - these players can cause you a problem.

"We take our hat off to him, he is a great player. But for me all of the questions shouldn't be about him. We should appreciate that we are seeing a great footballer, but there are other players as well."

When asked if he understands why there is so much hype about this individual battle, Walker said: "Of course I do, I play football. I understand what I need to do and that is obviously to stop him. It's probably easier said than done.

"But I don't underestimate myself. As I said before, I've played him before and come up against great players in my time playing for England, Man City and the clubs I have played for.

"I have to treat it as another game. I have to take extra care and give him the respect he deserves, but not too much respect because he is also playing England and we can cause him problems. It is going to be a tough game, but not one player makes a team."

Quizzed on who he would class as the toughest opponent he's faced, Walker cited former Liverpool forward Sadio Mane's work-rate both in and out of possession.

"Technically I didn't play against Mbappe [for Manchester City[, one versus one it was more Neymar, who is a fantastic player," the right-back added.

"I would probably say Sadio Mane just because he never gives you a moment's rest on the ball. I'm not saying the other guys I mentioned don't, but they probably don't defend as much as Mane does and save their energy for when they are attacking."

Experts on the Walker vs Mbappe battle: 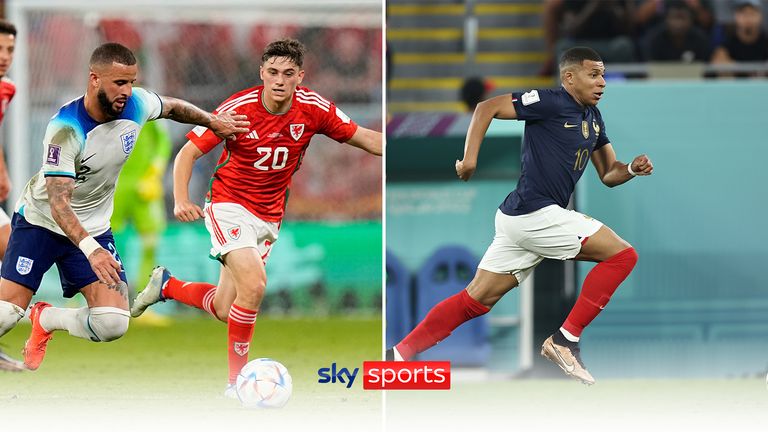 "I'm sure Kyle will stay in at right-back. That seems like a collision course waiting to happen, doesn't it?

"Mbappe vs Walker, it seems like we have the perfect defender to deal with Mbappe. If anyone can deal with him and his physicality, pace and experience."

"We'll all be looking at that Mbappe-Kyle Walker match up.

"It was fascinating listening to Matty Cash playing for Poland. He said he looked at the videos and everything, but when it came down to it, if he got tight, he'd spin it and if he stood off, he'd race past him. But then he gets the ball in the box. and he puts it top-right and top-left.

"He [Mbappe] is in such fantastic form. I think he's the best player in the world at the moment, so you need a bit of luck." 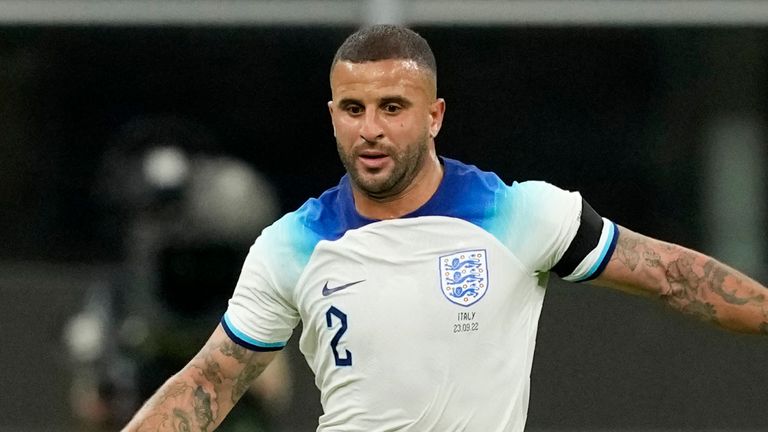 Poland defender Matty Cash, who marked Mbappe in the World Cup last-16 round:

"He's a different level. I play in the Premier League week-in, week-out, and I play against top-class wingers, but he's easily going to be the best player in the world. Speed, movement, look at his finishing. He's got everything. He put two in the top corner, one in the left and one in the right.

"I didn't know whether to drop off or go tight. When I went tight he just spun in behind. When he gets the ball, stops and moves, he's the quickest thing I've ever seen. When he stands you up and moves, he does it really well. He drops the shoulder, goes short then long.

"Their game plan is to get the ball to the wingers and when it's one-v-one you've got to try and stop him. I did everything I could, when it was one-v-one I thought I'd done OK against him. I got into a couple of races with him and I did alright. You look over your shoulder and he's there.

"He didn't really run me once. There were times where he got space on the counter-attack, which is where he scored the second goal and that was the game changer, when they went 2-0 up. That's where he hurts teams. He's probably in the top two or three players in the world at the minute.

"Kyle Walker is just as quick as Mbappe. He's England's best right-back and he's got way more experience than me. I don't need to tell him anything. So if anyone's going to stop Mbappe, Kyle Walker is the man. He's rapid as well."