Erik ten Hag: Man Utd boss will 'do everything' to end club's trophy drought which has gone on 'too long'

Man Utd are on their longest run without silverware in 40 years having last tasted success in 2017; Erik ten Hag: "We have to do everything to bring a trophy in"; watch Nottingham Forest vs Man Utd live on Sky Sports Football from 7pm on Wednesday; kick-off 8pm 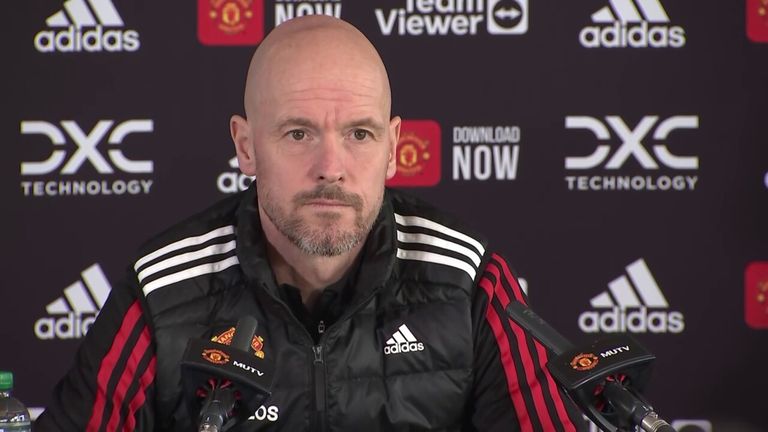 Erik ten Hag says Manchester United's trophy drought has gone on "too long" and insists he will "do everything" to bring silverware back to the club.

United are on their longest run without a major honour in 40 years having last tasted success in 2017, but this season's Carabao Cup gives them an opportunity to change that.

Ten Hag's side travel to the City Ground to take on Nottingham Forest in their semi-final first leg on Wednesday, live on Sky Sports, with the Dutchman looking to take a step closer to adding to the six trophies he won with Ajax.

"It's the best feeling you can have, winning a trophy," the United manager said.

"I had the luck in my career to win some trophies and it's magnificent, especially for the fans.

"It's so great and I think the fans here have some experience, especially the older ones.

"But now it is a period Manchester United didn't win trophies and it is too long ago. We are aware of that fact and we have to do everything to bring a trophy in."

'Arsenal defeat in the past'

FREE TO WATCH: Highlights of Arsenal's win over Manchester United in the Premier League

United are also chasing glory in the Europa League and FA Cup this season, but their hopes of winning a first Premier League title since 2013 appear to be fading after a disappointing week.

There was talk of a potential title challenge after their victory in the Manchester derby, but a 1-1 draw against Crystal Palace and a 3-2 defeat by leaders Arsenal have served as a reminder that Ten Hag's rebuild is still in the early stages.

United went ahead at the Emirates on Sunday, only for a last-gasp Eddie Nketiah goal to seal a 3-2 victory to leave Ten Hag's side 11 points off the top.

"We left it behind," he said. "We set the right conclusions then, we have to move forward and quickly because Wednesday night is a big game so the focus is on that."

Ten Hag believes Marcus Rashford is in the "best place" to realise his ambitions as the Manchester United boss looks to construct a team that can conquer England and Europe.

The Old Trafford giants are synonymous with silverware but have only won three major trophies since Sir Alex Ferguson bowed out as a Premier League champion in 2013.

United have floundered for much of that time and are in the midst of their worst trophy drought in 40 years, having failed to land silverware since lifting the Europa League aloft in 2017.

Rejuvenated Rashford has been key to an upturn in fortunes and negotiations are under way over a new deal, with the homegrown star's current contract expiring in 18 months. 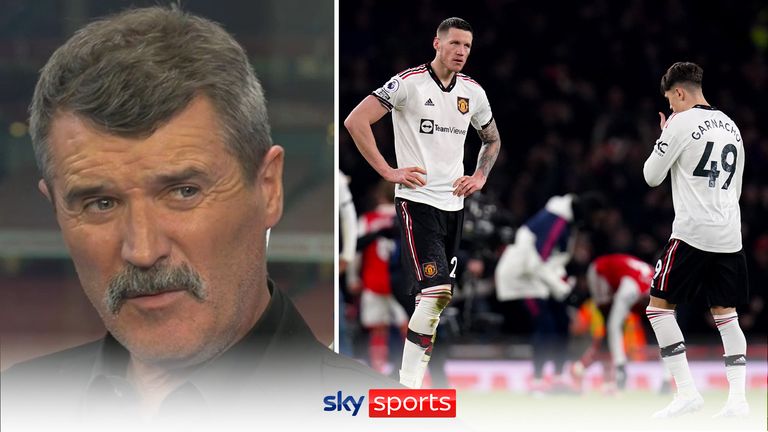 "It is confidential about talks between clubs and players," Ten Hag said. "I think he understands Man United is his club. That's first.

"But also, in this environment, in this team, I think he is playing his best football. He's improving and that's about him because he's working on the good things.

"He's giving 100 per cent energy in it, he has a good plan and I think also in this team he can bring in his qualities.

"So, this team can help him get in the right position and to score goals, where he is good at.

"This team is constructed like this that his qualities come in from and I think he knows that but definitely, yeah, he's important for us.

"If we want to get the success we want, we need him."

Martial and Dalot have missed recent matches through injury, while Sancho recently returned to first-team training.

Asked if the trio could return for Wednesday's first leg at the City Ground, United boss Ten Hag said: "No.

Casemiro is available again for United after serving a one-match ban in the Premier League. Axel Tuanzebe has returned to training after an injury lay-off but Donny van de Beek remains out for the rest of the season following a knee operation.