David Moyes is confident Wayne Rooney is ready for the responsibility of captaining club and country, and is adamant the Manchester United striker is not past his best.

Moyes gave Rooney his debut at Everton and also worked with the England international at Old Trafford last season.

Rooney has been backed to be a success in both roles by Moyes, who believes the responsibility could take the forward’s game to a different level.

"It is a terrific time for Wayne professionally and he is ready for it," Moyes told The Sun.

"At this time in his career, I am sure he wants to take on that extra responsibility the captaincies bring. It could make him an even better player.

"He wants to show that development, he has proved he is a top player, now he will want to show he can take on the responsibility and be a top captain. 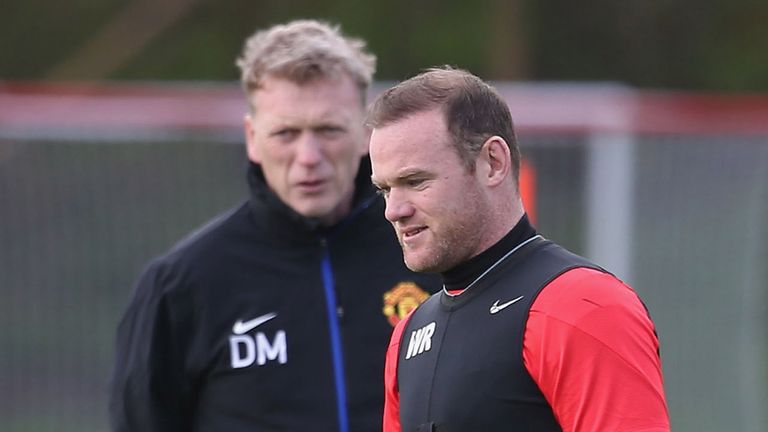 It is a terrific time for Wayne professionally and he is ready for it. At this time in his career I am sure he wants to take on that extra responsibility the captaincies bring. It could make him an even better player.

"He may be taking the armbands at a difficult time, everyone knows Manchester United are going through a transitional period. I don’t think the responsibility will weigh him down but instead help him kick on.

"He will want to lift trophies for United and England."

Moyes has also dismissed concerns that Rooney is already at his peak and can envisage him dropping back into a midfield position later in his career.

He added: "Some people might wonder if we have seen the best of him. I don’t. I still believe he is one of the best in the Premier League.

"There will always be young players pushing hard for his place but right now I don’t believe there is anyone who can dislodge him for club and country.

"In time, I can see him moving further back on the pitch and becoming a midfielder, and a good one at that.

"He has a great range of passing and understanding of the game, someone who can play in any position. He was even pretty good in goal! But he still has that instinct as a striker."