Redknapp’s comments came when he was asked about Taarabt’s injury status following QPR’s unfortunate 3-2 defeat to Liverpool on Sunday.

The Morocco international was once a hero of the QPR fans but spent time on loan at AC Milan last season and has only featured three times this term due to persistent ankle problems.

The Loftus Road loss to Liverpool left QPR bottom of the Premier League standings, but Redknapp does not appear to be anticipating much assistance from Taarabt in their fight against relegation.

"No, he's not fit,” said the R’s boss. “He's not fit to play football, unfortunately. 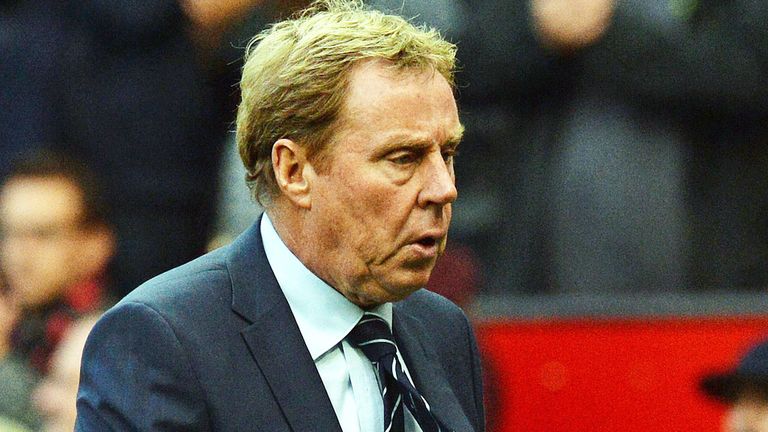 He's not fit to play football, unfortunately. He played in a reserve team game the other day, and I could have run about more than he did.

"He played in a reserve team game the other day, and I could have run about more than he did.

"And that's what I got today from the players.

"When he starts doing that, whether he ever can do it, maybe he'll get a game.

"The other lads, I've got a fantastic group of lads here, absolutely superb, all of them.

"I can't keep protecting people who don't want to run about and train, who are about three stone overweight.

"What am I supposed to keep saying, keep getting your 60, 70 grand a week but don't train? What's the game coming to?

"The others are as good as gold."

QPR produced their best display of the season against Liverpool but lost out by the odd goal in five after an incredible finish, during which four goals were scored in the final three minutes plus stoppage-time.

And Redknapp shrugged off speculation regarding his future, claiming he has done well to organise the side under difficult circumstances.

"I think you have to understand that, two weeks before the season started, I had 12 players," he said.

"Now, I'm not making excuses, I had 12 players at this football club, outfield players.

"I went on tour to Ireland and I took 12 players with me.

"There wasn't another one injured, or hiding behind the training ground, that was what I had, 12, left over from last year's Championship, and it was a last-minute job when we had to bring players in.

"I couldn't give a monkey's about speculation. There's no one could do any better here at the moment than me, I don't think.

"I hear other names mentioned, but they couldn't do any better than what I can do, that's for sure."