Manchester United have agreed a deal with PSV Eindhoven for forward Memphis Depay, subject to the 21-year-old passing a medical once the transfer window opens.

Sky sources understand the deal is initially four years with the option of an extra year, and the fee is believed to be around £25m.

United announced the news on social media, tweeting: "MUFC has reached an agreement with PSV Eindhoven and Memphis Depay for the player's transfer, subject to a medical.

"Pending the successful completion of the medical, the deal will go through once the transfer window opens in June. Manchester United @ManUtd."

Depay tweeted: "I always say; Dream, Believe, Achieve. I was dreaming and believing of becoming the champions of the Eredivisie with @PSVand we achieved it.

"I’m extremely grateful towards PSV, all the fans, for believing in me. Now it's time to set my goals again on winning trophies with @ManchesterUnited.

Marcel Brands, PSV's technical director, said: "We are very proud of this transfer.

"Memphis has come up through all the PSV teams from the youth academy and has played an important part in winnng the title this year.

"He's a wonderful exponent of our training and will be a great addition to a magnificent club in a beautiful competition. We’re obviously losing a fantastic player who is of great value to the team. But PSV grants him this wonderful move."

Liverpool and Paris Saint-Germain were reported to be interested in Depay but United manager Louis van Gaal has beaten his rivals to the signature of the Holland forward. 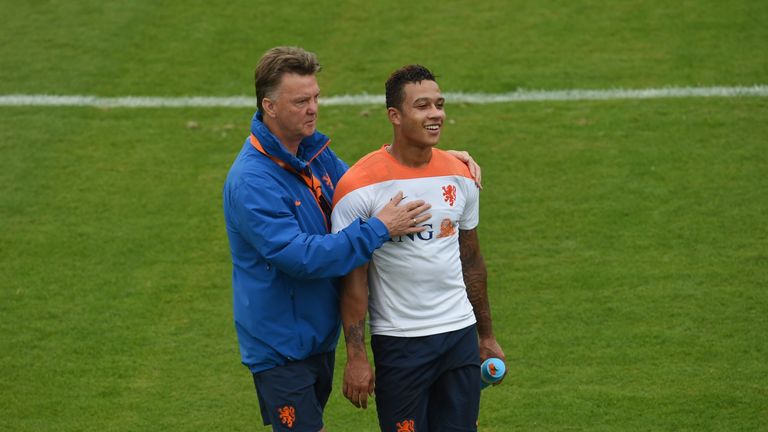 All you need to know about the talented 21-year-old Netherlands international...

Sky sources understand that the arrival of Depay is not expected to signal the departure of Angel Di Maria and that despite a difficult first season in English football, United have no plans to sell the Argentine.

However, with the signing of Depay and the excellent form of Ashley Young this season, it is likely that van Gaal will consider loan enquiries for Adnan Januzaj.

After signing his first professional contract in 2012, the forward made his breakthrough during the 2013-14 season when PSV finished fourth in the Dutch league.

This season has been by far his best at the club. The 21-year-old's goals helped PSV win their first title in seven years, which they wrapped up with three matches to spare.