Measuring the impact Liverpool's Mamadou Sakho has had at Crystal Palace

How has Liverpool loanee Mamadou Sakho helped transform Crystal Palace? We spoke to former Liverpool U23s coach Michael Beale, who worked with Sakho earlier this season, to get the lowdown on the in-form defender.

The January transfer window can make or break a team's season. Managers of title-chasing clubs notoriously don't delve into the winter market too often, but down at the bottom of the Premier League, where things are a little more desperate, one signing can be the difference between survival and relegation.

Rarely, though, has a player had such an immediate impact as Mamadou Sakho has at Crystal Palace.

Sunderland tore Palace apart in early February, before Stoke condemned the Eagles to a fifth league defeat in seven a week later - it looked like survival specialist Sam Allardyce had bitten off more than he could chew.

However, waiting in the wings was a man with a point to prove after a tumultuous year at Liverpool that included an anti-doping investigation and expulsion from Liverpool's pre-season tour; Palace's turnaround since the introduction of Sakho has been seismic ahead of the visit of Arsenal on Monday, live on Sky Sports.

In the five games since Sakho's inclusion, Palace have conceded four goals, and three of those were in defeat at Southampton in midweek - the only blot on Sakho and Palace's recent copybook. 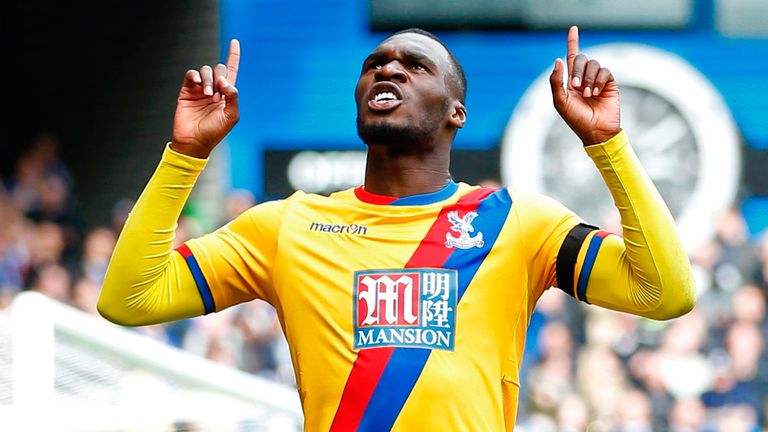 Sakho's performance in the 2-1 win at Chelsea was the real standout. Despite having three different partners due to injuries, the 27-year-old repelled the Blues time and again, making a game high nine clearances and five interceptions, picking up the man of the match award in the process - Sakho was back at the top of his game.

Cast aside by Liverpool, Sakho was forced to play for the U23s until his January move to Selhurst Park. Then U23s coach Michael Beale gave Sky Sports some insight into Sahko's resurrection. He feels the France international has put the trials and tribulations of the past year behind him, and is reaping the rewards of his hard work and dedication.

"When he first came to us at the U23s, I didn't really know what happened with the manager," Beale tells Sky Sports. "I didn't want to know, and I said to him that as long as he respected me and the U23 players and staff then we wouldn't have a problem. He went well beyond that.

From that day onwards he was getting changed in a Portakabin. He was never, ever late, and he worked his socks off. He could not have been a better professional. You are seeing the results of that work now at Palace.

"From that day onwards he was getting changed in a Portakabin. He was never, ever late, and he worked his socks off. He could not have been a better professional. You are seeing the results of that work now at Palace.

"Although we had some good players in that group - Ben Woodburn and Trent Alexander-Arnold - he was playing in front of 1,000 people, and was the target for everyone, being so famous. His attitude was outstanding. I have never seen anything like it.

"We built a really good relationship, and he texted me when he joined Palace, obviously pleased to have made the move.

"For a team like Crystal Palace, he is a god-send. He is not usually someone they could afford, or even pay that sort of salary. He is inspirational to others around him. He is one of those guys who just walks into a dressing room and has a presence, you know they are there.

"He wasn't in great physical condition when he came to us, but I watched the game against Chelsea at the weekend, and he was everywhere - his condition has improved markedly. We worked him hard, and he never once complained.

"Chelsea played quite well but couldn't score, and Sakho was one of the reasons. The ball was like a magnet to him in the box. He also had that look back in his eye."

This resolve Beale eludes to was severely tested by Diego Costa last weekend. The service into him was plentiful as Eden Hazard and Cesc Fabregas combined almost telepathically at times, but Sakho was there time and again to frustrate the Spain international.

Then, at Southampton, Sakho seemed to take a blow to the head early on, and looked erratic as Saints turned the match around to earn a 3-1 success. Bouncing back will be another test for Sakho to overcome

It is a shame what happened at Liverpool. Both parties have lost. Sakho is playing for a club that I think he is too good to play for.

His chances of resurrecting his Liverpool career seem slim, with his relationship with Jurgen Klopp strained. Beale highlighted the fact that Klopp is unlikely to forgive Sakho's misdemeanours and in fact believes Klopp somewhat blames Sakho for Liverpool's failure to win last season's Europa League.

"It is a shame what happened at Liverpool," Beale adds. "Both parties have lost. Sakho is playing for a club that I think he is too good to play for.

"Everyone is looking for a left-footed centre half. If it is to be that he leaves Liverpool, he won't be short of offers. He will likely move on.

"It will be sad if there cannot be some form of reconciliation, because I think Liverpool still need him. Jurgen felt he could go with other players.

"If Sakho was able to play against Sevilla in the Europa League final, Liverpool would have won. I am sure of that. That would have changed the whole course of things at Liverpool; they would have been in the Champions League, extra revenue, attract better players etc. Maybe Klopp cannot forget that. I don't know the ins and outs."

All Sakho can do for now is continue to be the figurehead of the Palace renaissance. Next up are the Gunners and star forward Alexis Sanchez. With Sakho in this form, however, another of the Premier League's leading lights could be in for a difficult evening in south London.