Rui Marques was a finance worker in Portugal when his success in fantasy football competitions set him on a path to becoming an international football scout for real. Adam Bate caught up with him to discover how he ended up scouting for Legia Warsaw…

Rui Marques had no grand plan for a career in football. "I wanted to study and go to college," he tells Sky Sports. He did just that, even completing his economics degree.

"My idea was to have a career in finance for a multinational company. But as the years went by, my daily work by the time I was 26 or 27 became quite boring and repetitive."

Everyone needs a hobby. For Marques and his friends in Portugal, that was fantasy football. He could not have imagined back then that he would find a way to parlay his success at the game into a career as an international football scout on both sides of the Atlantic.

The mid-2000s were boom time for football in Portugal. Cristiano Ronaldo moved to Manchester United in 2003. The following summer the country played host to Euro 2004 with Porto winning the Champions League and Jose Mourinho moving to Chelsea.

"The Portuguese media covered everything to do with Mourinho and Ronaldo so we had lots of information about the Premier League," he explains. "Me and my friends loved football so we started looking at the fantasy football games in the UK. At the time, loads of the newspapers there had competitions running with good prizes.

Before long, his interest had morphed into something much more.

In an exclusive interview with Sky Sports, Paul Tisdale sets out his nine rules of recruitment

Marques began to gorge on information and his economics background helped him to filter the noise from the numbers that really matter.

"It was one of the highlights of my life."

But he was not done there.

"In England, they began to restrict entry to UK residents so I started playing other competitions too. I had some knowledge about the Bundesliga so I decided to play a competition in Germany with the newspaper Bild. I won first prize there too. Everything went right for me. In the space of three years, I had won in England and Germany."

Once is luck. But twice? Marques started to think that he had something to offer the football industry. He had no contacts and no direct experience of the game beyond a Level One coaching badge with the Hampshire FA on a trip to England. But he did have a knack. 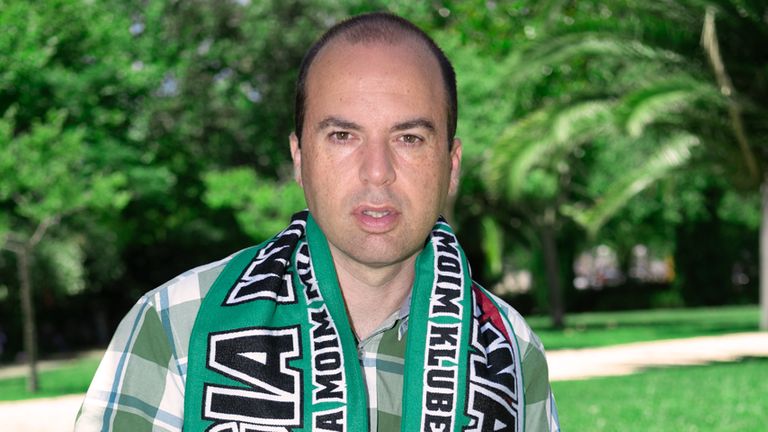 I was a complete outsider but I thought maybe I had something that would help me to enter the real football industry.

"It was in that summer of 2013 that I decided to build a CV and try to develop some contacts on LinkedIn," he explains. "I was a complete outsider but I thought maybe I had something that would help me to enter the real football industry. I sent emails to the major clubs here in Portugal, offering my services for free to all them just to get my foot in the door."

Some were receptive. Porto, the league champions at the time, gave him an interview. But there was only one club prepared to give him the opportunity to show what he could do.

"It was Estoril Praia who gave me a chance," says Marques.

"They were a little team just outside Lisbon but they were in a good moment when they qualified for Europe. The coach at the time was Marco Silva. That was my start as a scout.

"I did not get any money but I did my work and every weekend I would go to matches in the second and third tiers of Portugal because that was the main market of Estoril."

Marques was shrewd enough to keep his job in finance - he did not have much choice. He became a father for the first time in December of that season. Quite understandably, his wife was wondering why so much time and energy was being devoted to this unpaid work.

"It was a demanding period," he admits. "My wife was on at me because I was spending all my time on this and not making any money. It was a really hard season. But at the end of that year, the club signed two players from the second division based on my work."

Kuca was identified playing for second-tier side Chaves and was soon sold on to Turkey. Anderson Esiti was spotted playing for Leixoes in that same competition, became a Nigeria international the following year, and was sold to Gent. Estoril made a profit on both players.

It was Marques' breakthrough.

"In my second season, I started to receive some money from the club each month. It was not a lot but it was quite symbolic for me. I was being paid to scout for a football team."

A change in ownership forced Marques to look elsewhere but it was just the start of his adventure. The next step was with Major League Soccer outfit Sporting Kansas City.

"I used to write in an English fantasy football forum and most of the guys would tell me that I was deluded and would never get into football. They gave me some stick. But there was one guy who told me to try America and look to develop contacts there because they like winning people. It was true and that was important. Two or three clubs there replied to me.

"I spent three-and-a-half seasons at Sporting Kansas City and it was very good for my career. They were not the biggest club but they wanted to be the best that they could be. They gave me the chance to scout for them in Europe. I covered Portugal, France, Spain and Belgium.

"The first player they signed based on my recommendations was Diego Rubio in 2016. He was playing in Portugal and then Spain and he was a success for them. In fact, he had one of the best minutes-per-goal ratios in MLS in the 2018 season just behind Zlatan Ibrahimovic."

Like most scouts, Marques' biggest frustration is when clubs do not heed his advice.

"The thing that annoys me about football is that sometimes you do good work as a scout but the directors or the coaches take bad decisions and make bad signings," he says.

"You look at it and you cannot understand it. For example, Sporting Kansas traded Diego Rubio to another team in MLS. The supporters were surprised. It was inexplicable. After that trade, the team had a terrible 2019 season so I was right but if I say I was right then nobody will listen because I am just a scout. I have no power. That is sometimes frustrating.

"I saw Naby Keita in the second division in France playing for Istres. I knew straight away that he was special. I have emails with my chief scout saying that he is a great player. You can do an excellent job but sometimes those in power do not get it right.

"My wife still gets frustrated because I spend so much time watching football and she is wondering why teams don't sign more players based on my work. But that is football."

In an exclusive interview with Sky Sports, Burnley's Mike Rigg explains why scouting could be changing.

Marques has just finished watching his latest video - a second-tier game in Spain. His time with Sporting Kansas City came to an end but he cherishes the fact that he was able to be part of two US Open Cup triumphs - the second featuring three of his recommendations.

Now 40, still based at his home in Paco de Arcos just west of Lisbon, he has written a book about his experiences called The Unknown Champion.

He has a new role too, working as an international scout for the Polish giants Legia Warsaw as their man in western Europe.

"Legia Warsaw is a club with huge potential and I am enjoying it with them," he says. "I have covered games for them in Scotland and France. My motivation is as strong as ever."

So what makes him a good scout?

"My finance background has been useful because I have developed a good relationship with numbers," says Marques. "It is easy for me to analyse data, memorise numbers, do calculations and comparisons. I also use my finance background to think about the price of the player and work out whether it is a good deal or not.

"I use WyScout. On video there is more time to analyse. Sometimes I rely on the data and sometimes I don't. In the end, it is the qualitative opinion that is decisive and I believe that I have a proven record of spotting talent. I believe in my judgement."

He has learned so much in his seven years as a scout but the basic principles of his success have not changed since the days when he was picking players for his fantasy football team.

"To win major fantasy football competitions you have make good decisions lots of times," he adds. "People say it is not like working in a real club but it is the same thing. It is all about making good decisions."

The Unknown Champion by Rui Marques is available now