In an exclusive interview with Sky Sports, Jurgen Klopp discusses Luis Diaz's start to life at Liverpool and why there is lots more to come from the Colombian

“You don’t expect miracles immediately from these kind of players,” Jurgen Klopp tells Sky Sports. “But he is not far away from doing exactly that. Long may it continue.”

The Liverpool manager is talking about Luis Diaz, the January signing from Porto who has done more than score twice in the Premier League - he has shifted the dynamic in the title race. Jamie Carragher thinks Liverpool are favourites because of his arrival.

Had Diaz needed more time to adapt to his new surroundings, that would have been understandable. Klopp himself acknowledges that. "Every coach would say the same about a January signing. You do it, but if you could, you would do it in the summer." 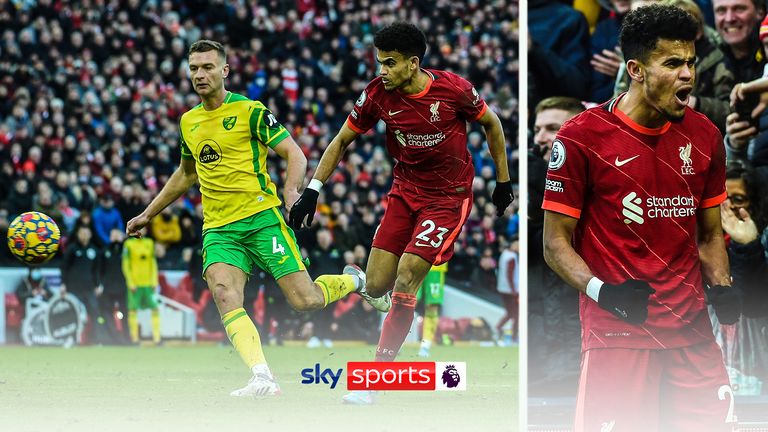 The Colombian deserves the credit. "Absolutely," insists Klopp. But it also reveals something about Liverpool's recruitment - both the player identification and the subsequent work that is done once the player is inside the building to ensure a seamless transition.

"There is a reason why you sign a player. The reason is the quality that he has. The reason is the way that he is playing the game." But with Diaz, as with so many of Liverpool's signings, there was a logic to targeting him beyond his ability - they believed he would adapt.

"With Luis, where it has been really special is that when we saw him we knew that he would fit in immediately," explains Klopp. "That is really difficult usually but because he did not have to change, that is why we have a really confident boy here.

"He was in a really good moment with Porto, playing good for Colombia, and so he came here full of confidence. But what we tried to make sure is that he does not lose that because of the playbook as we tell him that he has to do this and he has to do that.

"We want him to be natural."

Analysis showed he was a good fit

It has been possible for Diaz to behave naturally because what he is being asked to do is very similar to what he was being asked to do at Porto. The statistical analysis had already been done that would have revealed that much to the Premier League club.

"Just before he moved to Liverpool, our models suggested that Diaz should theoretically hit the ground running, largely due to the similarities of playing styles between Liverpool and Porto," Andy Forrester, product manager at AI Abacus, tells Sky Sports.

The model factors in just about every measurable aspect of a team's style of play. Liverpool are better. But Porto try to do the same things. "In terms of tempo, high press, counter-press, defensive line and build up, the two teams are almost identical," adds Forrester. 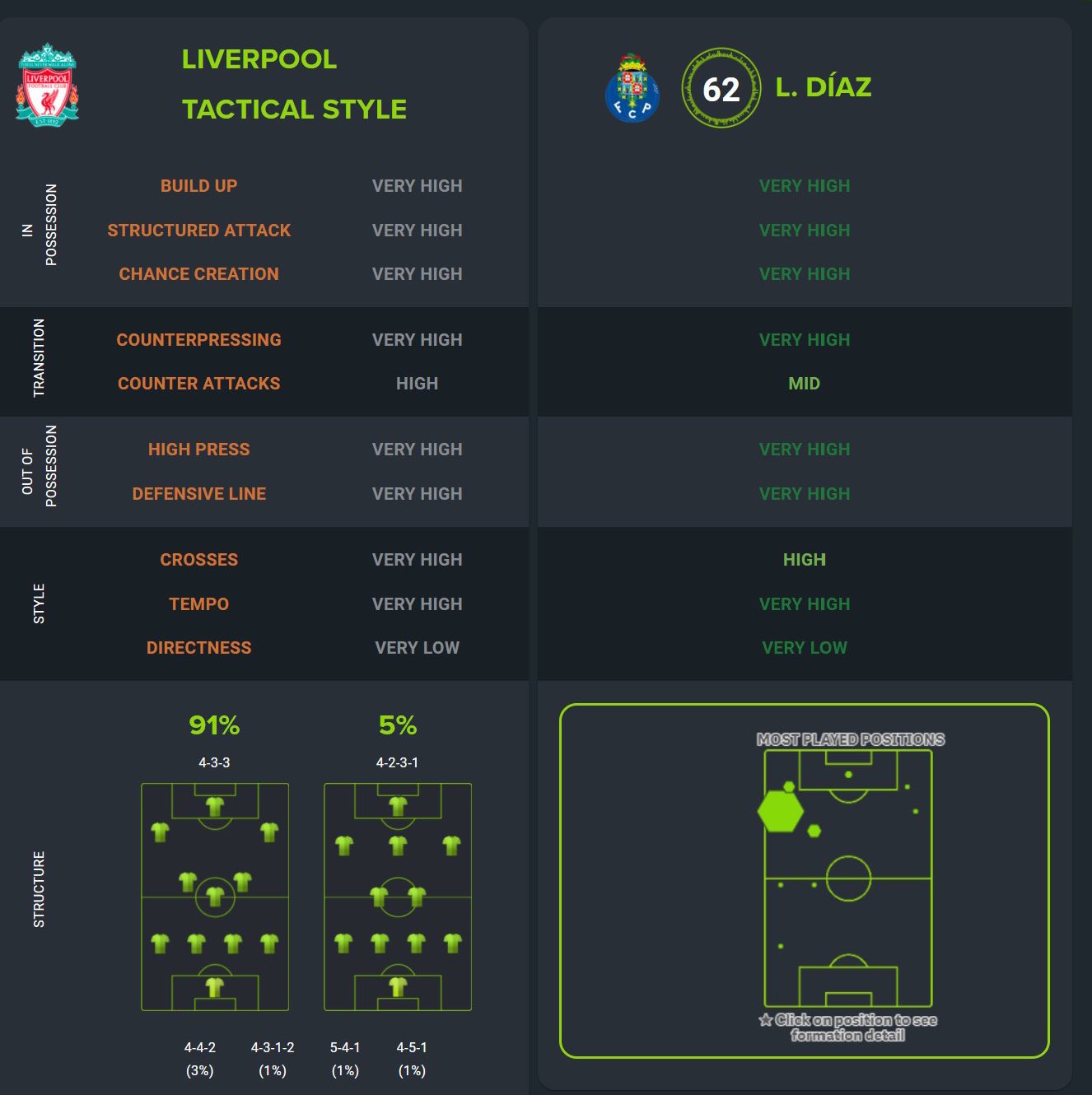 This modelling looks beyond the formations that would have suggested Diaz was playing in a 4-4-2 at Porto. "The reality of it is that when you watch Porto, they play so high in possession anyway that he practically takes up the same positions on the pitch.

"We simulated targets that Liverpool had been linked with and Diaz came out as the clear winner in having the highest predicted chemistry with the Liverpool squad. It specifically predicted he would link up well with Andy Robertson, Diogo Jota and Harvey Elliot."

Diaz's counter-pressing score in the AI Abacus model was even better than Sadio Mane - just below that of Roberto Firmino. Significantly, it was "a lot higher than a lot of the other targets they had been linked with" - another reason why he was the right choice.

Klopp is familiar with this analysis. It is one of the reasons why the club has long targeted players from clubs with a similar style. That used to be Southampton, schooled in the press by Mauricio Pochettino, and more recently has by Bundesliga side RB Leipzig.

"It was clear from the first moment that we saw him that he would be a player who could play immediately, on a specific level, if he could deal mentally with it," says Klopp. "Because I cannot take the pressure he feels completely off him if he feels it."

This off-field aspect of the integration of a new player is the intangible that cannot be teased out so easily from the data - but it can be the difference between a signing that works out and one that does not. The language barrier is an issue for Klopp right now.

"That is always completely different from player to player but with Luis, for obvious reasons, there is a language issue with me. I do not speak Spanish and he does not speak English. He is learning. I am not learning so we will have to wait until his English gets better.

"Until then, we have a lot of people here who are in constant talks with him. It will take time. He is at a new club and he is thinking about what people expect. But he is obviously pretty natural here. That is why he plays the way that he plays."

There will soon come a time for more in-depth tactical instruction, perhaps when Diaz's English has improved. "We have a pre-season next summer when we can work on all the little things with him, where we can do those fine adjustments."Before that there are trophies for Liverpool to win and Klopp does not plan to burden his new signing with unnecessary detail while he is performing so well. But whatever happens between now and May, his message is that the Luis Diaz story is only just beginning.

"Nothing has happened yet.

"There is loads more to come."

From underweight teenager to Liverpool star

Inside the rise of Luis Diaz

Sky Sports reveal the inside story of how an underweight teenager in one of Colombia's most impoverished regions triumphed over severe adversity to reach the top with Liverpool.