Arteta: "It looked nasty to be fair - knowing Auba there is no intention to make that tackle - hopefully the player hasn't been injured. Sorry for that." 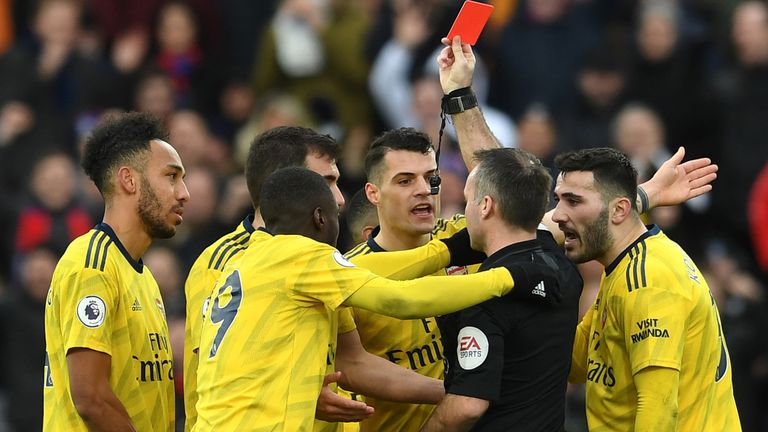 Arsenal head coach Mikel Arteta apologises to Crystal Palace after Pierre-Emerick Aubameyang was sent off for a challenge on Max Meyer, following a VAR review.

Mikel Arteta apologised for Pierre-Emerick Aubameyang's red card tackle on Max Meyer, calling it "nasty" but insisted it was an out of character challenge.

Arsenal were reduced to 10 men in the second half of their 1-1 draw with Crystal Palace when VAR intervened to send off Aubameyang for a dangerous tackle after referee Paul Tierney had originally booked the player.

Max Meyer's foot gave way under him, twisting his ankle at a horrific angle from the force of the Arsenal's striker tackle and the Palace man was immediately substituted with manager Roy Hodgson believing he's suffered ankle ligament damage. 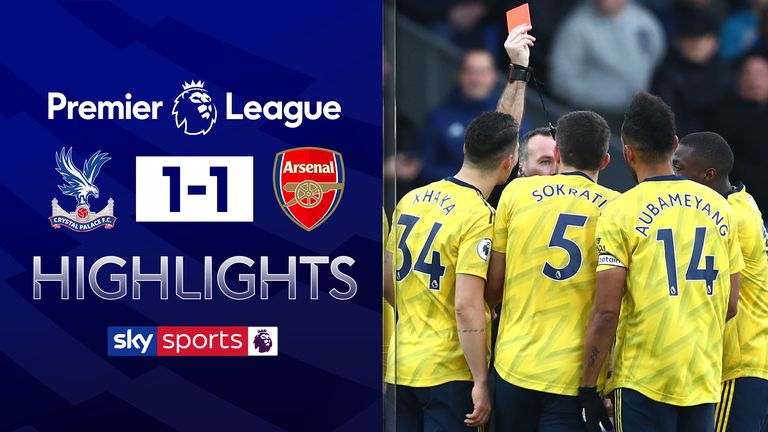 FREE TO WATCH: Highlights from the 1-1 draw between Crystal Palace and Arsenal.

Arteta had no complaints with the decision to upgrade the punishment from a yellow to a red card.

He said: "I've just seen it and it looked nasty to be fair - knowing Auba there is no intention to make that tackle - hopefully the player hasn't been injured. Sorry for that."

Arsenal looked in full control of the match in the first half after Aubameyang's opener but allowed Palace to equalise courtesy of a deflected Jordan Ayew strike.

"I think the first 35 minutes were exactly what I want our Arsenal team to play like," Arteta said.

"We were at it, we were very dominant, we controlled the game, we were in the right positions and we were so good in transition.

"After that we had a spell when we started to give free-kicks away, it's more stop-start, but I was really pleased with the first half. The first 10 minutes of the second half, credit to them because they pushed, put balls in the box and threw men up front. We had more difficulties.

"We conceded a goal where we switched off completely and it's unacceptable, I am upset with that, but after that we reacted very well after conceding goal and after Auba's red card, we were the team that I expected because everyone was at it again."

Lucas Torreira was substituted at half-time in the draw having been seen struggling with a muscle problem for various parts of the first half.

Arteta said: "It's a muscle injury. We'll have to assess it with the doctors tomorrow. We will know more the day after."

Crystal Palace manager Hodgson concurred with Arteta that Aubameyang's challenge was worthy of a red card but thought it was an accidental bad challenge.

"He's not happy," Hodgson said when asked about how Meyer felt about the challenge.

"I knew it was a bad challenge but I'd like to emphasise Aubameyang hasn't deliberately tried injuring the player. It's the type of challenges forwards can make when chasing back. There's no doubt it's a red card and a bad challenge. I'm just surprised we had to wait so long for the decision.

"The position of ankle isn't pleasant - I'll be very surprised if there's no ligament damage. He was very upbeat in the sense he'll be OK and he'll get over it but we must wait until Monday when the doctors report back."