Pep Guardiola claims he is disappointed Manchester City will not face Marcus Rashford in Sunday's derby.

Manchester United striker Rashford is sidelined with a back injury and will not get the chance to add to the four goals he has previously scored against City as the teams meet at Old Trafford, live on Sky Sports.

The 22-year-old has been on target twice against City this season and his absence should make Guardiola's planning easier.

Yet the City boss has looked beyond that and feels it is a shame he will not be involved in the Premier League clash.

He said: "I have always said since the first day I became a manager that I like to play against a full squad from my opponents.

"I would have loved to play against (Eden) Hazard at the Bernabeu. I don't like to see Rashford out or (Harry) Kane against Tottenham. I prefer to play against top players and all the players available.

"So it is not good for United and he is absent for the national team. Hopefully he can recover as quickly as possible. I would have preferred if he had played for them."

Guardiola says he does not know if it will now be easier to play against United because he knew Rashford would be out before he started planning. 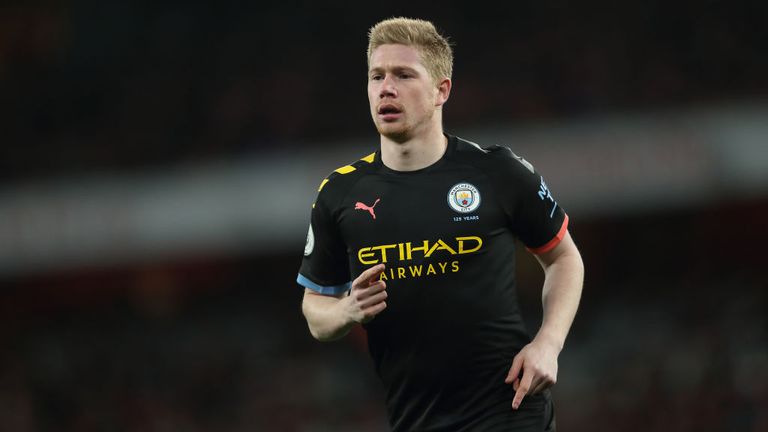 He said: "At the moment I think about United and which players are available to play against us and after that I am not concerned any more. I don't think even for a half second that he is not there.

"I think about (Anthony) Martial, (Daniel) James, (Bruno) Fernandes and (Odion) Ighalo if he plays, and the way they plays - three or four different types of systems.

"Also the way we play, trying to settle and understand what we try to do, and the quality they have, the way they play, and to try to go there and put in a good performance."