"I haven't been good enough this season to even be talking about things like that," concedes Wilson, who hopes to regain consistency and England squad place

Bournemouth striker Callum Wilson says he does not deserve to be linked with a move to a bigger Premier League club because of his poor form.

The 28-year-old netted 14 times during a productive campaign a season ago but by his own admission, he has endured periods of inconsistency in front of goal this term.

While Wilson insists he is flattered to be linked with a move away from the club, the forward maintains Bournemouth's battle for survival must take precedence.

"Of course it is flattering, they are great clubs, massive clubs in the league," Wilson said, when asked about past interest from the likes of Chelsea.

"There were links and talks but I'm not one to read papers or listen to too much news. But you hear it from people - from friends, from family - and it only encourages me to do well really.

"Last season, my performances were quite consistent and when there were links, I tried to stay at a certain level and play well.

"Any player would like to play in the Champions League and progress, that's what I've based my whole career on.

"First and foremost is obviously keeping Bournemouth up and safe and I haven't been good enough this season to even be talking about things like that.

"I put it to the back of my mind and tried to focus on myself."

Wilson's personal disappointment this season has mirrored Bournemouth's struggles, with the club currently in the relegation zone at the time of the season's suspension.

The proposed April 30 return date looks unlikely owing to coronavirus and the worsening public health crisis, but the league's position is they hope the season will be played to a conclusion.

Eddie Howe's side have arguably endured their toughest season since he returned to the Vitality Stadium in 2012.

Two straight wins over Brighton, where Wilson broke his goal drought, and Aston Villa helped restore some much-needed confidence and suck their rivals into the relegation mire before the break. 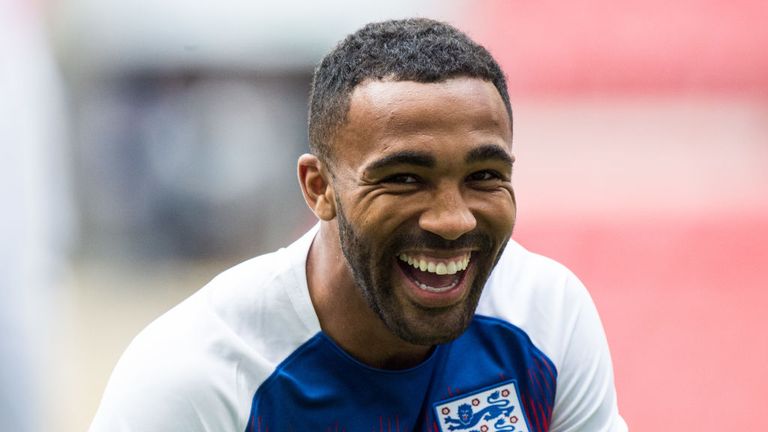 I have the ability and I believe in myself to be able to play for [big] clubs and the national team.

Callum Wilson on his England ambitions

But that inconsistent form reared its head again with defeat at Burnley, despite a draw against Chelsea and a narrow loss to Liverpool in their last game before the enforced stoppage.

While admitting that he's at a loss to explain why they have struggled so noticeably this season, Wilson does not want sympathy. He believes the players have to take the brunt of the responsibility.

"Everyone needs to step up to the plate but I think no one can really say that this season they have played above par or where they need to be," Wilson said.

"We've come off it a little bit, I don't know why that is.

"You only deserve to stay up if you are winning the games you need to.

"At the minute, we see ourselves in the position that we are because our performances haven't been where they need to be."

There remains an unblemished hunger for Wilson to continue his personal journey that has seen him rise from League One to the top flight.

The four-cap England international has been on Gareth Southgate's radar in the past couple of years but acknowledges there are plenty of strikers who have had better seasons than he has.

He now hopes the postponement of the Euros to 2021 might yet work in his favour if he can inspire Bournemouth to preserve their Premier League status for a sixth season and rediscover his scoring streak.

"To be honest, I have the ability and I believe in myself to be able to play for these clubs and the national team," Wilson said.

"I haven't been consistent enough with good performances this season but I have no doubt that when the season gets going again, or if it's next season, I'll pick up.

"I've put things behind me and I'm ready to go again.

"There are English strikers who have been doing well this season and would have fancied their chances for the Euros, but it being put back another year, we'll see who is the most consistent

"It's about focusing on your club and then international football comes on the back of that.

"I'll just be focusing on myself week in, week out and then come the end of the next season, hopefully I'll find myself in the squad."