Conor Coady: We should be proud of #PlayersTogether

Wolves captain Conor Coady has been telling Sky Sports' Jamie Carragher how he and his fellow Premier League captains got together to set up the #PlayersTogether initiative in order to support the National Health Service in its fight against coronavirus.

Premier League clubs said last week they wanted players to take a pay cut of 30 per cent - but no agreement has been reached and the players have since announced their own plan.

Coady says it took him and fellow pros no time at all to come to an agreement over the initiative.

"It is something that has been spoken about for a few weeks now and Jordan Henderson took the initiative to talk to a lot of the captains and players in the Premier League a couple of weeks ago and it was something everyone got on board with straight away," said Coady in an exclusive chat with Carragher.

"I spoke to our players straight away and they wanted to be involved and part of it and I thought it was fantastic getting something set up like that. And then obviously a few things got said about players needing to do a few different things, but at the same time players were talking about getting stuff done.

Southampton became the first Premier League team to announce an agreement with their players over wage deferrals during the current crisis.

However, Coady believes that is a course of action each individual club must decide upon themselves.

"We have spoken about it as captains in terms of what we want to do and agreed that you sort yourself out in your own individual clubs. 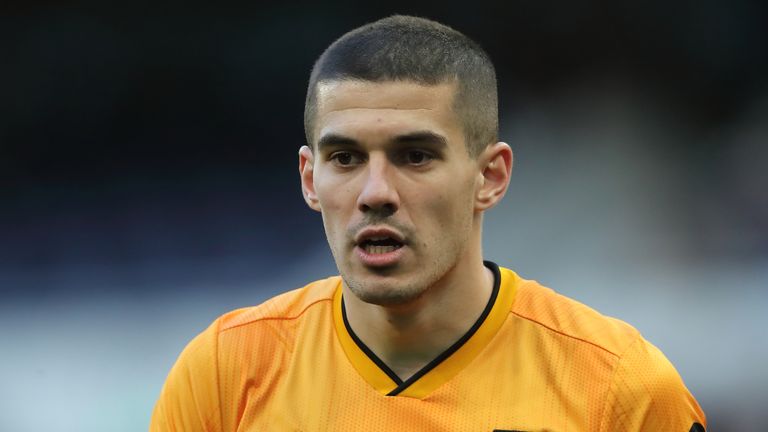 "We want to help our club, but at the same time we were talking about making quite a significant contribution to the NHS and where we believe the money is really needed at the minute.

"I think from our perspective we are now dealing with our own respective clubs and from my own personal point of view, Wolves have been brilliant to be honest and we are staying on top of it.

"It is not something that a decision has been made yet, but I think in a few weeks' time we will stay on top of it and see where the club is at. If they need help, by all means the players want to help. We are not here to say we do not want to help the club, every player at every club I've spoken to has said they want to help, it is just when the time is right."

Despite being frustrated at Health Secretary Matt Hancock's comments last week calling on footballers to "do their part and take a pay cut", Coady thinks he and his fellow players should be immensely proud of what they have achieved by uniting together for such a good cause.

"It was a tough one to see (Hancock's comments)," he said. "I think if you look at it from a Premier League player point of view, it is not really annoyance as lots of people judge us every day of our lives, we are football players, that is what happens.

"I think it was more of a frustration that we were in the process of trying to sort something out, both personally and at a club level, but also Jordan with his fantastic initiative that he wanted to set up.

"So it was more a frustration in that no one really knew what we were doing, people just paint this picture of footballers being a little bit selfish in terms of that. But I can promise you now that there are some fantastic people in football who want to help and want to help the right people at the right times.