The Premier League is meeting again on Friday as they continue their response to the coronavirus crisis, but what is happening this time? Sky Sports News reporter Kaveh Solhekol has the answers...

Why is this meeting important?

Premier League clubs will try to agree on a way to end this season when they meet on Friday morning. The League's preferred option remains to finish the remaining 92 games as and when it is safe to do so.

As Sky Sports News reported earlier this week, an increasing number of clubs want a cut-off date of June 30 for the season to be finished by so they can start forward planning.

When is it and who will be at the meeting?

The video conference is due to start at 10.30am and all 20 Premier League clubs will be represented by their owners or senior executives.

Why has June 30 emerged as a potential cut-off date? 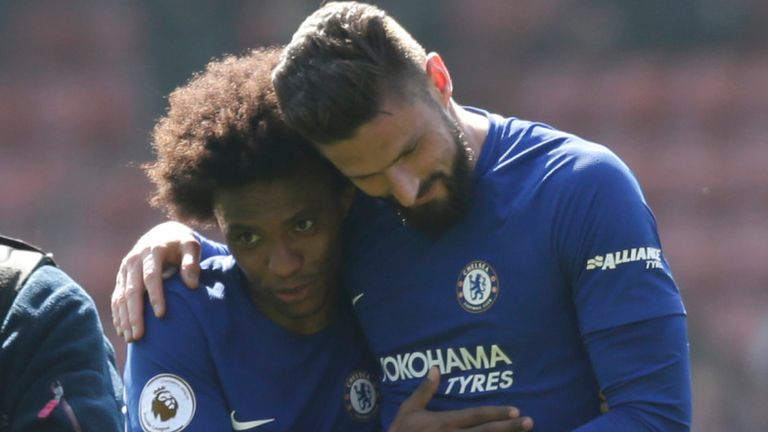 An increasing number of clubs fear their out-of-contract and loan players will be able to walk away when they become free agents at the end of June. This would weaken some squads and affect the integrity of the competition with some clubs competing for European places and some fighting to avoid relegation.

FIFA wants players who are out of contract at the end of June to sign rolling contract extensions but they are not legally obliged to stay once their contracts run out.

Will any binding decisions be taken at the meeting?

The meeting will update clubs on the possible options for finishing the current season. It is thought no decisions will be made because there is little point in having a vote when it is not clear when games can re-start.

How will the Premier League decide when it is safe to start playing again? 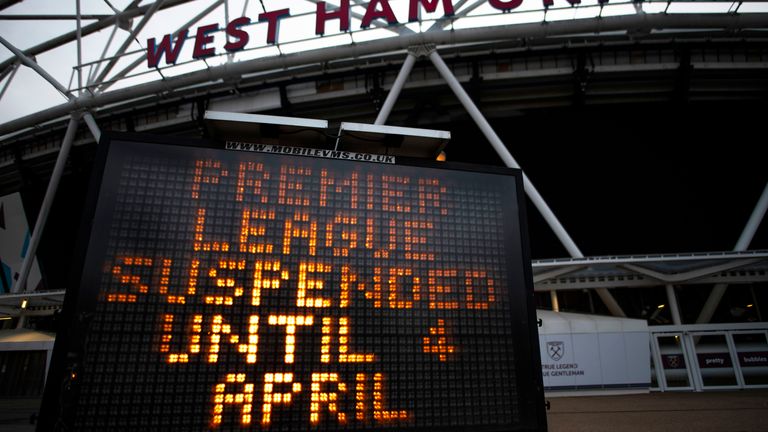 Sky Sports News' Kaveh Solhekol and Dharmesh Sheth explain why this will be a pivotal week for football, with key decisions due to be made amidst the coronavirus pandemic

Football will only re-start when the government says it is safe for players to train and play again. On Thursday, the government confirmed the lockdown would stay in place for at least another three weeks.

When football returns, games are likely to be played behind closed doors. There is also the possibility that venues such as Wembley Stadium could be used for games.

Do all the clubs still want the season to be completed?

That is the official position. The 20 clubs have put on a united front by maintaining they want the season to be played in full. Some clubs though believe privately there is still a chance the season may not be completed. They worry it may be impossible to play again before the start of next season at the earliest.

What else will be talked about?

The meetings are private and no agendas are released but it is expected that pay cuts and deferrals will be discussed as well as issues surrounding the transfer window.

Clubs may also be keen to share best practice information about the work they are doing supporting their communities and the National Health Service.

Analysis: 'Abyss of information... but something has to give' 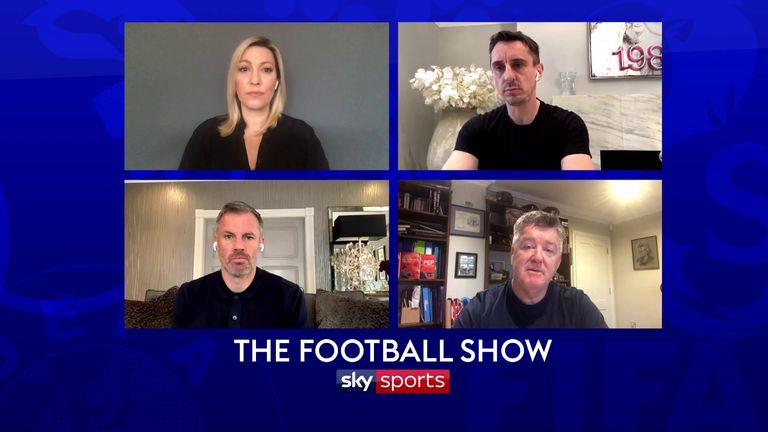 Speaking on Friday's The Football Show, Gary Neville and Jamie Carragher discussed football's predicament and called for increased communication over the challenges of a return to action.

Carragher: "There have been a lot of 'semi-decisions' to buy time but I think very soon we'll have to make decisions on this season and next season. Something's got to give at some stage - maybe a competition this season or next has to be taken out of the calendar to allow space because next season may be a tighter timeframe. Right now, no one has given up anything but eventually we'll need to make decisions and someone will lose out on something."

Neville: "Some of the things we can't make decisions on because we've entered a new period of lockdown. A lot of things are out of (the authorities') control in terms of how the virus will spread. Football is a contact sport - the opposite of social distancing. There are challenges. In three weeks' time we're six weeks away from contracts ending. Admittedly there's another month of notice but the walls are closing in.

"I actually get the feeling (the authorities) are stuck; everyone is fending for their own rights. Where are the club owners and CEOs? There's an abyss of information - we're just speculating all the time. Football has gone quiet. It would be nice to hear them communicate about the challenges taking place. Even if you don't know the outcomes, you have to communicate."

Analysis: Would a player keep playing if out of contract?

Speaking on Thursday's The Football Show, Jamie Redknapp and Jamie Carragher gave their opinion on a potential June 30 end date, and whether players could carry on playing slightly beyond that date if they were out of contract...

Redknapp: "Obviously you want loyalty from a player, but then the player might ask: 'What if I'm not insured in that time, and I pick up an injury and my career ends?'

"So you're asking for an awful lot of goodwill at this time, which isn't easy as there will be pressure from the fans, family, agents. I can understand it from both sides."

Carragher: "I'd just play, whether I was under contract or not, it's a game of football and I want to play, and I'd want to see the season out. Every team is in the same boat. Whether you can extend contracts by an extra month legally, I don't know, but I think if you've got a few games of the season left, if you've got that far, you might as well just finish it.

"I agree that family, agents, and the different ages of players can cause a problem too, but as I said I think if there were a couple games left to play and I wanted to get my team to the league title, into the Champions League, or to stay up, if I was in that situation I'd play the extra couple of games for the club."